36,000 Verizon workers, including staffs in Richmond, go on strike 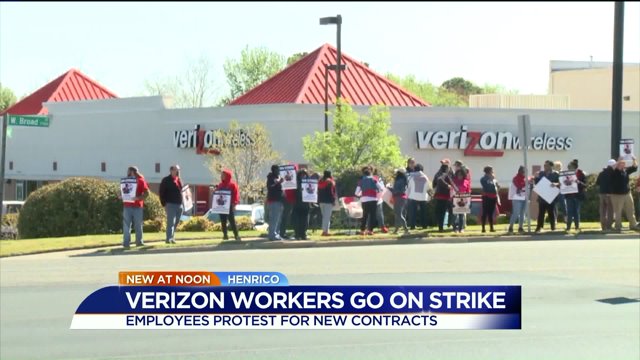 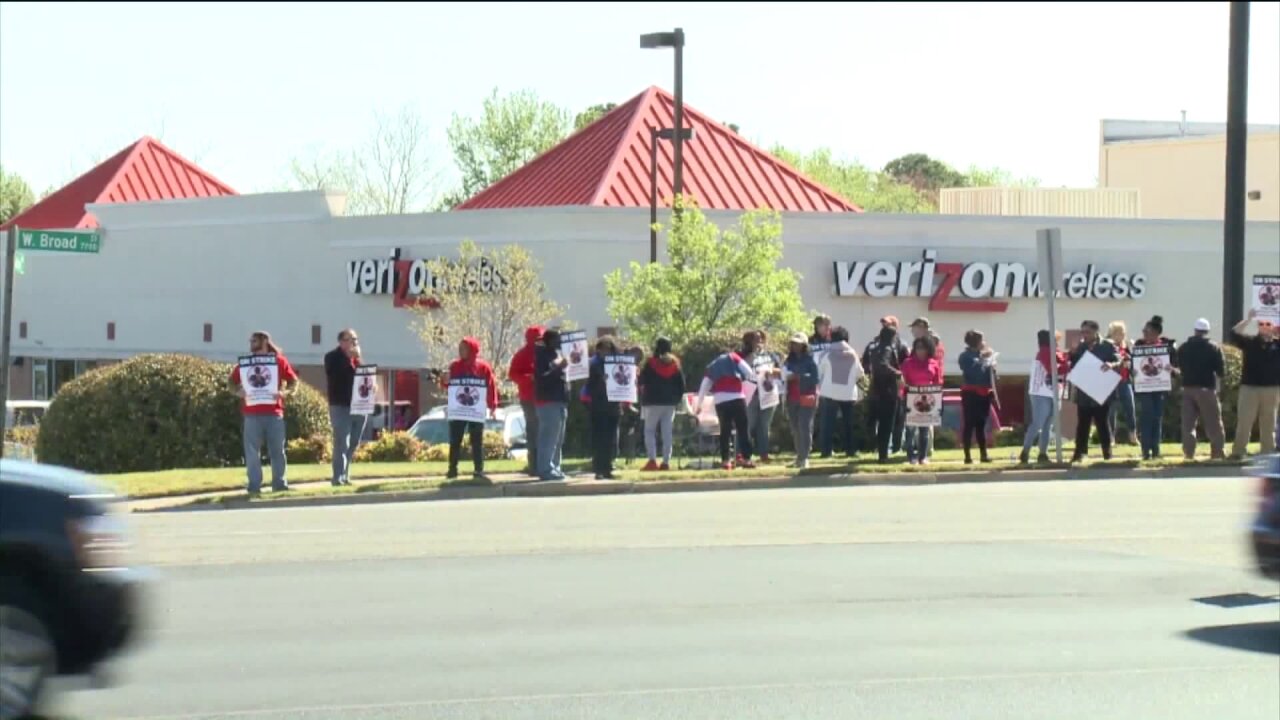 NEW YORK -- 36,000 Verizon workers have walked off the job Wednesday after failing to reach a new labor agreement.

This is the largest strike in the United States since Verizon workers last walked off the job in 2011, according to the U.S. Bureau of Labor Statistics. That strike involved 45,000 workers.

Most of the striking workers service the company's landline phone business and FiOS broadband network -- not the much larger Verizon Wireless network. They have gone without a contract since August, and their union, the Communication Workers of America, says it is fighting to get Verizon to come to the table with a better offer.

The union's list of complaints is a long one: Verizon has outsourced 5,000 jobs to workers in Mexico, the Philippines and the Dominican Republic. Verizon is hiring more low-wage, non-union contractors, the union says.

"The main thing is that's it's taking good-paying jobs and taking them away from the American public," said Ken Beckett, a technical telecommunications associate for Verizon and union board member with 1101 CWA, as he picketed with colleagues outside a Verizon office in Manhattan.

The union also claims Verizon won't negotiate with people who work in Verizon stores and is closing call centers. And Verizon is asking workers to work out of state, away from their homes, for months at a time.

Meanwhile, the union says Verizon is cutting costs as its profits have soared.

It's true that Verizon continues to post record profit, but most of that is coming from its wireless business. The "wireline" business that most CWA workers serve is in decline.

Wireline sales have been steadily falling over the past several years. Last year sales fell by nearly 2%, and Verizon lost 1.4 million voice customers.

To help make up for the losses, Verizon continues to offload some of its wireline assets, and it has been offshoring some of its workers overseas. The company says it saved $300 million in employee costs in 2015.

Still, Verizon managed to post an $8.9 billion operating profit in its wireline business last year. That was down slightly from 2014, but not by much.

Even as traditional landlines and DSL continue to fall out of favor, Verizon's FiOS broadband business has continued to grow, making up an increasingly large part of Verizon's wireline business.

Verizon said that it has worked with union leaders in good faith since June.

"It's regrettable that union leaders have called a strike, a move that hurts all of our employees," said Marc Reed, Verizon's chief administrative officer. "Unfortunately, union leaders have their own agenda rooted in the past and are ignoring today's digital realities. Calling a strike benefits no one, and brings us no closer to resolution."

Verizon said that it is prepared to serve its customers despite the strike. It said that thousands of non-union workers have been trained to cover new assignments in the event of a strike.