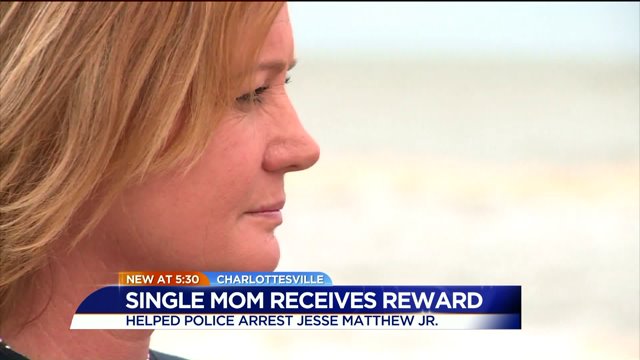 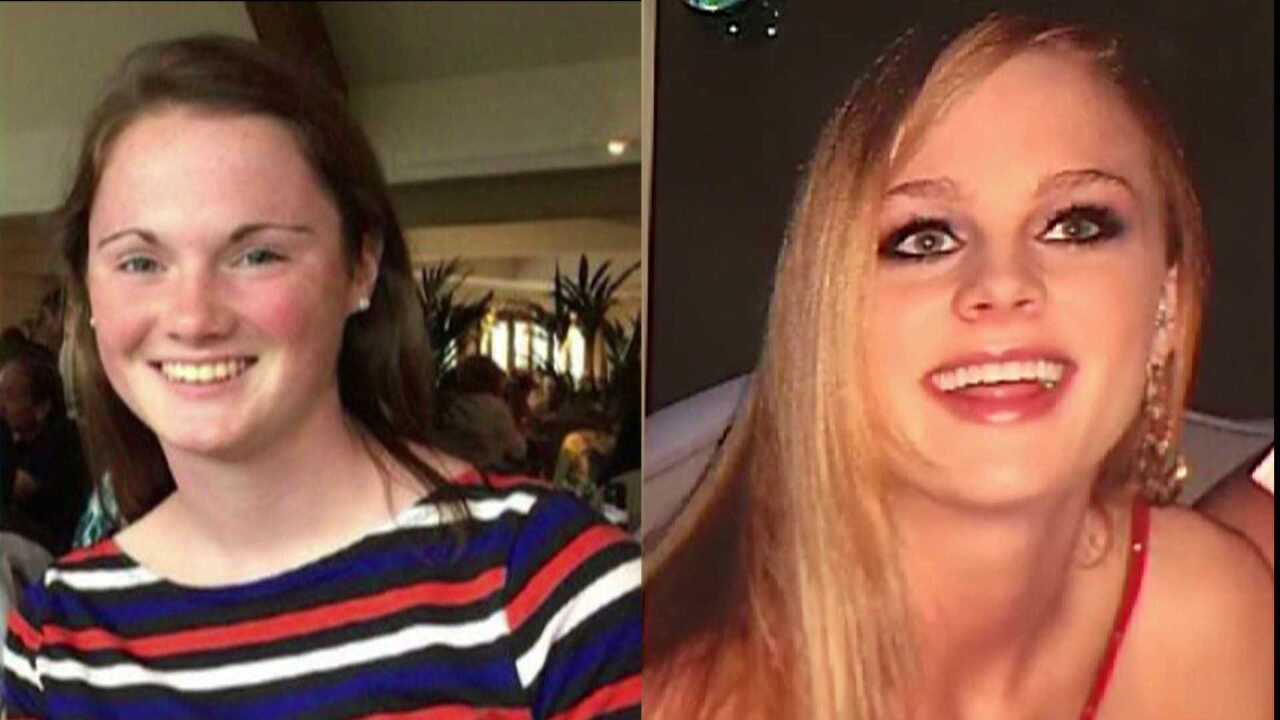 CHARLOTTESVILLE, Va. -- Now that a killer is behind bars for the brutal murders of two Virginia college students, Morgan Harrington and Hannah Graham, Crime Stoppers released reward money to those who helped solve the Harrington case.

On Monday, in front of the Albemarle Circuit Courthouse -- where Jesse Matthew Jr. recently entered a plea deal admitting that he abducted and murdered both women – Crime Stoppers treasurer Fred Payne made the announcement.

The organization does not release fiscal amounts or recipients.

The rock band Metallica, whose concert Harrington attended the night she disappeared, previously pledged $50,000 for information that led to an arrest and conviction in the Harrington case.

CBS 6 independently confirmed that Karen Monk will receive a reward for her quick-thinking actions that led to the arrest of Matthew over 1,000 miles from Virginia, on the Texas Bolivar Peninsula, near Galveston.

“It was very scary that day and I still think about it all the time,” said Monk, after learning about the reward Monday.

“When I looked up and saw him his facial features are unmistakable,” Monk said in the interview. “I recognized him from the photos they had been posting on the morning news. He was probably 10 feet from me and he sat there for what felt like minutes looking right in my eyes so I wasn't gonna give up."

The single mother of three was very emotional when she spoke to CBS 6, and spoke of mounting medical bills and college tuition for her sons.

“I never expected it but God gives you things you need,” said Monk. “God gives you everything you need and I know this is a blessing on me,."

She said the first thing she will do with the money is to take the family to the dentist.

“I have two sons in college and (tears), sorry it will help out so much you know (tears),” she said.

She said she is glad Matthew is behind bars but she still feels “terrible for the families he affected.”

“You’ve got to have faith and everything is going to work out just fine, and again I am so sad for the families who lost loved ones,” Monk said.

One other individual will receive reward money.

“There were a couple pieces of evidence that were of single importance and we based the award on that,” said Payne.

Money that was not subject to the award will be donated by Crime Stoppers to The Help Save the Next Girl organization that the parents of Morgan Harrington started after her disappearance.

The city of Charlottesville has collected reward money in the Graham case. Police say up to $20,000 could be distributed. A decision on how to allocate those funds is expected as early as next week.