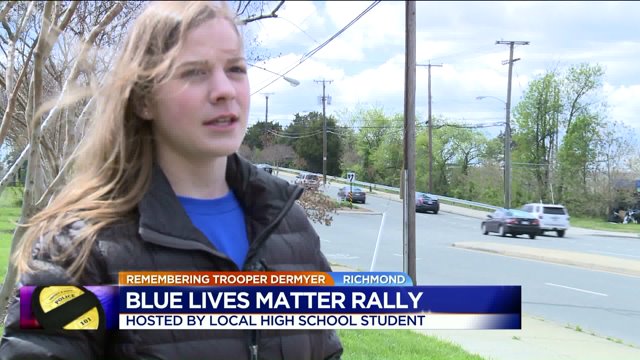 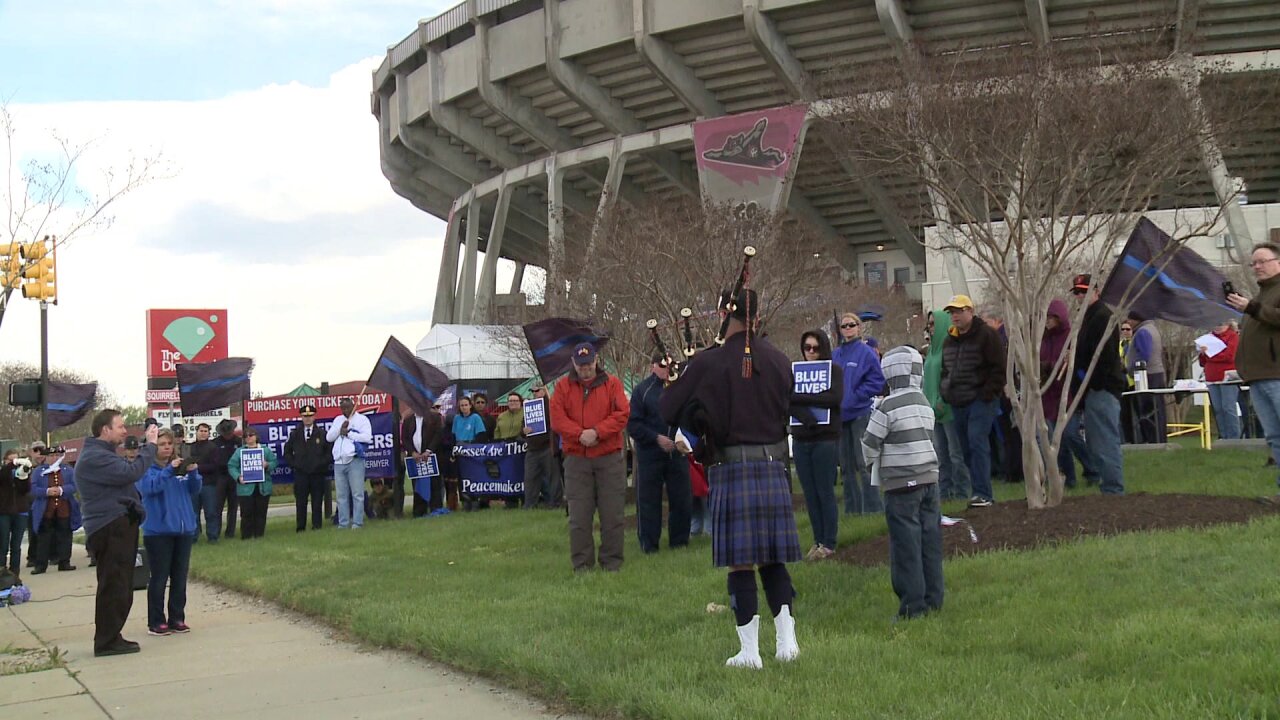 Emma Capps said she organized the small rally at the Diamond to send a big message to the men and women who work every day to keep our community safe.

"I"ve always felt like it's more important to follow my heart and see what's best and what needs to be done," Capps said. " And this is just one of those times.” said Emma Capps, Organizer, Blue Lives Matter rally.

The 16-year-old was referring to Trooper Dermyer's tragic killing.

"I knew I had to do something about it because when you hear about shootings happening in distant cities in other parts of the country, it hurts,” Capps said.

Dermyer was killed in the line of duty more than a week ago during a training exercise at Richmond's Greyhound bus station. The shooter, James Brown III, was also killed.

After the shooting inside the station, Capps, a local blogger, said she was compelled to do something despite negative comments she received on social media.

"On my blog, I've gotten a lot of people calling me a racist, offensive and bigoted for supporting police who they say just go out and kill people for their skin color,” Capps explained. “At first, getting all of those negative comments, you know, it made me almost hate myself for what I was doing.”

But Emma said she is committed to the cause. That unwavering support meant a lot to the men and women who put their lives at risk every day.

"It's heartwarming,” said Capt. Steven Chumley with Virginia State police. "When they appreciate you that way, it just makes all the difference in the world. And I really think that's the gas that keeps us going."

That is is why Capps is urging other young people to get involved and take action.

"Just do anything you can -- thank a police officer,” Capps said. “Spread support and appreciation because we need to respect and honor them.”