Donations for Trooper Chad Dermyer pour in from across the country 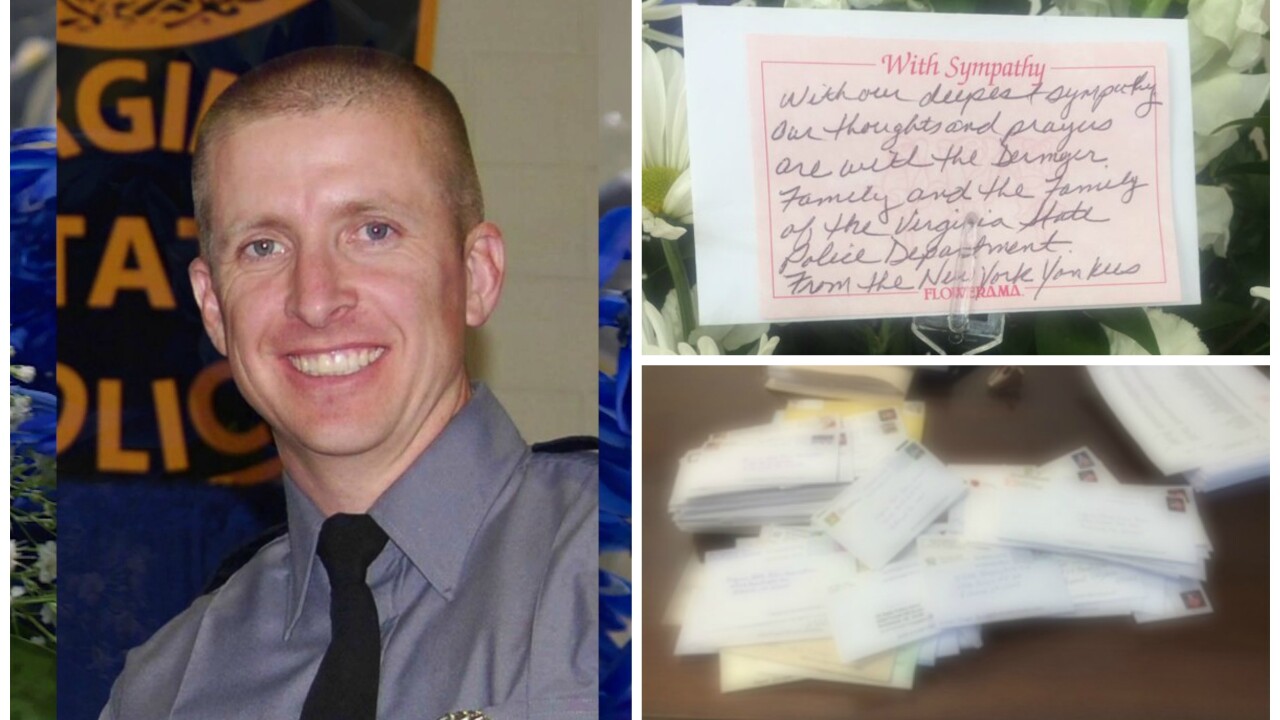 RICHMOND, Va. — One week after Virginia State Police Trooper Chad Dermyer was killed in the line of duty, donations for his family continue to pour in from all over the country.

Executive director of the Virginia State Police Association Wayne Huggins said as of 3:00 p.m. Thursday, they have received $55,922 in donations. One hundred percent of the money will go to Dermyer’s family.

Wednesday alone, he said the mail carrier brought crates full of mail with sympathy cards, letters and checks ranging from $3.00 to $1,000. This totaled to a whopping $20,951 on Wednesday alone.

Huggins said it took four people two hours to get through all of yesterday’s mail, and the money and messages keep coming in.

Huggins pointed out these donations are coming from all over the country. He named North Carolina and New Jersey specifically.

Huggins, who has been with the association since the 70’s, said in all of his time he has never seen such an outpouring of support for a fallen trooper.

The outpouring of support for the Dermyer family even came from the New York Yankees, who sent flowers to Virginia State Police Headquarters expressing their condolences.

The Virginia State Police Association is accepting donations for the Dermyer family. Checks should be addressed to VSPA Emergency Relief Fund and with Trooper Dermyer in the “memo” line. Donations can be mailed or dropped off at the VSPA at 6944 Forest Hill Avenue in Richmond, Virginia 23225. (While a GoFundMe account has also been created, officials pointed out that the crowdfunding website takes a portion of proceeds generated. By donating to the VSPA, all of your donation will go to the family.)