Dermyer family says thank you, ‘We will forever be part of this community’ 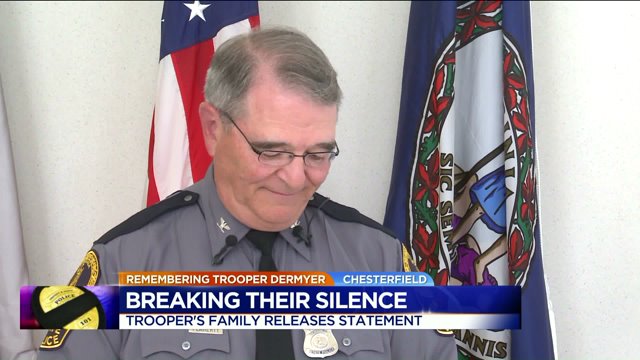 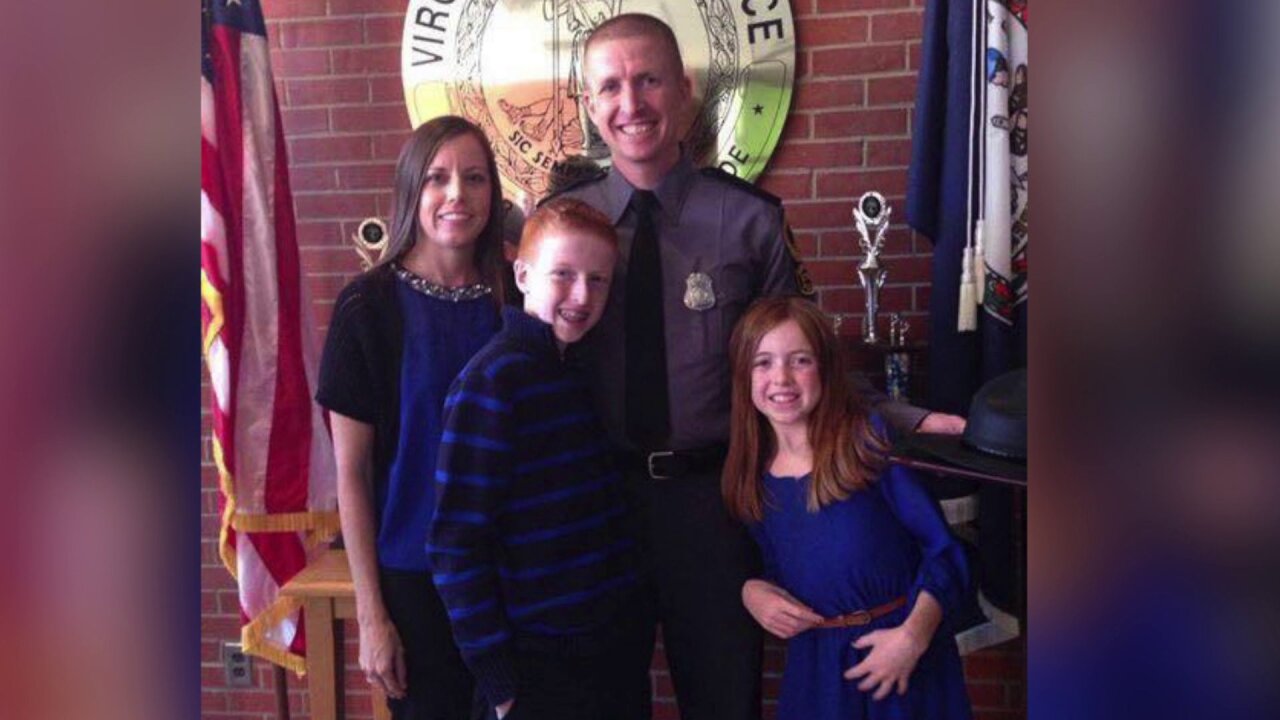 CHESTERFIELD COUNTY, Va. -- For the first time since Virginia State Police Trooper Chad Dermyer's murder, his family is speaking out through an open letter to people in Virginia and across the county.

Words now accompany the emotions seen in pictures by the family of Trooper Dermyer Wednesday.

Virginia State Police Colonel Steven Flaherty read an open letter from the family honoring Dermyer and extending gratitude to the nation, State of Virginia, and local communities for the outpouring of love and support they’ve received.

“This past week has been extremely difficult on our family,” the letter said. “Many of you knew Chad personally and understand how truly special he was, not simply as a loving husband, father, son, brother, uncle, cousin, and friend, but also as a man who was deeply committed to protecting others and bringing people and communities together.”

In the letter, Dermyer`s family talked about his gentle nature, his kind heart, his passion for helping others, and his devotion to his family.

“The outpouring of affection was evident not simply in the streets lined with people, but also in the everyday stories that people shared with us—kind words of how Chad lent a hand, told a joke, or how he simply showed up. Everyday. They served as validation to us and to his legacy. It has been our honor to stand with you and salute Chad.”

Dermyer`s family talked about his love of sports, especially soccer and the Detroit Lions. He also shared this love of soccer with his children, as he was an assistant coach for his son’s soccer team.

The family ended the letter thanking Governor Terry McAuliffe for honoring Dermyer and Virginia State Police for comforting their family during this difficult time.

“We appreciate the respect you gave our family, ensuring that every need was attended to and enabling us the privacy and freedom our family needed to grieve.”

“Thank you to everyone who helped give our hero a hero’s farewell. We will forever be a part of this community that Chad was so proud to serve."

Dermyer`s brother John also wrote an open letter, calling his brother an amazing person, who would do anything for anyone.

Here are his final words about the man he called his best friend:

“It is a great loss to the world, even greater to those who were lucky enough to know him and be loved by him.”