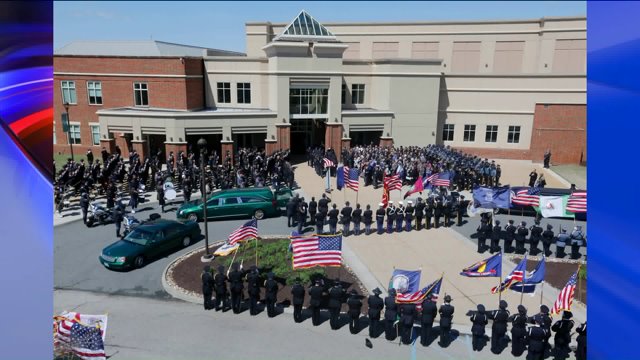 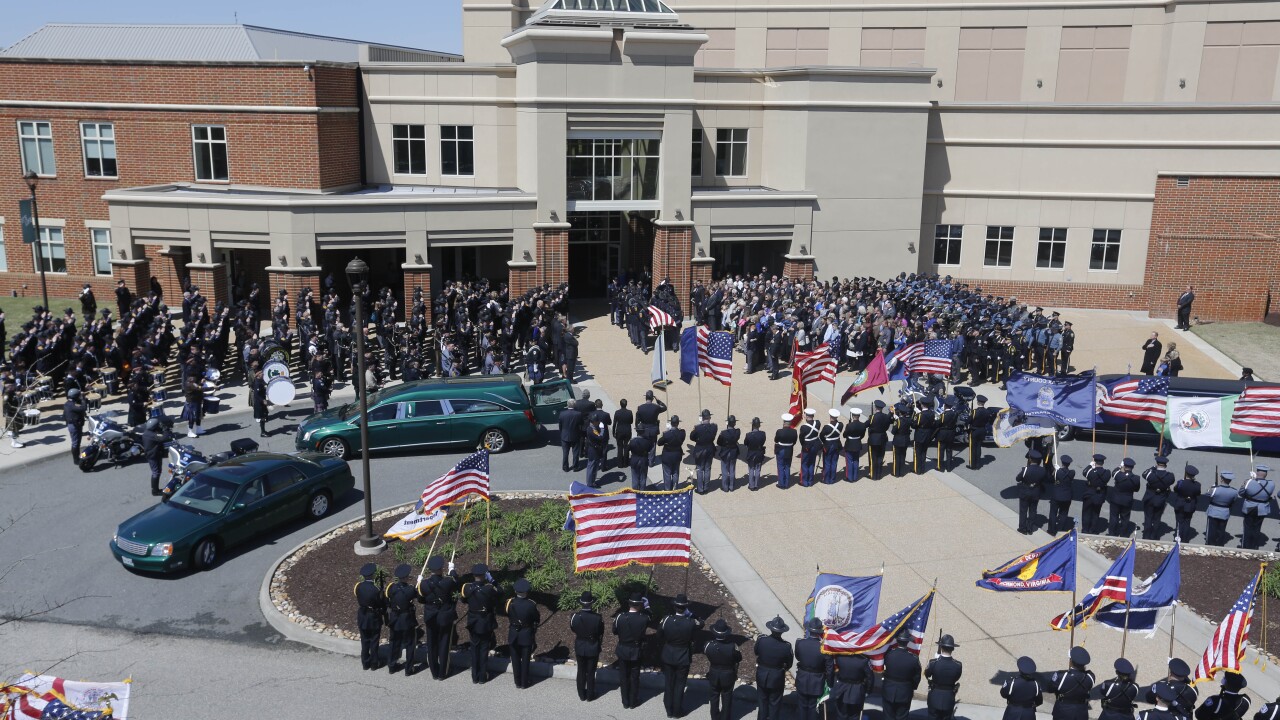 Virginia State Police Superintendent Colonel W. Steven Flaherty said that Dermyer proved every day, on duty and off duty, that he had what it takes to be in law enforcement.

“He had integrity, fortitude, character, and lord knows, he had compassion for other people,” Flaherty said.

The emotion in the sanctuary was palpable as Dermyer's former shift partner with the Newport New Police, Cyndi Grace  spoke, and as she addressed his wife, son and daughter.

She said she was a better person for knowing Dermyer.

"He had a megawatt, true genuine smile that illuminated any room he was in. When you were the recipient of that smile it was like food for your soul. A bad day vanished, just like that," Grace said.

More than 80 out of state officers representing more than 20 agencies attended Dermyer's funeral. There were 250 cars in the procession over to Gloucester County for the private burial.

The order of the Program for Trooper Dermyer’s Service was as follows: 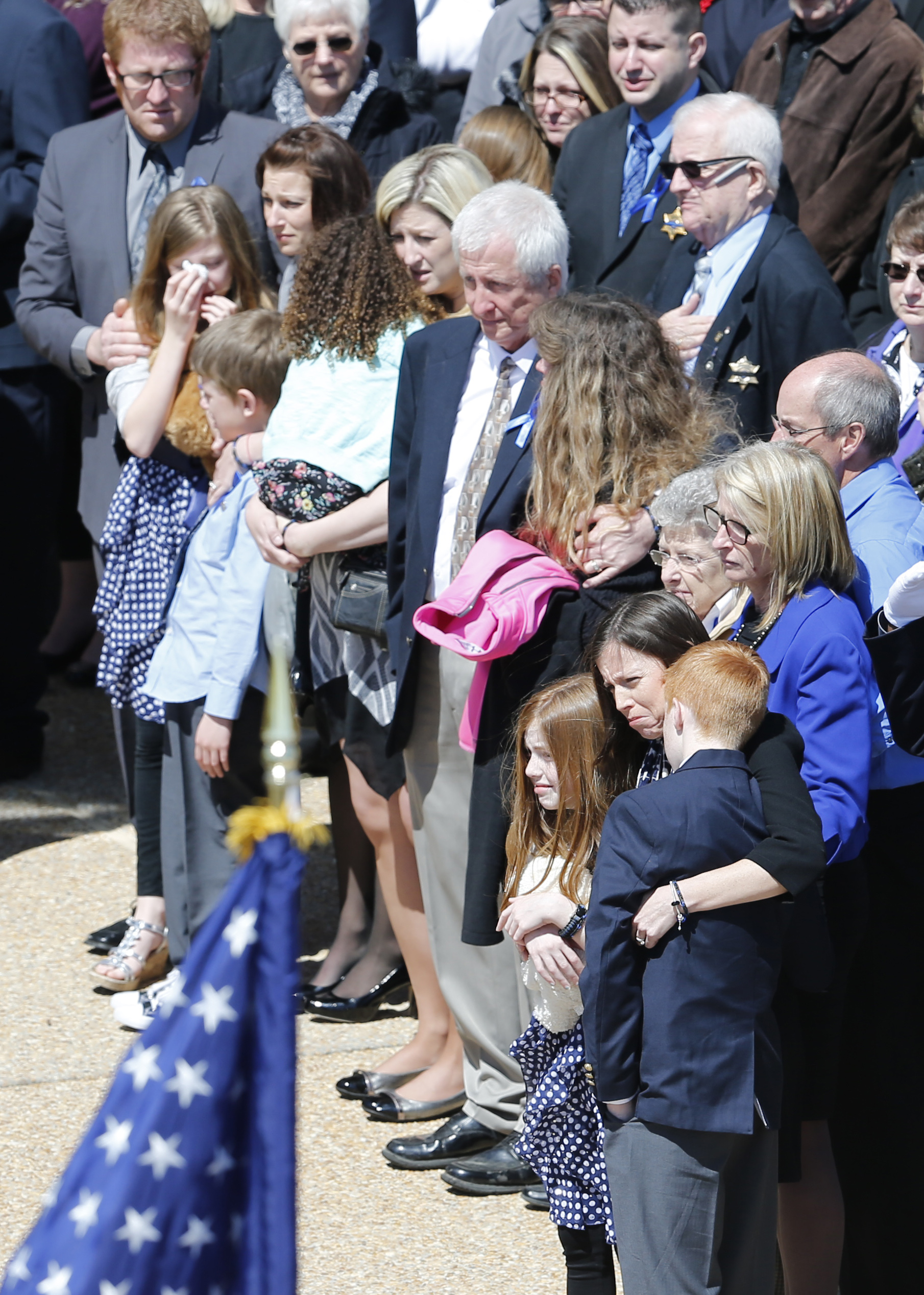 Virginia State Police Superintendent Colonel W. Steven Flaherty described the March 31 shooting as something that happened without alarm and within seconds.

Dermyer and 16 other troopers, special agents, and supervisors, were going through a training operation at the bus station, when he approached James Brown III, 34, of Aurora, Illinois. The interaction was part of Trooper Dermyer's introductory training, as he was new to the counter terrorism and criminal interdiction unit.

Dermyer tried to carry a conversation with Brown near the front entrance of the bus station around 2:40 p.m., but within seconds Brown pulled out a 40 caliber Beretta semi-automatic pistol from his pants and shot Dermyer multiple times.

At that point, two troopers returned fire, striking Brown and taking him into custody. Brown was transported to VCU Medical Center where he died.

Col. Flaherty said Brown was coming from Raleigh and headed to Chicago through the Greyhound bus with 143 rounds of unspent ammunition in his possession.

CBS 6 reporter Mark Holmberg uncovered brown’s extensive criminal history in his home state of Illinois, with charges including murder, intent to kill, aggravated battery with a firearm, failure to obey police, and aggravated battery of a pregnant woman.

Edith Brown, who helped raise Brown and had allowed him to stay with her until December, when she said she told him he had to leave, said her nephew's actions did not surprised her

"He always liked the criminal side," she said. "He had a lot of anger about the police in the past. He pretty much thought he wanted to be infamous . . . in terms of having a showdown. He always praised those people who got into shootouts with police."