Trump says federal laws should not be changed to outlaw abortion 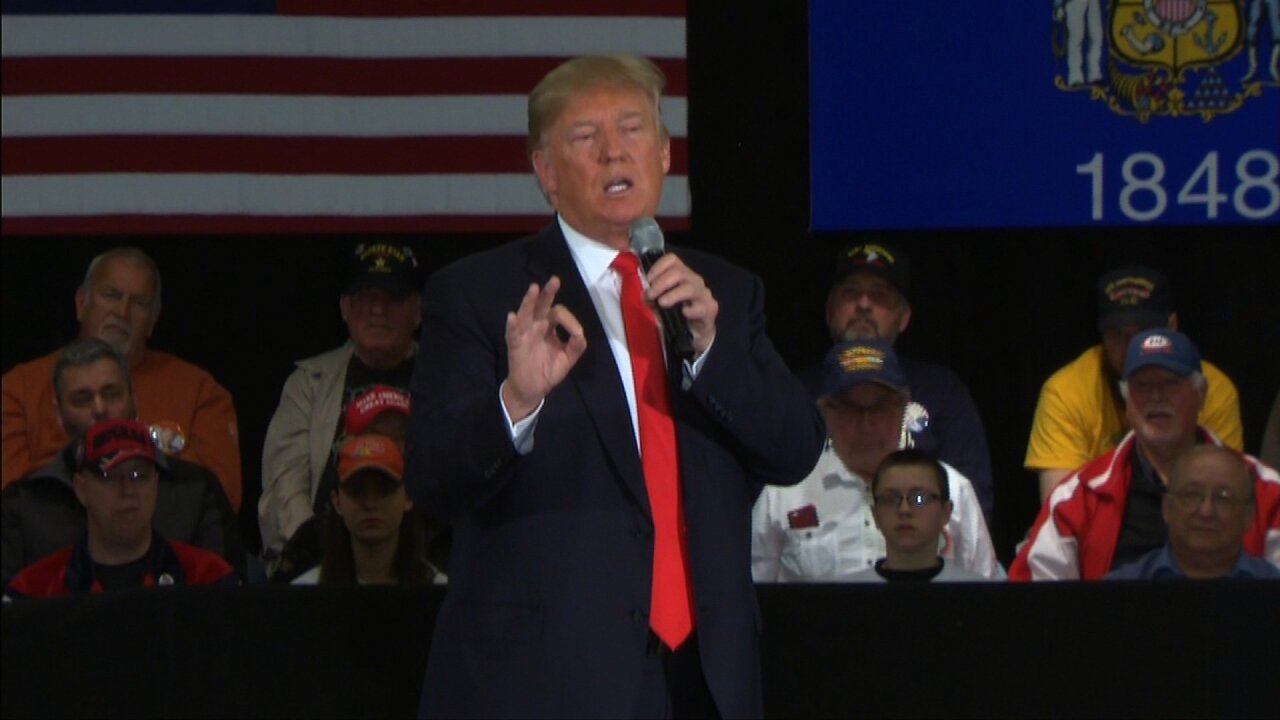 Donald Trump said Wednesday that women who undergo abortions should face “some form of punishment” if the procedure were outlawed.

Donald Trump on Friday appeared to again reverse his position on abortion, arguing that federal laws should not be changed to outlaw the procedure.

“At this moment the laws are set. And I think we have to leave it that way,” Trump said Friday in an interview with CBS’s John Dickerson on “Face the Nation.” The full interview will air Sunday morning.

But soon after the comments became public, Trump campaign spokeswoman Hope Hicks said Trump was giving “an accurate account of the law as it is today and made clear it must stay that way now — until he is president. Then he will change the law through his judicial appointments and allow the states to protect the unborn. There is nothing new or different here.”

Trump’s campaign has been engulfed in controversy since Wednesday, when he told MSNBC’s Chris Matthews that women who undergo abortions should face “some form of punishment” if the procedure were outlawed. He walked away from that statement within hours amid bipartisan condemnation, saying if abortion was banned, it would be doctors, not women, facing punishment.

Trump has articulated an anti-abortion position while surging to the top of the Republican presidential race. As recently as Wednesday, Trump told Matthews that “you have to ban (abortion).” In the CBS interview, he said he “would’ve liked” for abortion to be decided on a state-by-state basis.

He also told Dickerson he did not disagree with the view that abortion was tantamount to murder.

Abortion has been legal nationwide since the Supreme Court’s 1973 Roe v. Wade decision.

The GOP front-runner’s waffling on the matter raises questions about his authenticity on the crucial social issue and could undercut the support he has enjoyed among socially conservative and evangelical voters.

The New York billionaire has consistently proclaimed on the campaign trail that he is “very pro-life” and “strong on pro-life,” but his latest proclamation puts Trump closer to politicians who believe abortion should remain legal in the United States.

Trump used to support abortion rights, and said in a 1999 interview with NBC’s “Meet the Press” that he was “very pro-choice” and said he was opposed to any abortion bans, including banning late-term abortions.

But as he courted the conservative base of the Republican Party in recent years before launching his presidential bid, Trump firmly planted his flag in the anti-abortion camp.

He has said that he has “evolved” on the issue and explained that he changed his view on whether abortion should be outlawed based on one of his friend’s experiences.

“One of the primary reasons I changed (was) a friend of mine’s wife was pregnant, and he didn’t really want the baby. He was crying as he was telling me the story. He ends up having the baby and the baby is the apple of his eye. It’s the greatest thing that’s ever happened to him. And you know, here’s a baby that wasn’t going to be let into life. And I heard this, and some other stories, and I am pro-life,” Trump said in a 2011 interview with the Christian Broadcasting Network.

Trump has repeatedly shared that story on the campaign trail at rallies and in interviews as he has sought to convince social conservatives and evangelical voters of the authenticity of his change of heart on the issue.

And as recently as last week, Trump suggested that he would consider a judge’s abortion views in considering his nominees for the Supreme Court.

“Yeah, we’re gonna look at that. We’re gonna look — it’s gonna be pro-life,” Trump said at a news conference in Washington last week when asked whether he would consider a potential nominee’s views on abortion as a litmus test.

The controversy on Friday wrapped up a week in which Trump’s campaign manager was charged with simple battery and the candidate faced renewed scrutiny over his foreign policy positions. Recent polls also show Trump trailing in Wisconsin, which holds its GOP primary on Tuesday, as he struggles to secure the 1,237 delegates needed to win the GOP nomination outright before the convention in July.

“I don’t know that it’s been the worst week in my campaign. I think I’ve had many bad weeks and I’ve had many good weeks,” Trump told Dickerson. “I’ve had some weeks, and you’ve been reporting on them, where that was the end. And then the next week, you see poll numbers where they went up and everybody’s shocked.”