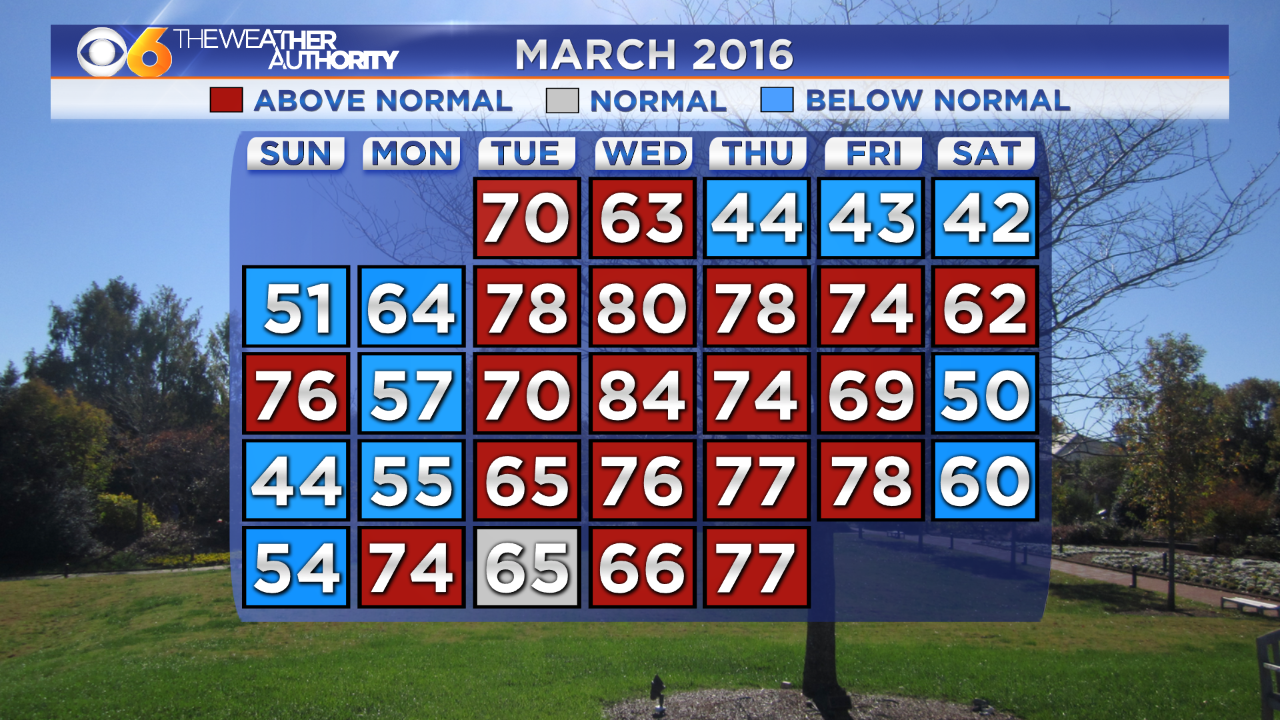 RICHMOND, Va. —  March 2016 finished as a very dry month.  No single day received over 0.20″ of liquid precipitation, and the monthly total was three inches below normal, making it the driest month since November 2012.  Snowfall was a little above normal, but the monthly total was only 1.2″.

Although there were some cold temperatures, the month ended up much warmer than normal.