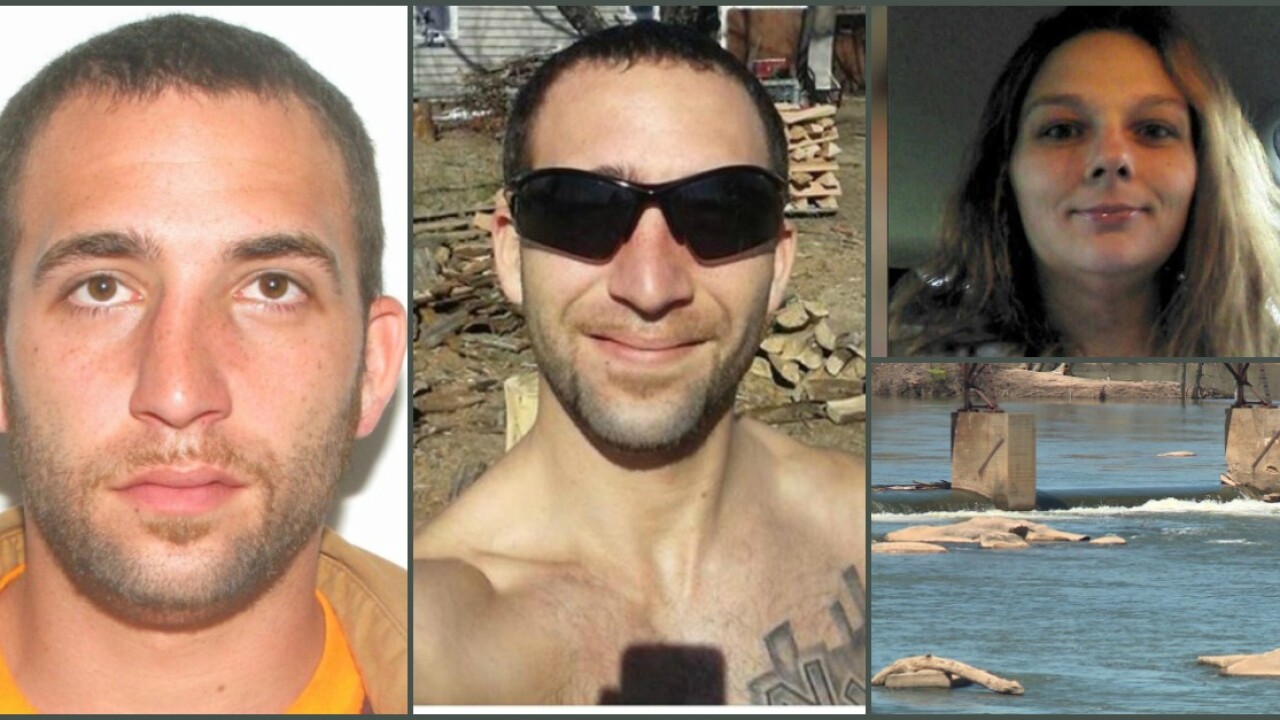 RICHMOND, Va. — Authorities are asking for the public’s help to find a man wanted in connection with their investigation into a woman’s drowning death in the James River earlier this week.

Detectives said 28-year-old Harold Guy Warner, of New York state, was also wanted by the Hornell, N.Y. Police Department in connection with a February meth lab explosion in the town.

After Warner was rescued from the river, he told  detectives his name was Jeffrey Allen White.

A few hours later, RPD detectives determined his true identity and learned he and Briscoe were being sought on drug and endangerment charges in  New York.

By that time, he had been treated for severe hypothermia and was released from the hospital.

Warner is described as a white male, 5 feet 8 inches tall, 150 pounds, with a tattoo of the New York City skyline showing the Twin Towers on his left chest. Officials said he may be staying in a homeless camp long the river.

SHARE to SPREAD the word!
Copyright 2020 Scripps Media, Inc. All rights reserved. This material may not be published, broadcast, rewritten, or redistributed.