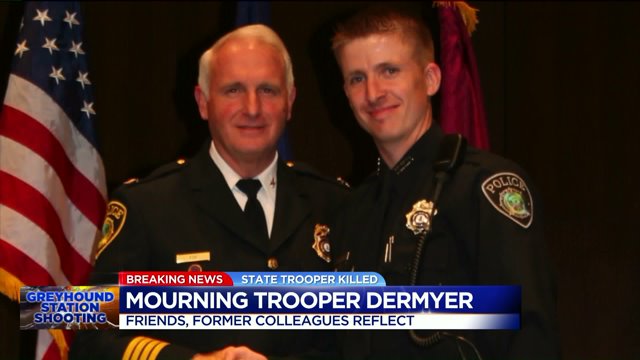 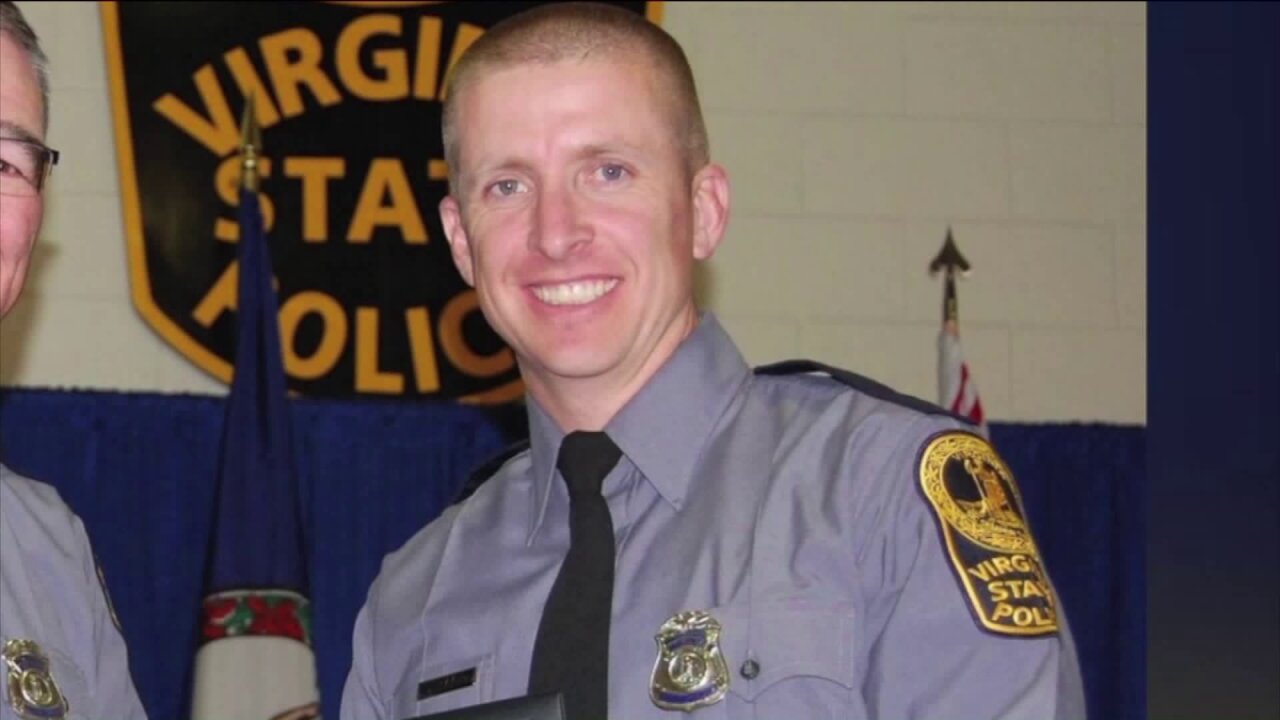 NEWPORT NEWS, Va. -- One day after a shooting at the Richmond Greyhound bus station took the life of Virginia State Trooper Chad Dermyer, his community in Gloucester County and Newport News are speaking about the man they called a colleague and a friend.

“We are mourning his loss, he is truly a member of our family. He'll always be remembered,” said Newport News Assistant Police Chief Joseph Moore, as he fought back tears.

Dermyer was shot and killed in the line of duty Thursday after approaching a man during a training exercise at the bus station. The shooting suspect, James Brown III, was then shot and killed by troopers nearby.

“It is devastating. It’s a black cloud over the department to say the least.”

Prior to joining the Virginia State Police in 2014, Dermyer served with the Newport News Police Department. Assistant Police Chief Moore said Dermyer was always smiling and had progressed quickly since joining the department.

“He had a tremendous work ethic,” Moore said. “He cared deeply about the community and his job. He loved his family. Every day he was smiling yet he was a very hard working officer.”

Dermyer was currently living in Gloucester County where the athletic supervisor tells CBS 6 he was an assistant soccer coach for the Gloucester Baystars.

Meanwhile those who live in Gloucester said they will all be thinking of the Dermyer family and friends as they deal with this devastating tragedy.

Donna Doucett lives in Gloucester. She didn’t personally know Dermyer, but said it hits too close to home for this tight knit community.

“It's devastating to find out something like that in your state and it affected your county,” she said.

Chad Dermeyer is survived by his wife Michelle and two young children.