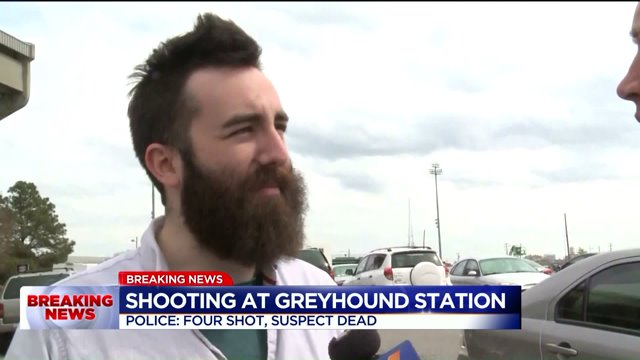 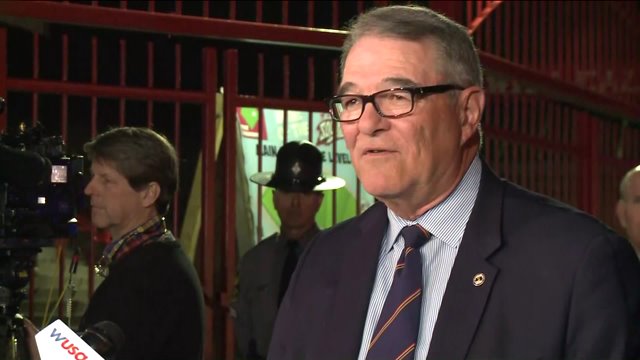 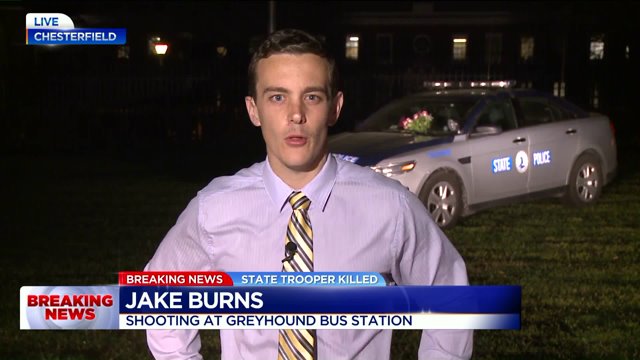 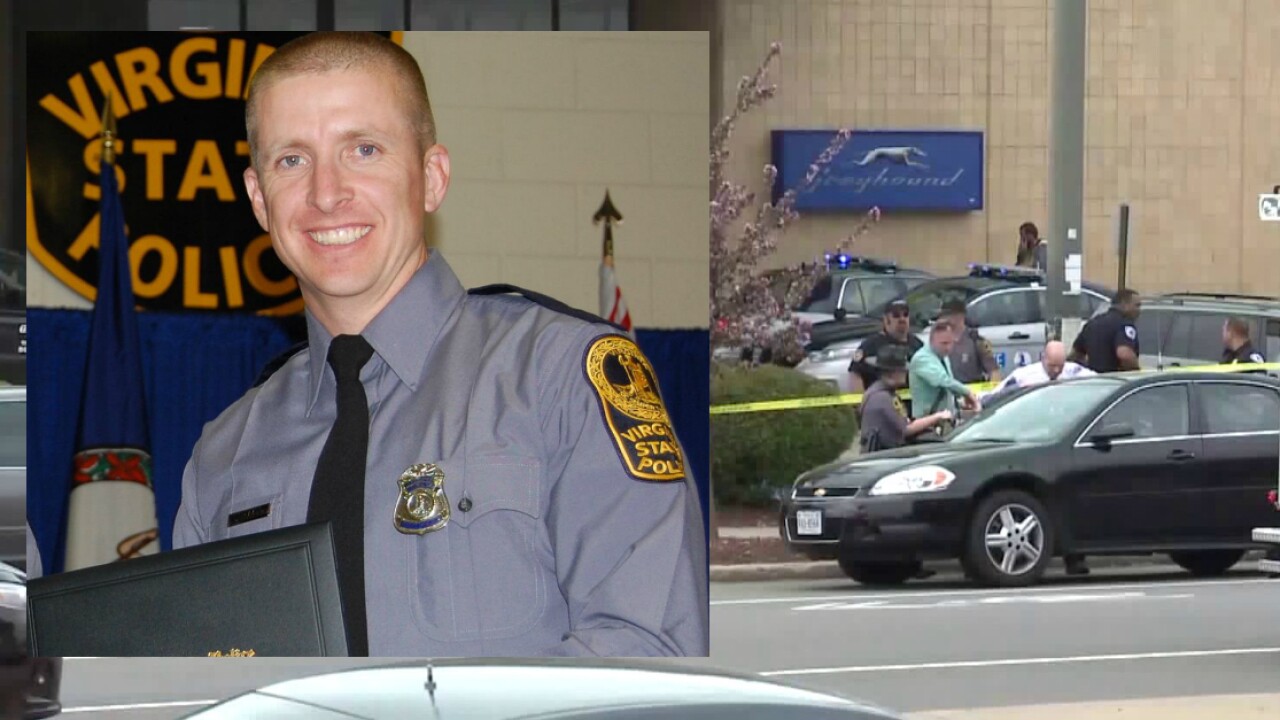 RICHMOND, Va. -- Virginia State Police have released the name of the trooper who was killed after he was shot at a Greyhound bus station in Richmond Thursday afternoon.

Flaherty said the 37-year-old Dermyer was taking part in a training exercise at the bus station when he was approached by the suspect at 2:40 p.m. just inside the front doors of the bus station.

"During the course of talking with the male subject, the male pulled out a handgun and shot the trooper multiple times," officials said in a news release. "As the male subject continued firing his weapon, two state troopers, who were nearby, returned fire."

Dermyer, who was not wearing a vest, was transported to VCU Medical Center where he died.

Two women were also wounded during the shooting. They were transported to VCU Medical Center with non-life-threatening injuries.

State police said they have identified the suspect, who also died VCU Medical Center, was  where he died. His body was transported to the Office of the Chief Medical Examiner for autopsy.

No one else was injured in the shooting.

Flaherty said Dermyer was taking part in a criminal interdiction practices training session with about a dozen other troopers. The team  had completed the classroom portion  of their training and were working on "field practicals" at the bus station when gunfire erupted.

"Trooper Dermyer’s encounter with the male subject was part of the training," officials said. "Trooper Dermyer was in uniform at the time of the shooting."

Dermyer, who is from Jackson, Mich.,  graduated from the Virginia State Police Academy November 2014.

He was first assigned to the Chesapeake Division’s Area 46 Office, which encompasses the cities of Newport News and Hampton, but had been recently transferred to the state police Counter-Terrorism and Criminal Interdiction Unit.

He is survived by his wife and two young children. 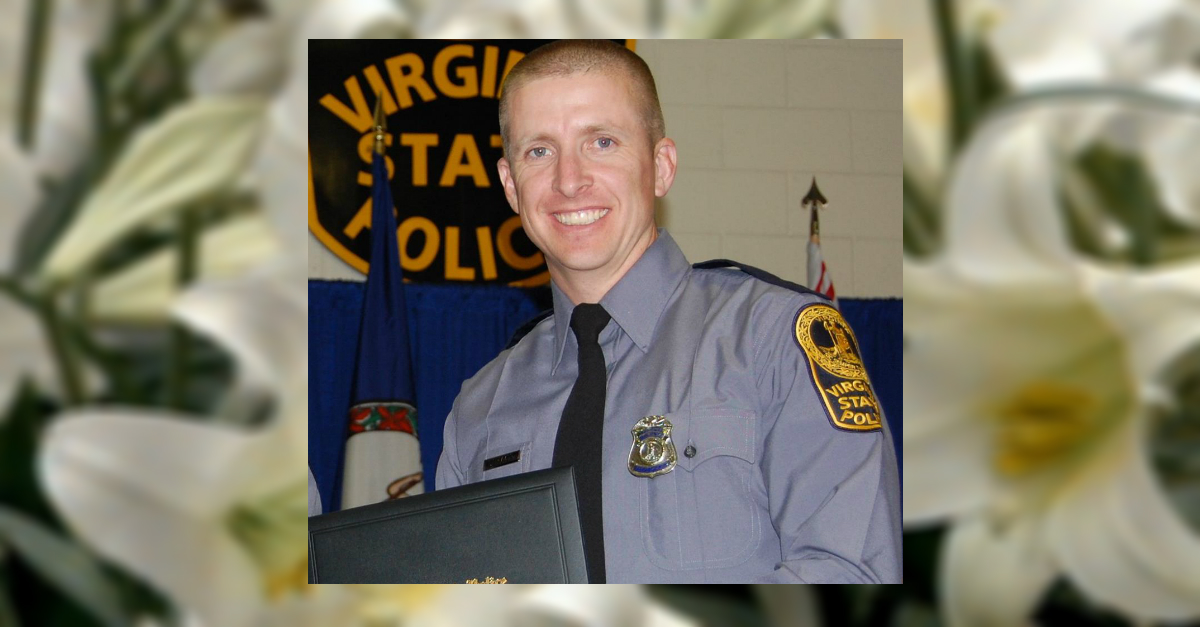 Governor: This Loss Impacts Us All

"Dorothy and I are heartbroken by the senseless death of Virginia State Trooper Chad Dermyer, who died serving in the line of duty today in Richmond. Like so many brave Virginia men and women, Trooper Dermyer put on a uniform and risked his life every day to keep us safe, first as a U.S. Marine and then as a police officer. He was a husband, a father and a hero who was taken from us too soon.

"This is a loss that impacts us all. It should inspire prayers for the family, friends and fellow troopers who are mourning tonight, and gratitude for those who protect and serve. And as we grieve, we should also reflect, yet again, on how we can come together as a Commonwealth to end the senseless violence that costs the lives of too many mothers, fathers, husbands, wives, sons and daughters."

Witness: 'I Could See Muzzle Flashes '

WTVR CBS 6 reporter Jon Burkett arrived on the scene minutes after the shooting. He met Brendan Hamilton from Baltimore, who said he almost walked into the unthinkable. In fact, he said he had just arrived at the bus station, but decided to wait before going inside.

“My girlfriend dropped me off,” Hamilton said. “I decided to smoke a cigarette out front before I got into the bus station.”

He said that decision may have saved his life.

“As soon as I went over to touch the door, I could see muzzle flashes inside.”

When asked what he did next, Hamilton said he “ran the hell out of there.”

“The loud noises didn’t make sense," he said. "I was like, there’s no way that’s gunshots. But then there were five, ten more. And I could see the flash from the gun barrel through the [expletive] window.”

Stay with WTVR.com and watch CBS 6 News for continuing coverage of this story.