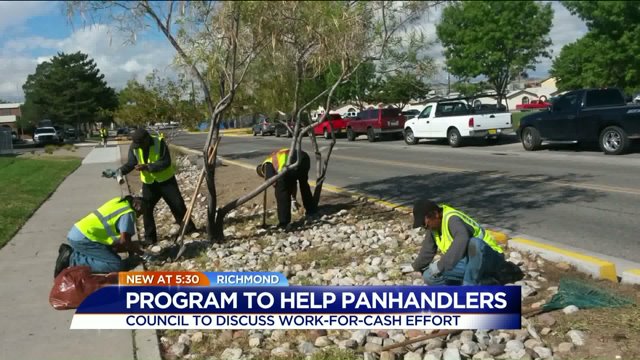 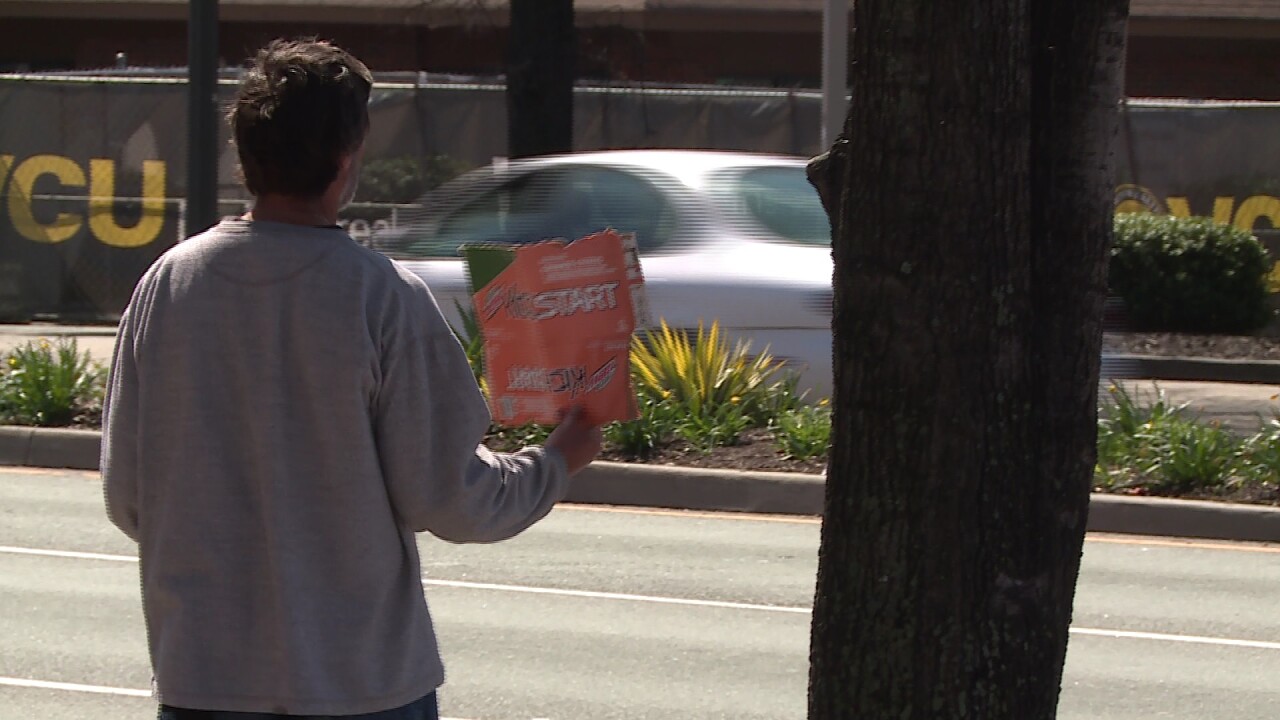 RICHMOND, Va -- Richmond City Council is considering a program aimed at curbing panhandling in the city through an employment program that would pay panhandlers cash in exchange for a full day's work cleaning city streets or weeding public lots.  The idea is based off a pilot program underway in Albuquerque, New Mexico, called the "There's a Better Way Initiative."

"A sixteen passenger van is dispatched early in the mornings, twice per week on Tuesdays and Thursdays to pick up the panhandlers who want to work and earn cash for the day.  At the end of the work day, the van will take the individuals back to a location, where they are paid in cash and staff connects them with social services if needed," according to city council overview of the Albuquerque program.

Panhandlers in Albuquerque who participate are paid $9 per hour for their work, and there is no limit on the number of days an individual can work with the program.  Currently, it runs two days per week.

City council is only asking the Chief Administrative Office to study the viability of a similar program in Richmond.  The paper is scheduled to go before the full council Monday night during their regular meeting.

The Albuquerque program is funded through grants and community donations. Albuquerque now encourages their residents to stop giving money to panhandlers and donate to specific charity organizations instead.

City officials in Albuquerque "tout the program's success," but there are some who question its long term impact, according to the report by Richmond city council.

"Opponents argue that the day work program sets up a system of servitude and the individuals should be offered full time employment for a more stable and permanent job with the city offering benefits and stable pay," the report reads.

Advocates for homeless services in Richmond said their first impression of the proposal is positive.

"Looks like it could be a jump start to actually filling that gap and getting people back in that workforce, that workforce frame of mind," said Sean Monroe, program director for Home Again.

Monroe said many panhandlers he has met in 10 years of work in homeless services "get down on themselves" after being turned down for job after job.

CBS 6 spoke with several panhandlers on Richmond streets Monday.  Every single one told us they would be participate in a program that paid them for labor instead of panhandling.

The issue was discussed at the City Council meeting Monday, but it was continued until the April 11 meeting.