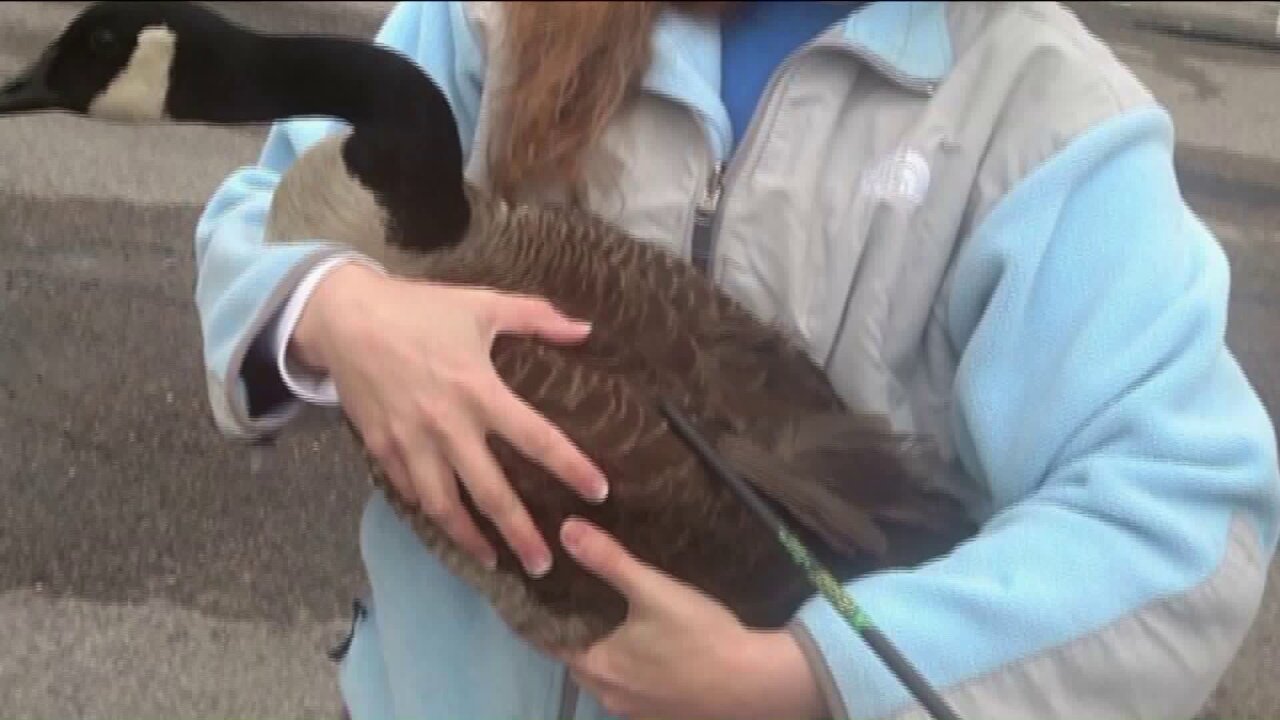 MIDLOTHIAN, Va. — The Canada Goose discovered with an arrow in its body earlier this month is back in the water sooner than expected. The injured goose was found by workers at the Waterford apartment complex near Waterford Lake Drive and Charter Colony Parkway.

The goose was then given to The Richmond Wildlife Center for care.

“The Canada Goose responded to the antibiotics remarkably well and after a 14-day course the infection had resolved,” a Richmond Wildlife Center spokesperson said. “Physical therapy was performed daily on the Goose and the outcome was positive. The Goose regained full extension of its wings much faster than expected and was flying well from end to end within its pen. This goose was very lucky.”

The goose was released back into the wild Wednesday morning. Many of the Waterford complex employees who originally sought help for the goose showed up to make sure the goose was okay.

Although the arrow found inside the goose was used for hunting, investigators and the Richmond Wildlife Center don’t believe a hunter shot the goose.

If you witnessed the goose being shot or have information about the incident, call Chesterfield Animal Services at 804-748-1683.