Henrico man impaled by beach umbrella loses use of eye, warns others 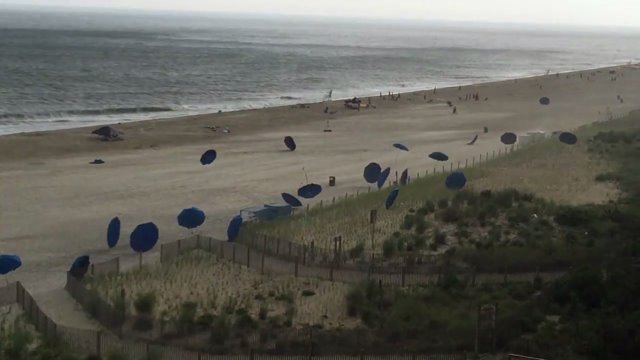 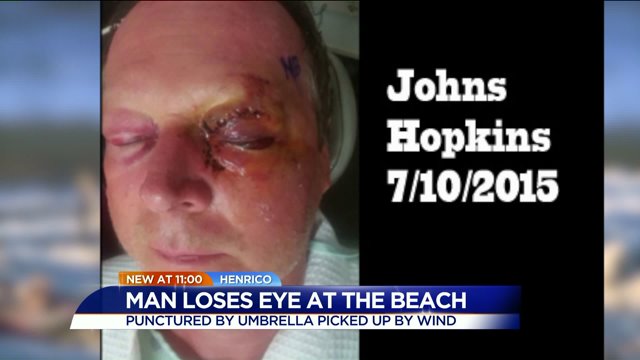 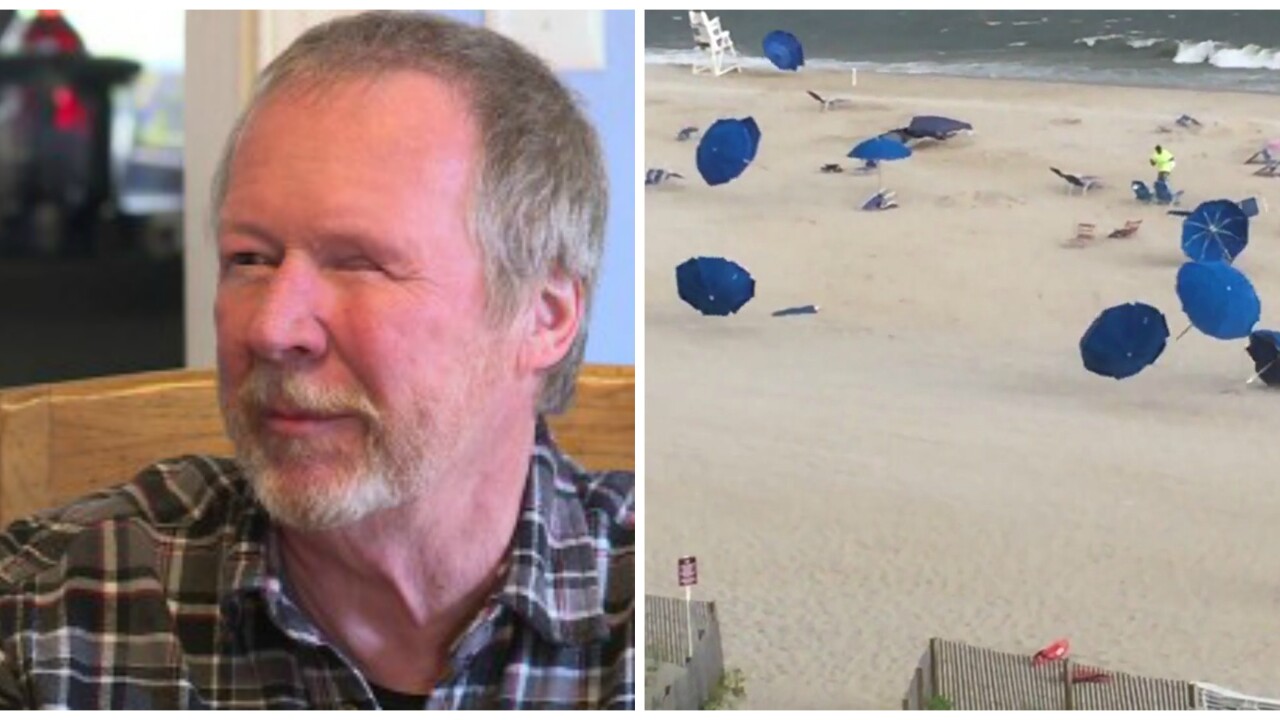 HENRICO COUNTY, Va. -- A Henrico man said what was supposed to be a relaxing day at the beach last year, nearly turned deadly, due to a beach umbrella.

Ed Quigley’s annual summer vacation in Bethany Beach, Delaware is a time to relax and spend quality time with family.

“It’s just, you leave everything behind,” Quigley said.

Yet, last year’s visit turned his beach oasis into an emergency scene.

“My brother in law yelled there is a beach umbrella blowing in the wind, I turned and it went right into my eye,” Quigley said.

Quigley said a light breeze picked up an umbrella from down the beach and drilled it at speeds up to 40 miles per hour into his left eye.

“The bottom of the eye socket is shattered there, and that's the breach into the brain cavity up there,” Quigley said while showing CBS 6 reporter Melissa Hipolit a picture of his CT Scan.

A viral You-Tube video from Ocean City, Maryland shows umbrellas flying across the beach in a similar fashion last summer.

“It was just pushed along like a sail, a javelin with a sail if you can imagine that,” Quigley said.

A helicopter airlifted Quigley to Johns Hopkins in Baltimore where doctors operated on Quigley’s eye.

A few months later he had to have brain surgery.

“Unfortunately, my heart stopped as they were closing, and it took them 23 minutes to bring me back with chest compressions and seven cycles with the paddles,” Quigley said.

Still, he said the injuries could have been a lot worse.

He wanted people to know this happens more than you might think, so you need to be aware. He said if you use beach umbrellas, make sure you buy the kind with air vents at the top and use a sand anchor.

“It’s like a big corkscrew that goes into the sand and you put your umbrella into that it secures it in the sand,” Quigley said.

Hipolit found stories about beach goers in Massachusetts, Florida, and New York who were impaled by flying beach umbrellas.