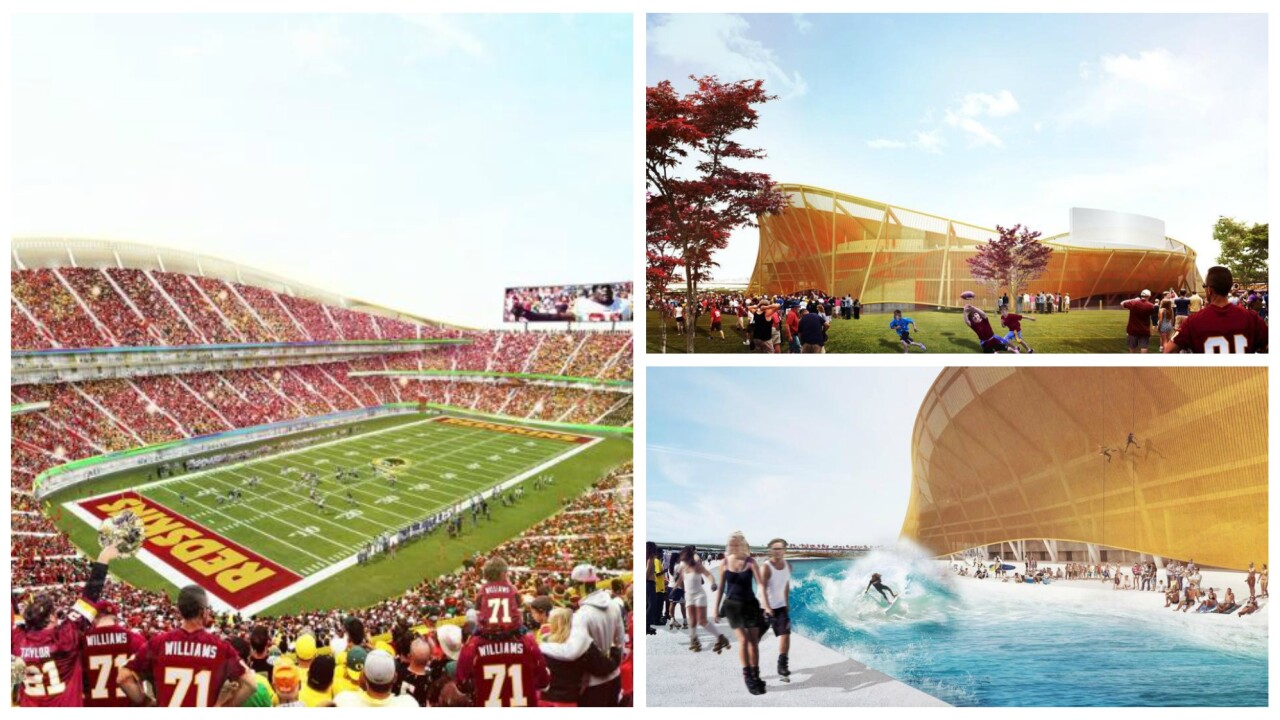 The Washington Redskins and the architecture firm hired to design their new stadium, have released more photos of a new stadium concept, first unveiled by CBS last week.

The Redskins hired world-renowned Danish architecture firm Bjarke Ingels Group or BIG to design the structure. BIG revealed the model during a feature with “60 minutes,” which aired Sunday March 13.

Redskins owner Daniel Snyder has said he would like the team’s new stadium to be more ‘intimate,’ similar to RFK Stadium in Washington DC, where the team played from 1961 to 1996.

On Tuesday, BIG released new photos showing just that along with a moat for kayakers and parks and bridges for tailgaters and fans surrounding the stadium. 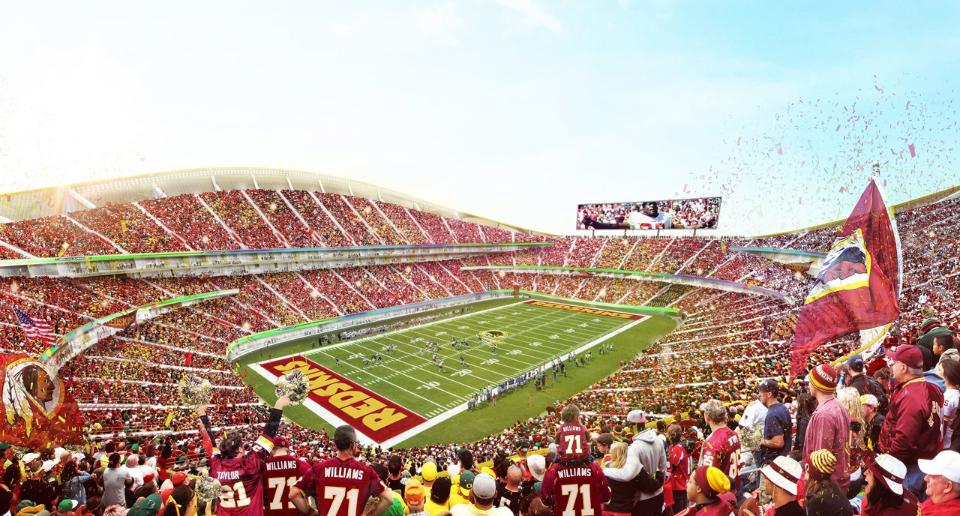 The new photos feature a 60,000-seat, open-air stadium, and a large amphitheater-like park.

The design also includes a Redskins museum and the possible future location of the team’s headquarters and training facilities, currently located in Loudon County, Virginia.

The Redskins don’t have an exact location of where they’d like to build their next stadium at this time.

Here’s some more features BIG’s design, according to Dezeen Magazine:

“Bjarke Ingels’ firm envisions the building being set within a large amphitheatre-like park that could transform into a performance venue for up to 100,000 people.”

“Four full-sized training fields would be created within the park, as well as a moat that can be used as a wave pool for surfers, a river for kayakers, and an ice rink in winter.”

“The 60,000-seat stadium will be wrapped in a golden metal mesh that curves back and forth to highlight the positions of entrances and concessions.”

“The circular layout will make extra room for bleachers at the 50-yard line, but still give spectators a good view of the action. According to BIG, it has forgone “the traditional, tiered design of most American Football stadiums to create one big bowl where all the fans can see each other and cheer on their respective teams in unison”.”

“Parking for 25,000 cars would be set beneath the tiered landscaping, allowing vehicles to drive up close to the stadium, but the moat and bridges will help to slow down the volume of people arriving into the building.”