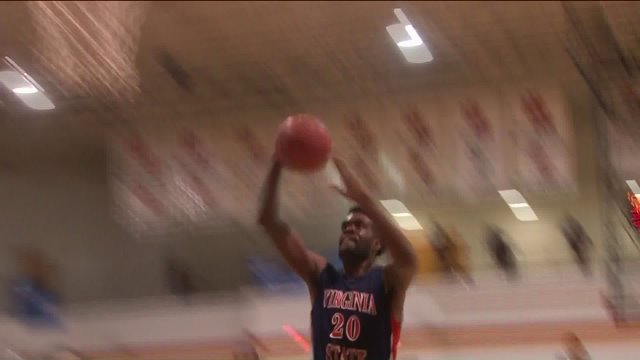 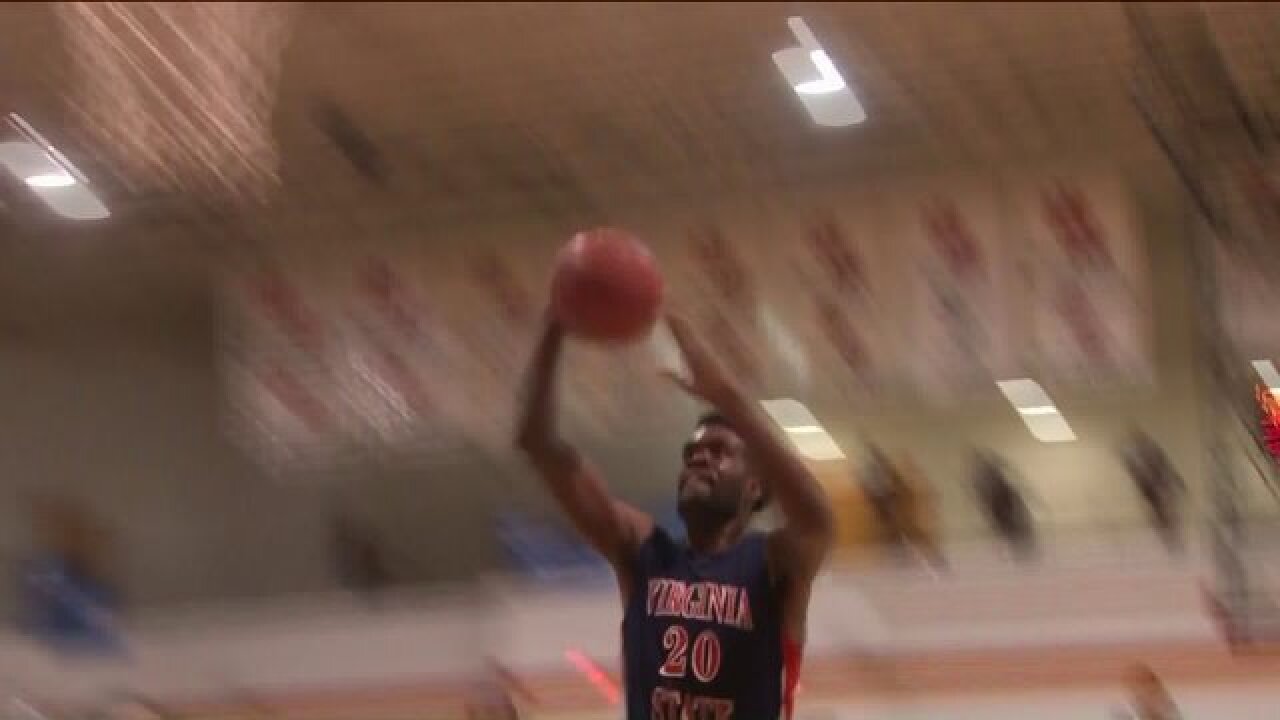 The Virginia State Trojans made school history on Saturday by winning an NCAA Tournament game for the first time, 76-66 over Fairmont St.  The Trojans got a team high 16 points from Kevin Williams and 13 from junior guard Javon Moore as VSU became the first CIAA Men's team to advance to the second round since Shaw did it in 2012.

Virginia Union's Women move on the third round of the NCAA's after they beat Wheeling Jesuit 75-66.  Reigning CIAA Player of the Year Kiana Johnson led all scorers with 31.  Rahni Bell and Lady Walker added 17 for VUU, who remain perfect at home this season at 12-0.

In the 3A Boys State Final, I.C. Norcom defeated Hopewell 67-65 in overtime on a Travis Fields jumper as time expired.  He finished with 30 points to lead all scorers.

In the 1A Girls State Final, Appomattox Regional Governor's School lost to Northwood 57-52.  Jada Boyd had 27 points, 9 rebounds and 4 steals for ARGS.