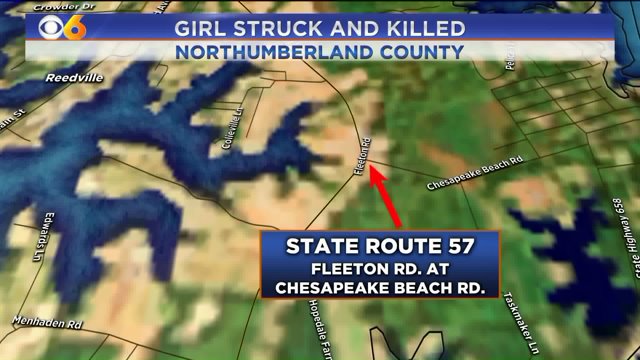 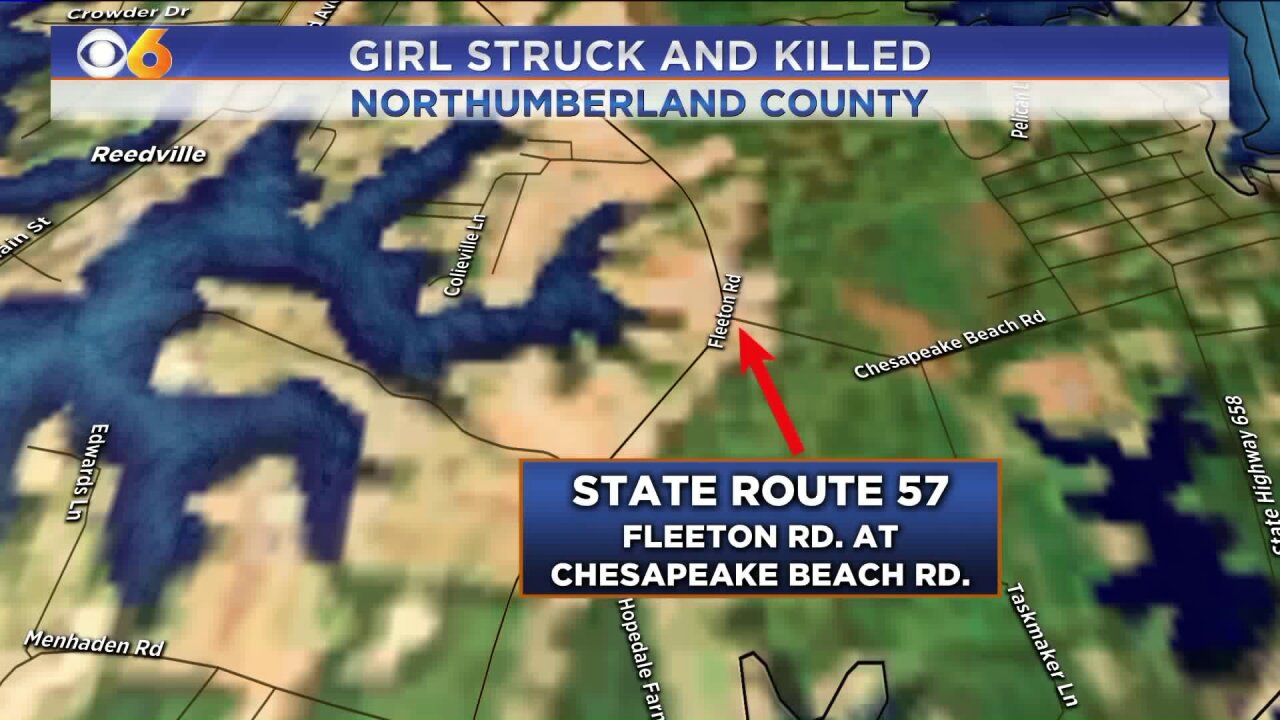 NORTHUMBERLAND COUNTY, Va. – Virginia State Police have released the name of the 13-year-old girl struck and killed as she was crossing a road in Reedville Saturday night.

Vick said the Brianna Williams of Northumberland County was struck by a Honda CRV as she was walking across the southbound lane of the road. She died at the scene.

The driver, 75-year-old Michael H Degroot of Northumberland County, was not injured.

Vick said the area where the crash happened is a two-lane road without lighting or crosswalks.

Officials said speed and alcohol are not factors in the crash, which remains under investigation.