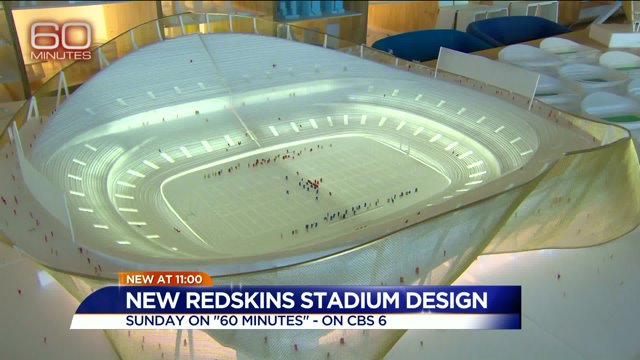 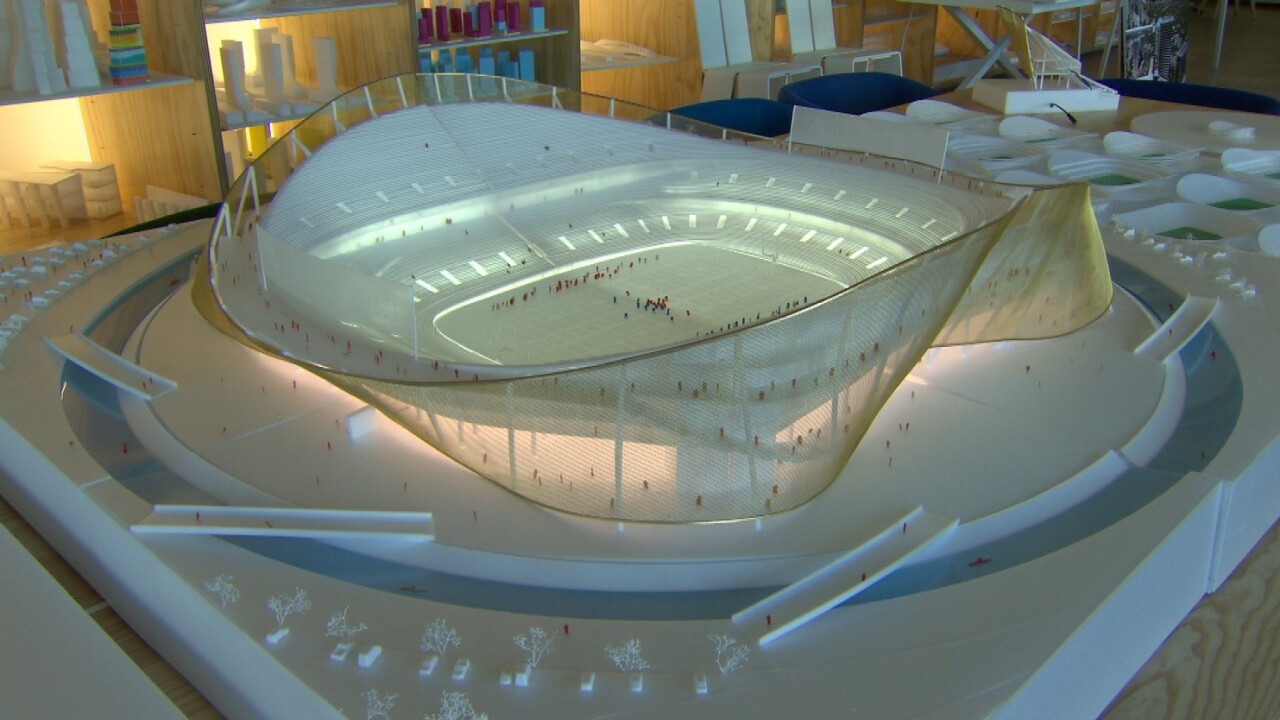 The Washington Redskins has unveiled a model of what their new stadium could look like designed by world-renowned Danish architecture firm Bjarke Ingels Group.

The new images released by CBS shows a slightly transparent wave-like structure surrounded by a moat for kayakers along with parks and bridges for tailgaters and fans.

The architecture firm recently revealed the model during a feature with “60 minutes.”

The Bjarke Ingels Group was also selected to design Google’s futuristic greenhouse-style headquarters campus in Mountain View, Calif. They are also working on a plan with museums on the National Mall in Washington, D.C. and has exhibits in the National Building Museum.

The Redskins don’t have an exact location of where they’d like to build their next stadium at this time.