Woman fights $9,000 Petersburg water bill for over a year 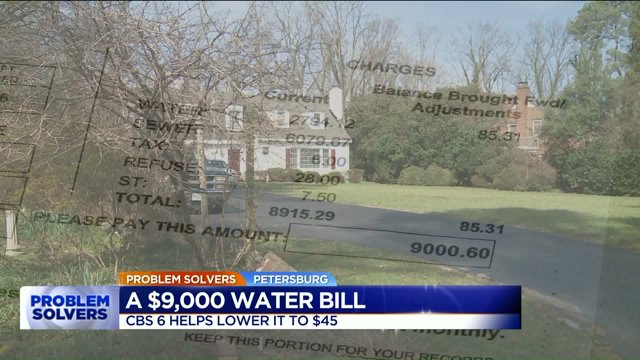 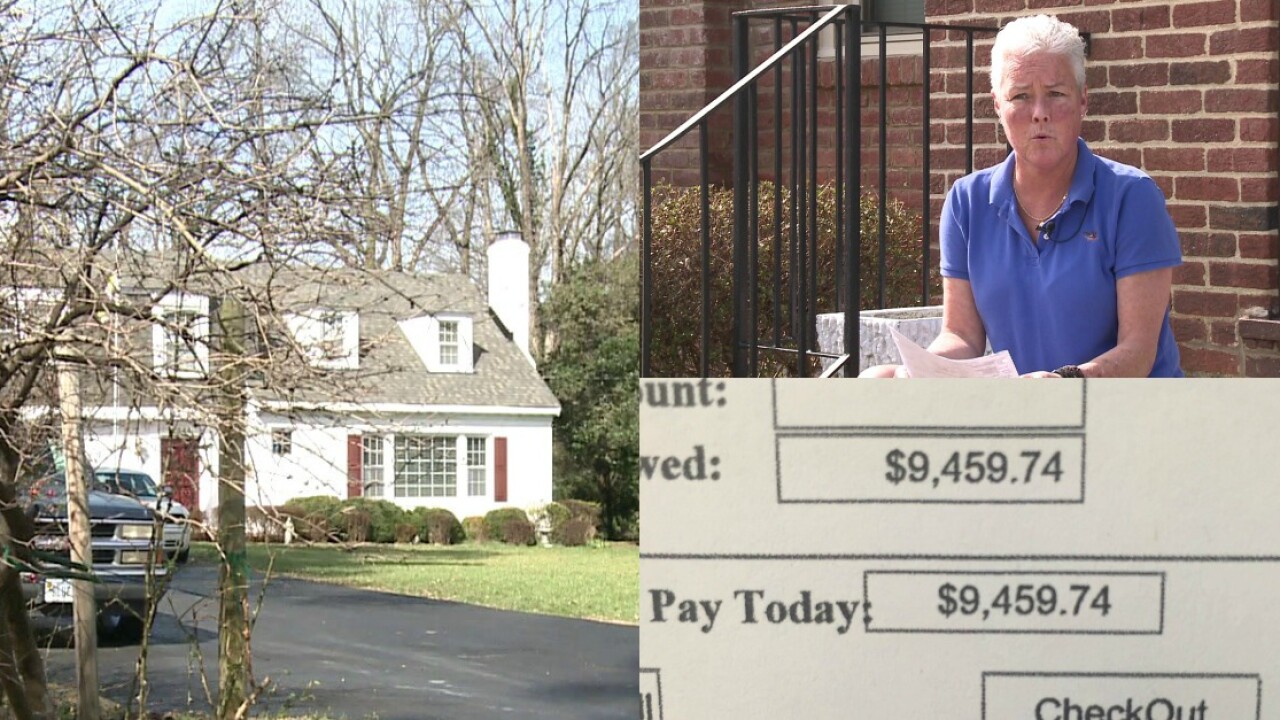 PETERSBURG, Va. -- Twelve months after a woman's troubles began with a mysteriously high water bill in Petersburg, she has finally received a resolution thanks to the CBS 6 Problem Solvers.

Wyatt said she has spent one year trying to get the $9,000 water bill for her deceased mother's reduced.

Since receiving the bill, Wyatt said she has had no with the City of Petersburg until she reached out to the CBS 6 Problem Solvers.

When Wyatt's mother passed away unexpectedly in July of 2014, she said the home on Blair Road sat basically empty for seven months as she dealt with the estate and getting the home ready to go on the market.

During that period, Wyatt said she paid all the bills including the utility bill, which she said was $75.04 even though the house was essentially empty.

Then in February of 2015, the house sold and Wyatt went to the city asking for a final bill.

Knowing the bill was wrong she called the water department

Wyatt said most of her subsequent phone calls and emails went unanswered.  However, she said when someone did answer, she was told the problem would get fixed, but it never was.

After seeing a story on WTVR CBS 6 about all utility bills in Petersburg being available online, Wyatt  reached out for help in March of 2016.

Since she had not paid the bill for 12 months, the outstanding balance had jumped to $9459.74.

WTVR CBS 6 senior reporter Wayne Covil took the bill to the city and asked for an explanation of the charges.

A few hours later, the Petersburg officials released this statement to WTVR CBS 6:

"The City has a commitment to provide timely, responsive customer service. We are making strides to eliminate all incorrect and estimated utility bills. We are underway in establishing and implementing a process to provide customers with an accurate and actual bill. In regards to this specific utility bill inquiry, this customer has a 5/8” meter size which equates to $41.40 as a base capacity fee for water, sewer, refuse and storm water without any water usage. We have corrected this bill and removed the interest and incorrect usage accrued.  We thank you for your cooperation and patience to give the City the appropriate time to address the issue.” -- Petersburg Interim COO, Dironna Belton

As a result, officials said Wyatt's bill was corrected to $126.81 and officials said they would reach out to Wyatt Thursday to explain what had happened.

However, Wyatt said that after she talked with city workers, a second correction was made and the was reduced to $45.01. She was happy to report that she paid the bill online Thursday afternoon.

If you need help, contact the CBS 6 Problem Solvers: