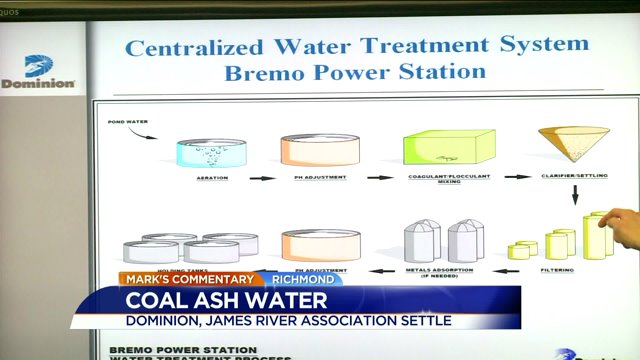 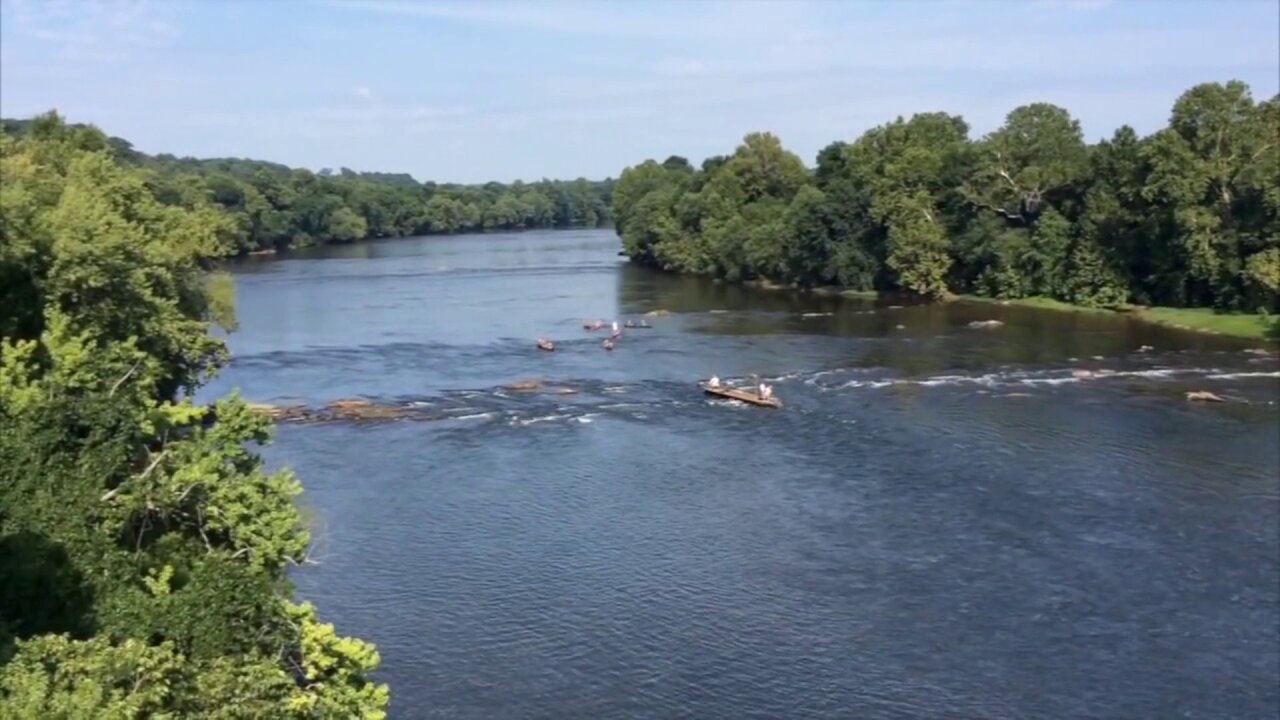 RICHMOND, Va. -- Coal ash has become a rallying cry for environmentalists and river watchers across the country as mandated clean-ups of ash ponds require them to be drained of surface water and then moved and/or recycled.

"We've been working on the coal ash issue for number of years now," said Bill Street, chief of the James River Association, which challenged Dominion Virginia Power's permit to start draining treated coal ash water from its Bremo Power Plant into the James River. "We've seen what has happened to some other rivers in the region. And we saw that the James River faces a lot of the same risks with up to five billion gallons of coal ash storage up and down the James River."

Roughly 400 coal-fired power plants across the country - several in central Virginia - create about 100 million tons of coal ash in a year.

It's dangerous stuff, typically stored in a big ponds by the power plants.

But there has been seepage and a disastrous leak into the Dan River two years ago from a Duke Energy pond in North Carolina.

The EPA has mandated cleanups, moving this all-too-common waste to lined ponds or recycling it into concrete, wallboard, bricks or other approved products.

But the water must be drained off first. The government says it could be dumped into waterways in approved amounts if properly treated.

"We wanted to make sure that America's founding river would be protected with the best technology possible," Street said.

Dominion said their filtration system and slower rate of discharge would be cleaner than required.

"The permit established limits that are protective of the river," said Jason Williams, Dominion's manager of water, waste and remediation. "And as we've developed our treatment system, we've been able to determine we will be able to go below those limits and treat to a lower level for our discharge before it goes into the river."

That filtration system is being assembled at the Bremo plant in Fluvanna County plant and should be operational in a month and a half.

The challenge of Dominion's Bremo permit by the James River Association and the Southern Environmental Law Center resulted in Dominion agreeing to more closely monitor the discharge and add an extra filtration step if needed, and also to monitor fish tissue for any toxins.

It's unclear how this will effect Dominion's other coal ash projects in the state.

For more information on the agreement between the James River Association and Dominion click here: