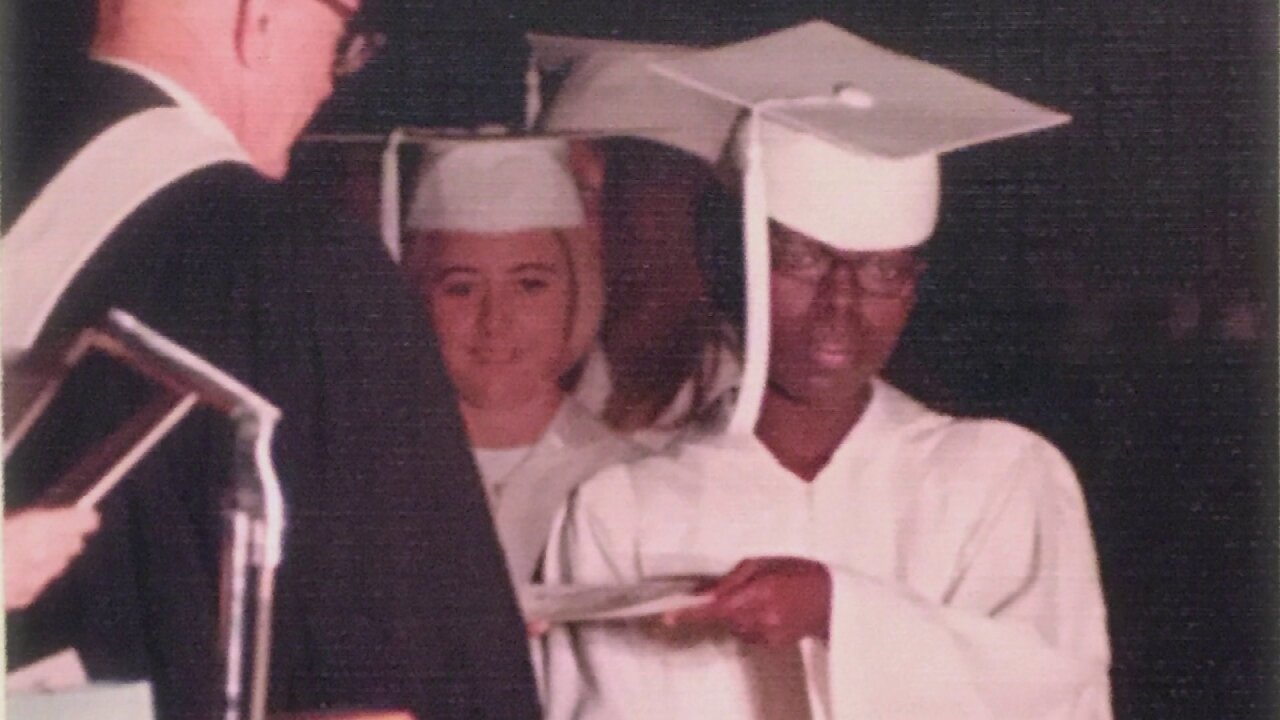 Nearly 48 years ago, Chaldea Montague said her principal at Douglas Freeman High School made her wear a glove at graduation when she shook his hand.

The year was 1968, which was the same year Henrico County leaders chose to name a new middle school after former Governor Harry Byrd.

“It was horrible,” Motague said.

In addition, when the school opened in 1971, Harry F. Byrd’s son, Harry Jr., voiced his displeasure with the school being integrated.

Byrd opposed desegregation and fought efforts like Montague’s to integrate.

She said the site of his name on a county school felt like rubbing salt in an old wound.

But, thanks to the efforts of a student at Hermitage High School, Byrd’s name will no longer adorn the school.

“It seemed wrong and changing the name seemed like the right thing to do,” Jordan Chapman, a student at Hermitage High School, said.

Chapman helped start a group lobbying the Henrico School Board to change the school's name. Over the past year, she joined forces for some parents of Byrd students who shared her beliefs.

She helped collect hundreds of signatures from supporters of a name change.

“I was just jumping for joy, you don’t know how much I had to restrain myself to sit in this chair,” Montague said.

The Henrico County School Board voted unanimously Thursday afternoon to rename the school.

“It’s definitely restored my faith in government and this county,” Chapman said.

Montague said she waited a long time for this moment, which happened dozens of years after she and others became the first African-Americans to integrate the Henrico school system.

“We’ve tried in the past to make changes, but this is the time now," Montague said. "This is the time for change and thank goodness a child started this.”

Still, there were some people who opposed renaming the school.

They worried about the cost to change the name on signs and athletic uniforms, and didn’t want to eliminate their Southern history. They also worried the board would opt to rename several other schools as well, but many board members said that would not happen.

Thursday’s vote began a 30 day comment period where members of the public can express their views on what the school should be renamed. If you would like to comment on that you can contact the Henrico County Clerk to the School Board.

The earliest the School Board can make a decision on what the school should be renamed is in April.