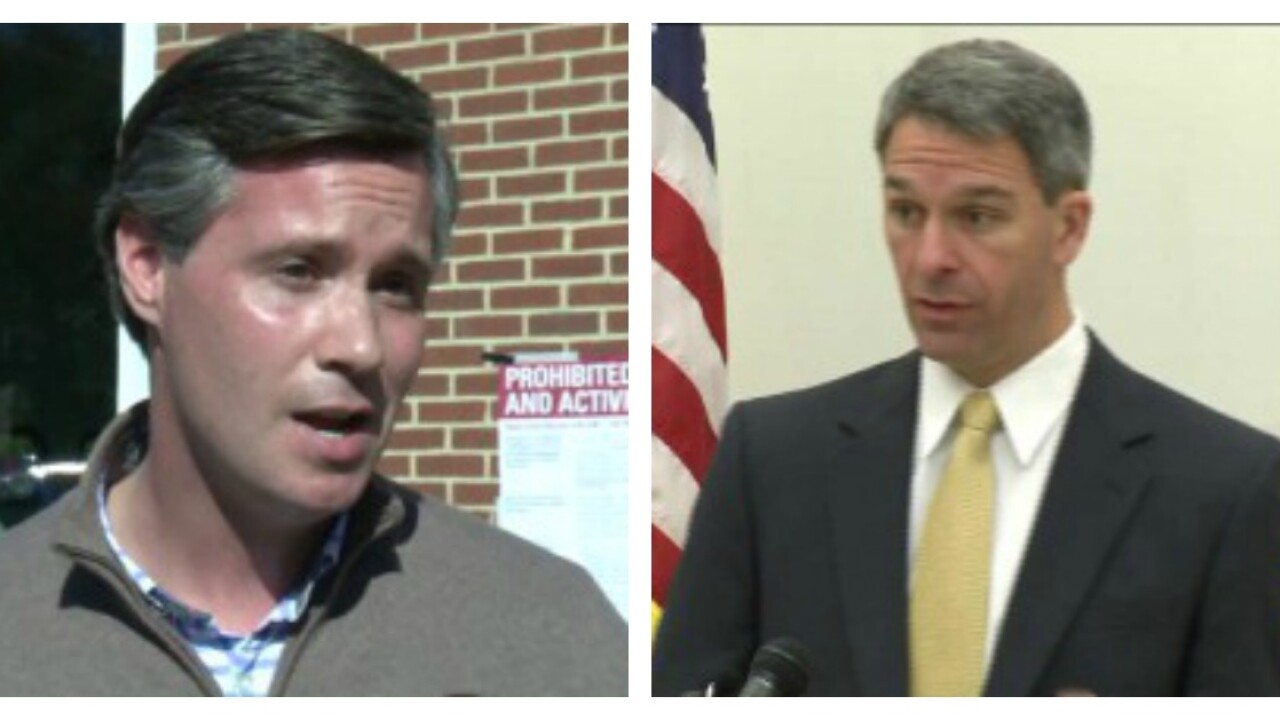 State Sen. Glen Sturtevant, R-Richmond, backed Cuccinelli.  Sturtevant was the one key vote against Alston’s nomination. He was elected to the Senate in 2015, by a 1,088-vote win over his Democratic opponent Daniel Gecker.

Below is Sturtevant’s statement on the nomination of Cuccinelli.

Every day during my campaign for State Senate, with encouragement from voters, I pledged my support for merit selection of judges, removing politics from the selection process, and the importance of preserving an independent judiciary. The voters of my district elected me to work on this issue, and to hold the process of selecting judges to a higher standard. It is an issue that I take very seriously, and it is why I have previously stated that I cannot be party to politicizing the court through the election of Judge Rossie Alston to the Supreme Court – which is why I could not support his election today.

Supreme Court Justice Jane Roush is a highly qualified, distinguished jurist and she should have stayed on the bench. She has earned praise from Democrats, Republicans, and Independents who have had the opportunity to work with her during her 22 years of public service. Justice Roush was praised by Republican leaders who said “most importantly, she knows that a judge applies, not writes, the law.” Attorneys, judges, and laypeople agree that Justice Roush is exceptionally qualified, and that she is a good, even-tempered judge who applies the law fairly, having served for many years on the Circuit Court. I am pleased the Senate elected her with 22 votes last week, though the House rejected her candidacy.

I hoped we would elect Justice Roush, and I could not vote for Judge Alston. However, now that Justice Roush and Judge Alston have failed to be elected by the General Assembly, I believe it is our responsibility to nominate and elect another candidate who is highly qualified and who can receive a majority of support in both houses. The General Assembly is in session and has the clear constitutional duty to elect judges in Virginia, and to fill this position.

For all these reasons, today I voted to certify former Virginia Attorney General Ken Cuccinelli. As a former Attorney General of the Commonwealth of Virginia, Mr. Cuccinelli is eminently qualified for this position. For that same reason, I will vote for him on the floor of the Senate when his nomination comes before the full body. If he is not elected by the General Assembly, I am willing to support other qualified candidates for the Supreme Court.

It would be irresponsible to leave a vacancy on the court because of a political stalemate in the legislative branch. It is time for the legislature to nominate and elect a justice qualified to serve on the bench. Short of electing a justice to fill the vacancy, it would likewise be irresponsible to keep the seat vacant by keeping the General Assembly in session as some have suggested.

***This article was previously titled “Sen. Sturtevant explains nomination of Ken Cuccinelli for Va. Supreme Court.” It was Sen. Richard H. Stuart, R-Stafford, who nominated him***