Henrico board to consider hospital’s expansion near Three Chopt Elementary 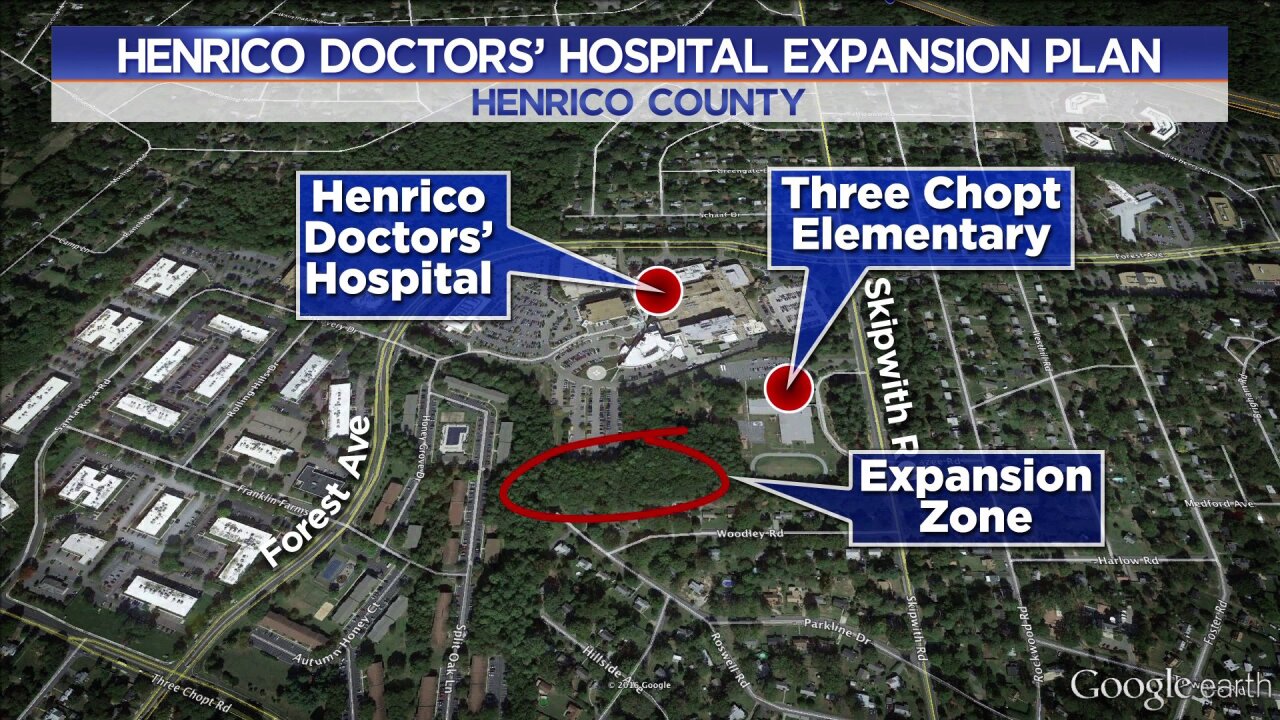 HENRICO COUNTY, Va. -- The Henrico County Board Supervisors is scheduled to discuss a recommendation to rezone land near Three Chopt Elementary School in Henrico's West End at a meeting Tuesday night. A vote to approve the rezoning would help clear the way for Henrico Doctors' Hospital to expand into an undeveloped area near the school and a neighborhood.

The Henrico Planning Commission previously voted in favor of the rezoning last month. HCA Virginia, the owner of Henrico Doctors' Hospital, said it wanted to build a new four-story cancer center on the land along Skipwith Road.

At the February planning commission meeting, neighbors voiced their concerns that the center would cause their property values to fall.

"We are not against the construction of a cancer center-medical office building on Henrico Doctors' property," neighbor Rob O'Donnell told commission members. "However, we are against rezoning the Three Chopt Elementary School property next to residential neighborhoods."

Others neighbors said they always assumed the wooded area that served as a buffer between their homes and the hospital was there to stay.

"People told me when I moved in this was a nature trail, this is a bird sanctuary," Ginny Jones said. "So we always assumed it would be protected."

The Henrico County Board of Supervisors meets Tuesday night at 7 p.m. at the Henrico Government Complex on East Parham Road.