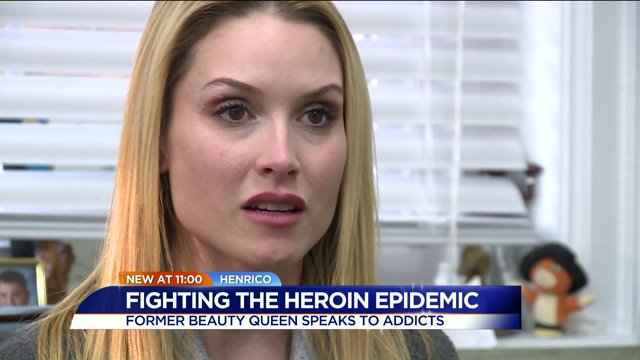 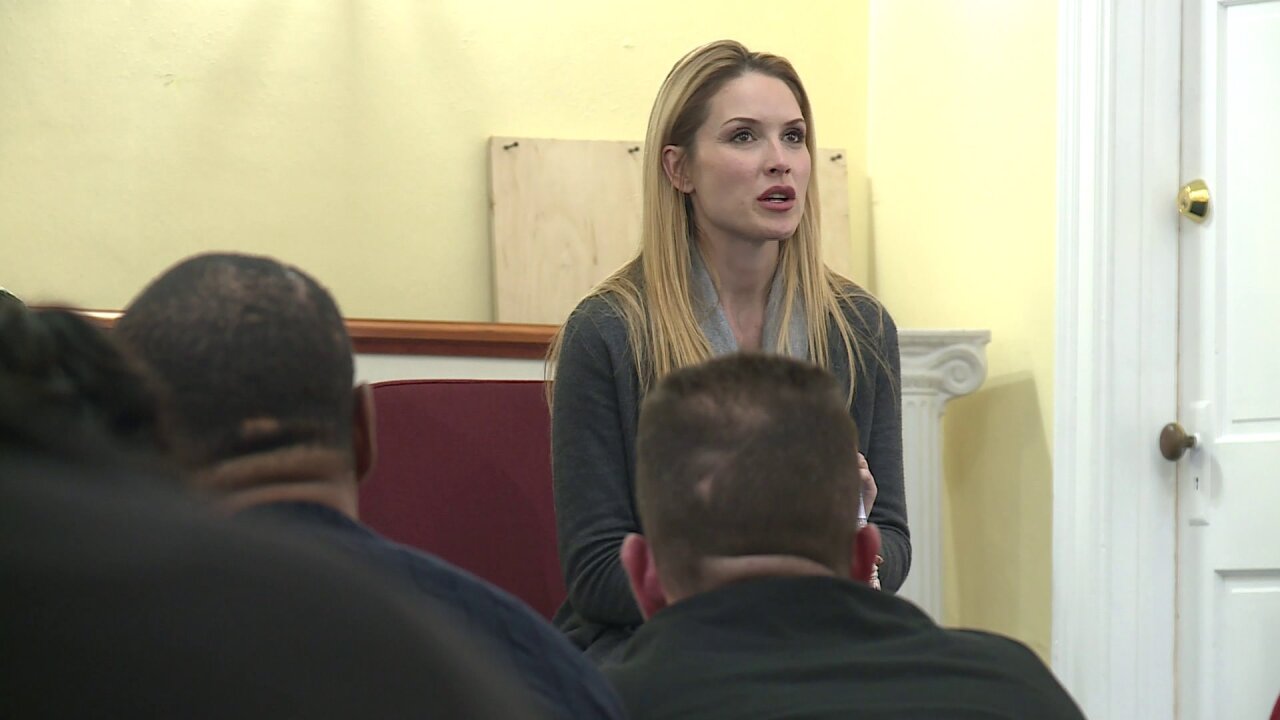 Tara Conner talked to inmates at the Henrico County jail.

The beauty queen was almost stripped of her crown in 2006, when eight months into her yearlong reign, she tested positive for cocaine. Donald Trump, co-owner of the Miss USA organization, offered her a second chance and she agreed to go to rehab.

Nine years into her recovery, Tara now travels the country talking about the stigma of drug addiction.

The beauty queen was almost stripped of her crown in 2006, when eight months into her yearlong reign, she tested positive for cocaine.

“I didn’t realize the pain I put my family through,” she told a hushed crowd. “The heartache, the fear, the embarrassment. I caused all of that, but I wasn’t a bad person doing bad things, I was just really sick.”

Conner’s visit comes on the heels of several recent overdose deaths in the Richmond region. According to the McShin Foundation, there have been nearly 30 heroin related deaths over the past week.

On March 4, Taylor Garris, 20, overdosed on heroin. She was taken to Chippenham Hospital where she was placed on life support. Her parents and siblings were with her Friday afternoon when they learned Taylor's brother, Travis Garris, 27, had fatally overdosed on heroin inside his home.

A prayer vigil will be held on Tuesday, March 8, at the McShin Foundation to support the Garris family and to pray for other families that have lost loved ones to drug addiction.

Marta Lefleor, who lost her own daughter to a heroin addiction in 2014, said she understood the pain that the Garris family is experiencing.

Lefleor’s daughter, Brenna, was a well-rounded and healthy teenager, when she became addicted to pain killers after a cheer leading accident.

Lefleor attended Conner’s speech at the McShin Foundation on Monday, because she wanted to hear her address the epidemic that is plaguing the community and claiming the lives of young people.

“Kids don’t realize that they’re playing Russian Roulette with their lives by only using one time,” Conner said. “They’re dying and they’re not even getting the chance to recover.”