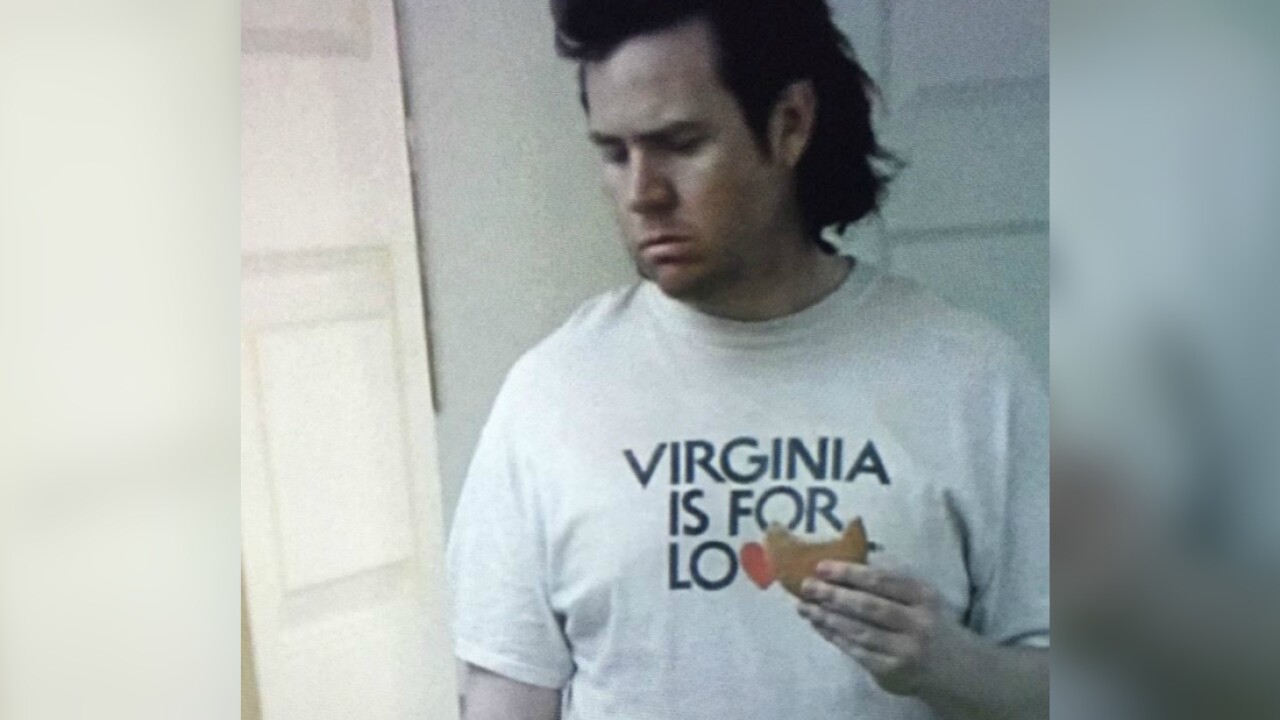 RICHMOND, Va. — Fans of the hit show The Walking Dead were treated to another suspense-filled bloodbath Sunday night.  While the show’s plot offered plenty of surprises and twists, perhaps the biggest shock for those watching in Virginia was a single wardrobe choice.

During a tense lovers’ spat between characters Abraham Ford and Rosita Espinosa near the start of the episode , the camera ends on a shot of their friend Eugene Porter, played by actor Josh McDermitt. Porter can be clearly seen wearing a t-shirt with the Virginia tourism slogan Virginia is For Lovers emblazoned on it.

The choice of shirt, sort of, makes sense considering the characters are currently surviving the zombie apocalypse at a settlement based in Alexandria, Virginia (filmed, however, in Georgia). The shirt also serves as a bit of comic relief since — spoiler alert — it makes an appearance right after Abraham dumped his shocked and heartbroken girlfriend.

“That moment, the break up moment between Abraham and Rosita is so raw and it’s so emotional and when we shot that scene, both Michael [Cudlitz] and Christian [Serratos] were taken to a different place,” The Walking Dead’s executive producer Greg Nicotero said. “It was something I hadn’t seen before and I was just amazed. During the rehearsals, Josh [McDermitt] would just step out and be like, “Hey, have you tried these cookies?” and we would all start laughing because it was so ludicrous! Then, when we started rolling and he stepped out, it had a completely different feeling to it. It’s an amazing piece of acting by those actors. I think the fact that he’s even wearing that t-shirt is another great piece of this character Eugene that we’ve come to love. I really want to give huge kudos to Michael and Christian for that sequence. It was really amazing.”

So how did the Virginia tourism shirt end up on the hit television show? For that answer, we asked Virginia Tourism Corporation (VTC) spokeswoman Caroline Logan.

“The Walking Dead team reached out to the Virginia Film Office, which is part of VTC, in September. The show runner wanted to use a Virginia is for Lovers t-shirt in Episode 612 (which aired Sunday night), and asked if they had permission to use our Virginia is for Lovers brand,” Logan said. “This was obviously a great opportunity for VTC and our 47-year old slogan, Virginia is for Lovers. We were thrilled to have our brand on the nation’s #1 show! We hope to have even more of these requests in the future!”

For what it’s worth, more than 10 million people watch The Walking Dead live each week, making it consistently the highest-rated show on cable.

We just hope the positive tourism benefits of having the slogan seen by so many people are not canceled out by the fear of getting bitten by a zombie (or attacked by Rick Grimes) upon entering the Commonwealth.