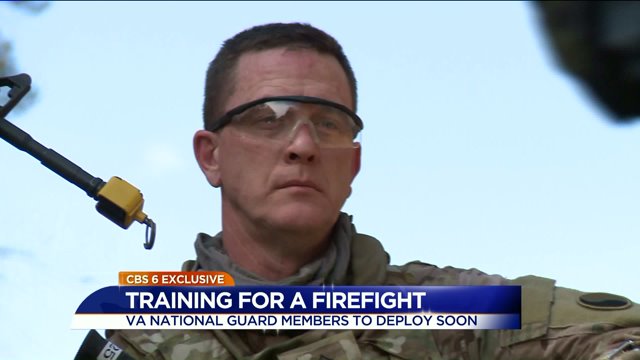 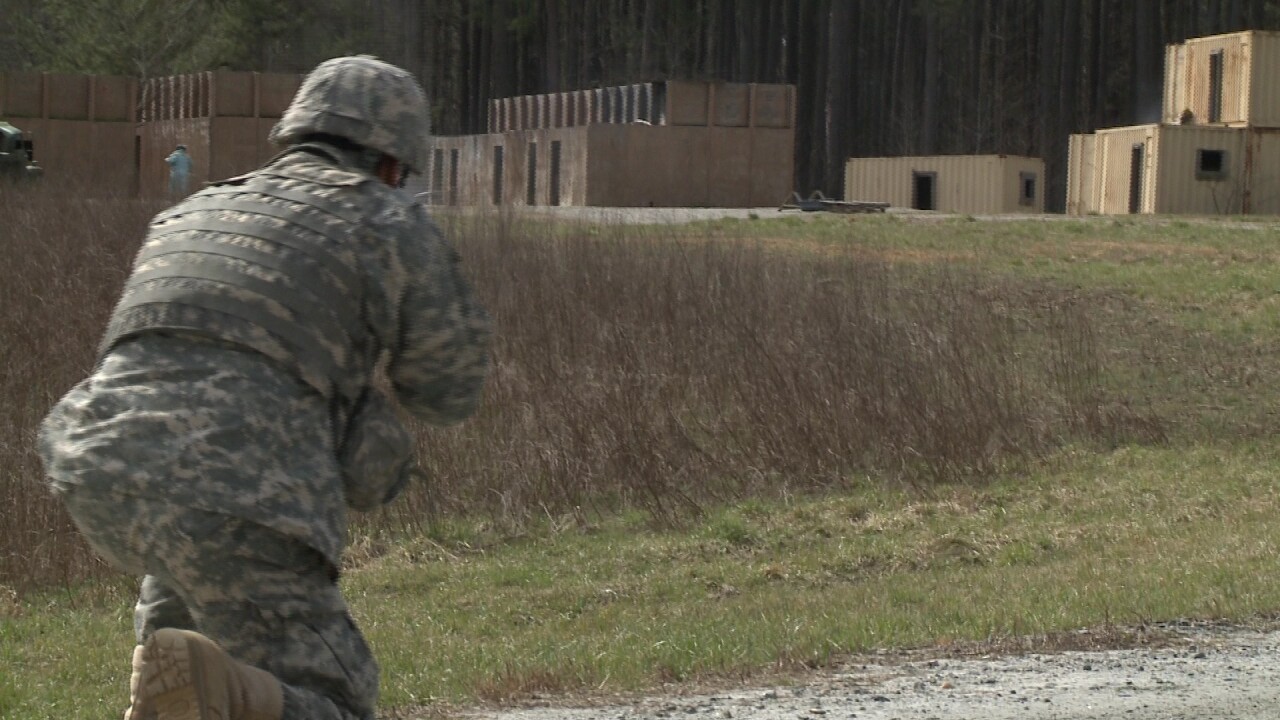 FT. PICKETT, Va - A specialized unit of soldiers from across Virginia will begin active duty later this week and soon head to the Arabian Peninsula and Central Asia in support of Operation Enduring Freedom.  The Virginia National Guard's 116th Military Engagement Team will be based out of Kuwait over the next nine to 12 months, performing "military-to-military" engagements with U.S. Army partners in countries like Jordan, Oman, and Tajikstan.

Recently, CBS 6 went along with 116th as they trained at Ft. Pickett in Blackstone.  The unit, made up of 26 veteran soldiers with more than 45 overseas deployments between them, ran through I.E.D. detection and combatant engagement drills ahead of their deployment.  Although the 116th's mission is not combat oriented, the team needed to prepare for worst case scenarios in a region that not known for stability.

"Skill level one is to be able to shoot, move and communicate, and that's what we're doing today," said Sgt. Terra Gatti, who is from Richmond.

On top of their basic soldier training, the 116th received cultural and language training aimed at helping them better understand the region they will be working in.

"There is about 20 countries in the CENTCOM Area of Operation.  We'll be working with probably 17 of them," said Maj. Jaycee Shaver, who lives in Chesterfield.  "Relationships are the number one priority for us because when you do an engagement you cannot exchange information and get people to understand or believe what you are saying if you don't have that trust."

"We'll be working with Colonels, Sergeant Majors, training them on different techniques and tactics that we use, and then talking to them about how they do things," said Col. Todd Hubbard.  "There are a lot of values we have in common, and there are a lot of differences.  We're trained to respect each other as people and as soldiers; to figure out ways to work together."

Only a handful of the 116th are full time with the Virginia National Guardsmen, meaning a majority of them have full-time jobs they put on hold  for active duty service overseas.

"There's some trepidation; some excitement," said Ssg. Sammy Bawab, who will make his first overseas deployment.  "You'll definitely be paying more attention to your environment and what's around you. In our situation, it's going to keep us alive."

While vigilance and sharpness will be constants over the next nine to 12 months, most soldiers in the 116th said they are excited for a mission that will allow them to see their region of operation in a new light.

"Having that experience is just going to make me more able to come back and effectively lead soldiers when I get home," said Sgt. Gatti.

The 116th will transition to active duty on March 10 when they report to Ft. Hood, Texas.  After 30-45 days of additional training, the unit heads overseas.