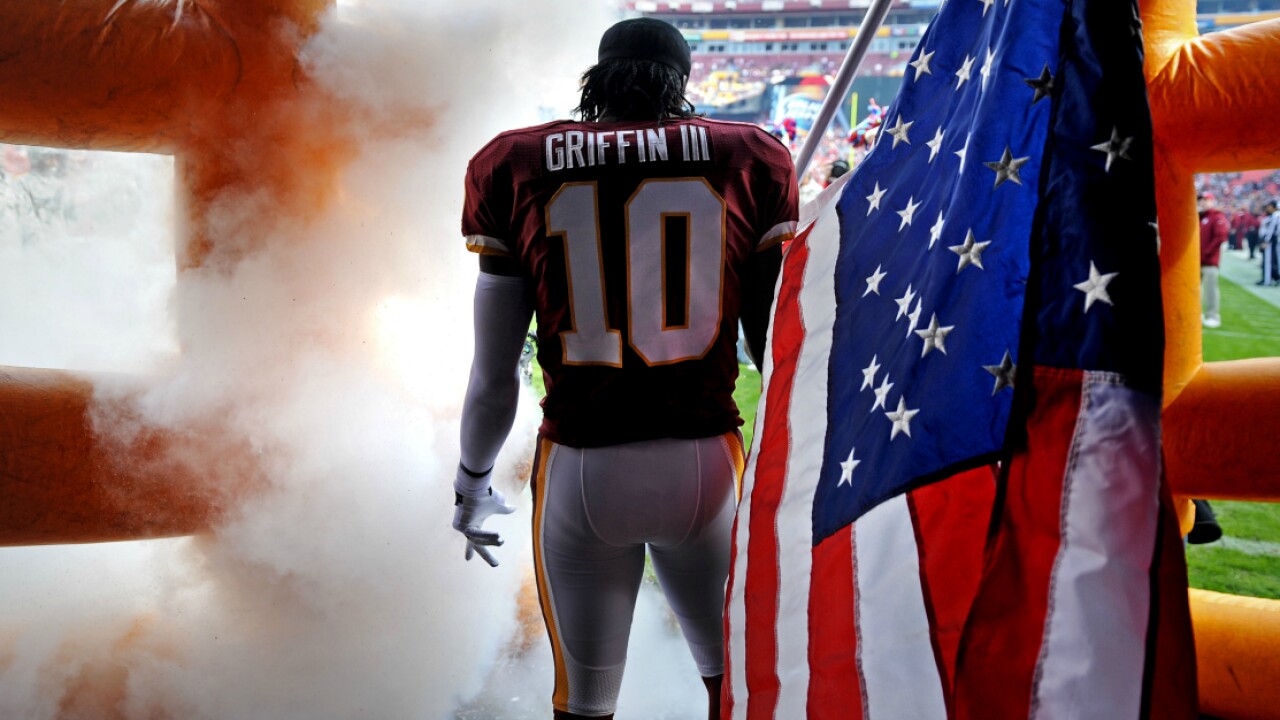 Quarterback Robert Griffin III #10 of the Washington Redskins holds an American flag for Military Appreciation before being introduced against the Philadelphia Eagles at FedEx Field on November 18, 2012 in Landover, Maryland. (Photo by Patrick Smith/Getty Images)

WASHINGTON, D.C. — The Washington Redskins officially released former starting quarterback Robert Griffin III on Monday, according to reports on ESPN and NFL.com. Griffin, who did not play last season, was the team’s first round draft pick in 2012.

On the morning the Washington Redskins released RG3, Griffin sent an inspirational tweet.

“We have to face the challenges life presents and never back down. Keep Fighting!” he wrote.

We have to face the challenges life presents and never back down. Keep Fighting!

With Griffin now a free agent, other NFL teams could sign him to become their next quarterback. In three seasons as the Washington Redskins starting quarterback, Griffin threw for 40 touchdowns and 23 interceptions.

It was a blessing guys. I just want to say thank you. pic.twitter.com/wzHbsRMlhL