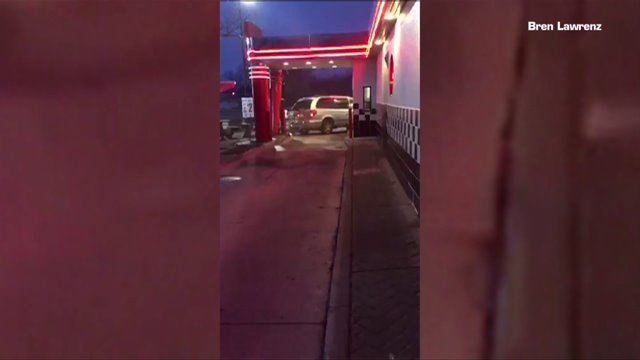 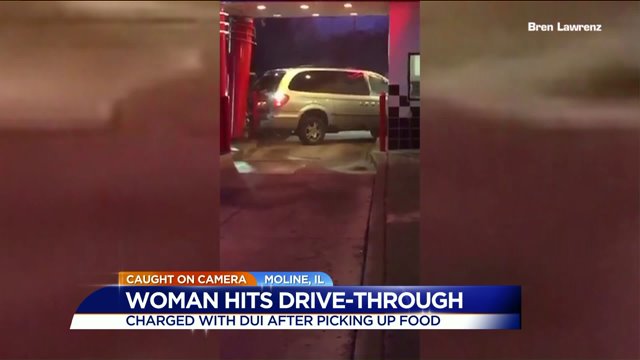 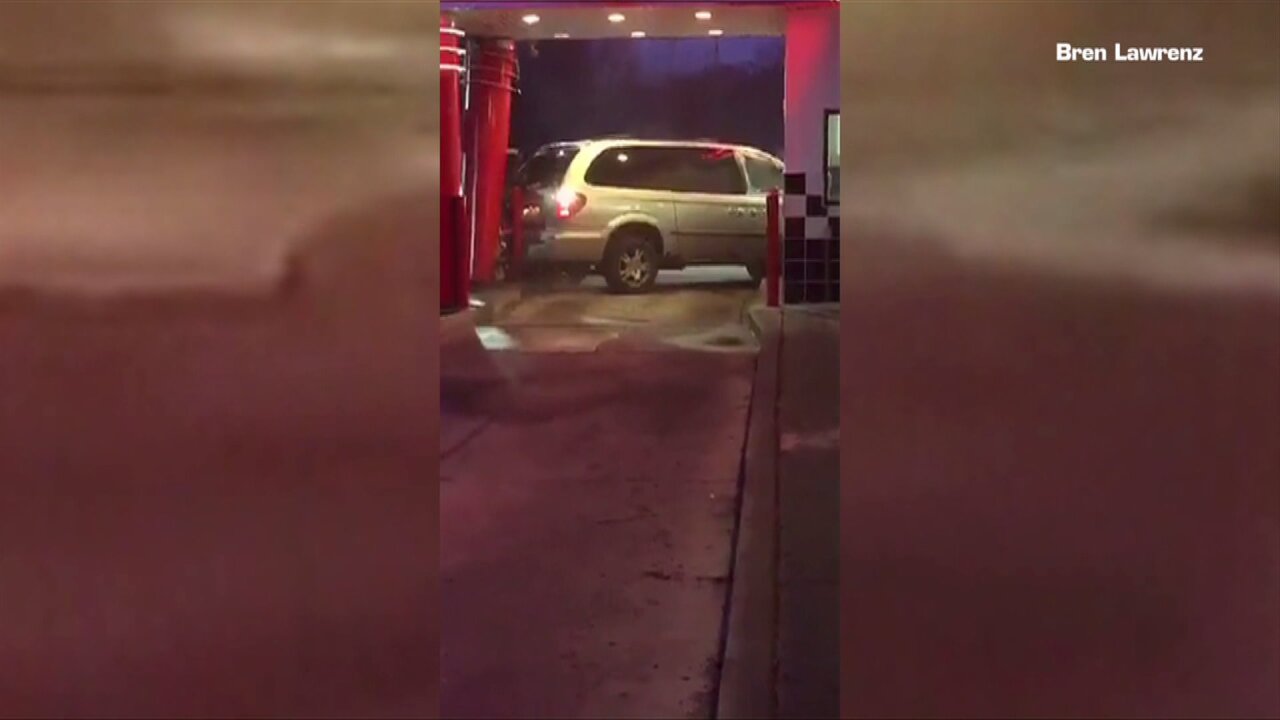 MOLINE, IL -- A woman's attempt at a late-night Checkers run ended poorly for her -- and the restaurant. The whole thing was caught on camera.

Cell phone video shows a minivan in the drive-thru of an Illinois Checkers on Friday. After receiving the food, the driver pulls forward, and then backs up -- right into a concrete pillar.

The minivan then smashed into the side of the building, before taking a hard turn and slamming into a light pole, which fell over.

"When her car started going up and she pulled forward really quick, I thought something was gonna happen and so I pulled out my phone," said Brendan Lawrence, a high school freshman who was at the drive-thru line, waiting to get a smoothie. He captured the whole thing on his cell phone.

East Moline Police eventually caught up with the driver, who has been charged with driving under the influence.

Incidentally, Lawrence was on a break from a driver's ed course.