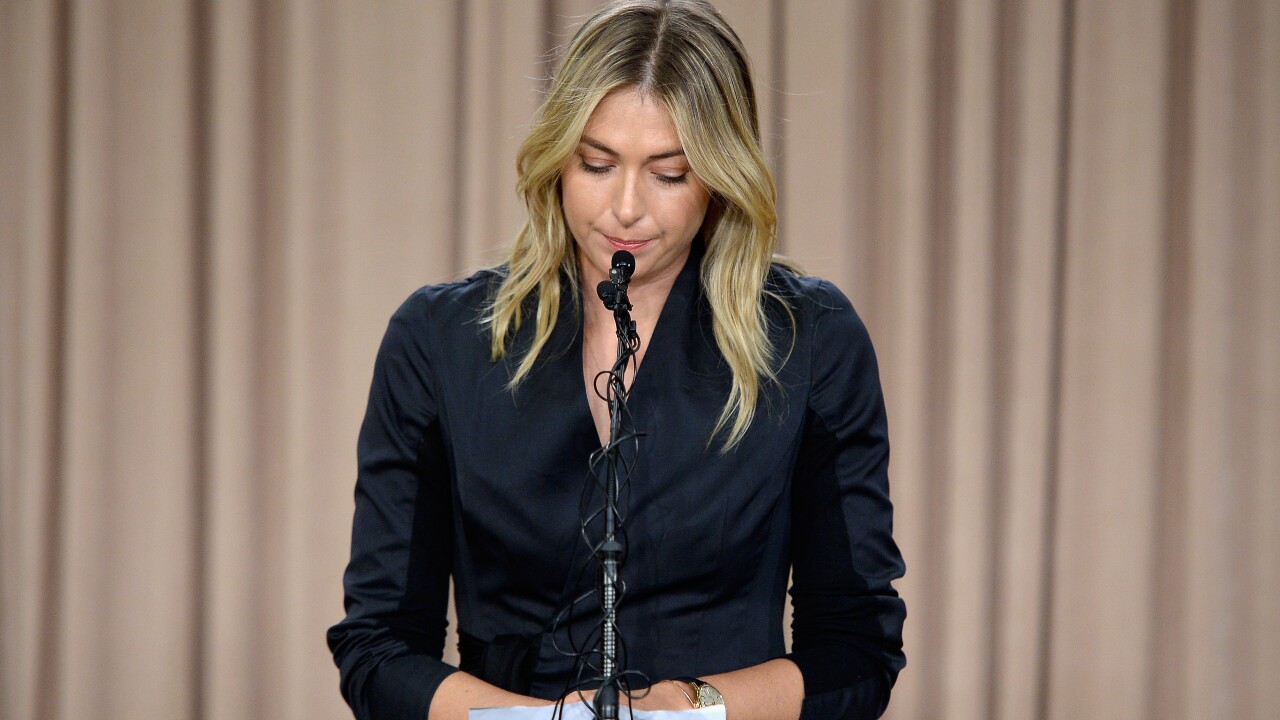 LOS ANGELES — Maria Sharapova, who has long been the world’s richest female athlete, faces a possible suspension from tennis after she admitted to failing a drug test at the Australian Open.

A sombre looking Sharapova, in a press conference in Los Angeles on Monday, said she had been taking the drug, meldonium, ever since 2006 and didn’t realize that it became a banned substance by the World Anti-Doping Agency at the start of 2016.

“A few days ago I received a letter from the (International Tennis Federation) that I failed a drug test at the Australian Open,” the five-time grand slam winner said in the press conference that was streamed live on Sharapova’s website. “I did fail the test and take full responsibility for it.

“For the past 10 years I have been given a medicine called mildronate by my doctor, my family doctor, and a few days ago after I received the ITF letter I found out that it also has another name, meldonium, which I did not know.

“It’s very important for you to understand for 10 years this medicine was not on WADA’s banned list and I had been legally taking the medicine for the past 10 years. But on January 1 the rules had changed and meldonium became a prohibited substance, which I had not known.”

Sharapova would later say she began taking the medication because she had been getting sick often and was magnesium deficient. Her family also has a history of diabetes, she added.