Glancing back at Nancy Reagan’s visit to Virginia 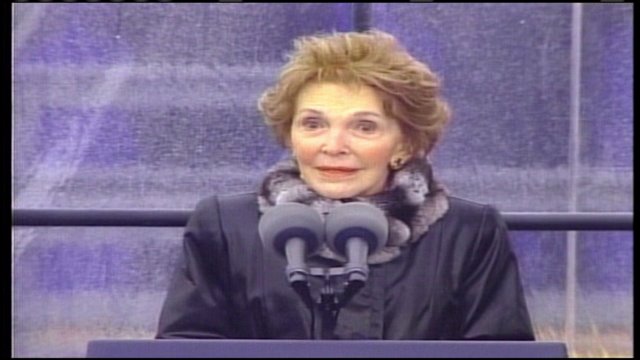 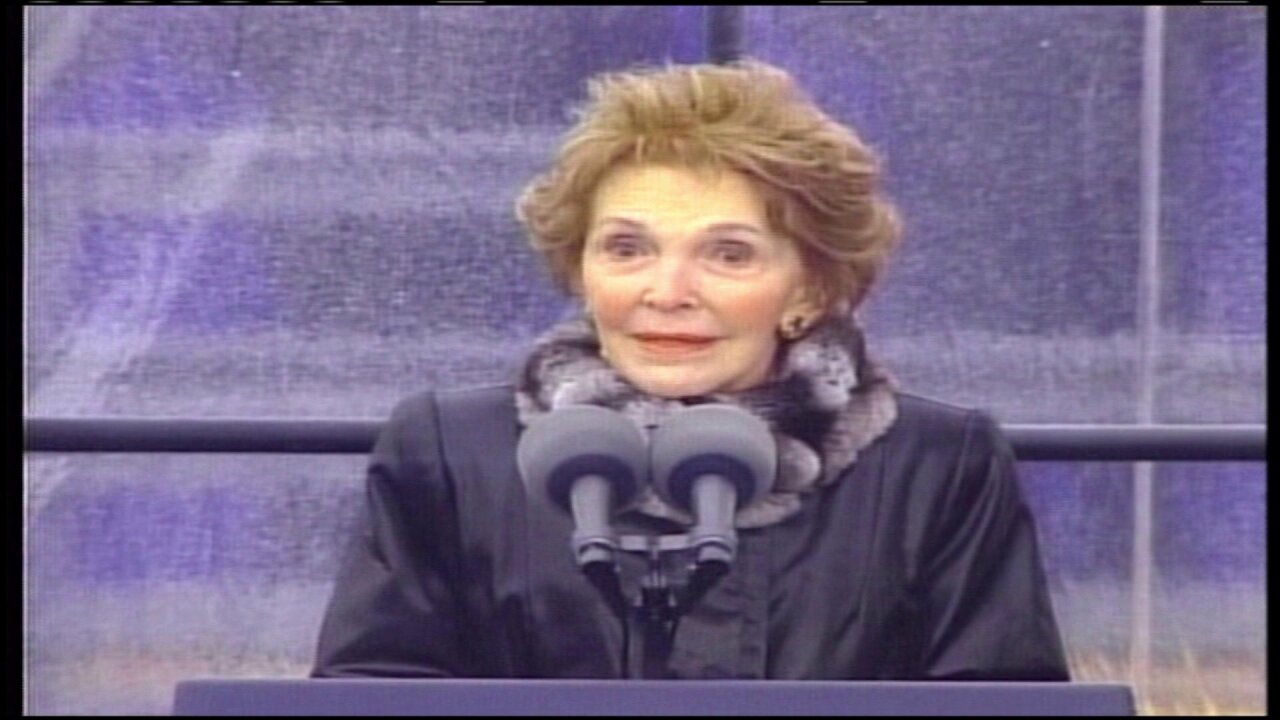 On March 4, 2001, Reagan would visit Newport News to christen the Navy’s newest aircraft carrier named after her husband, the 40th president of the United States, Ronald Reagan.

The christening of the U.S.S. Ronald Reagan took place on the 49th anniversary of the couple's marriage.

“I want to thank the Navy for giving us such a lovely present...such a little thing,” Nancy said.

President Reagan was unable to attend the ceremony due to his fight with Alzheimer’s disease. The President died three years later, on June 5, 2004.

SIMI VALLEY, CA - FEBRUARY 6: With an assist from his wife Nancy, former U.S. President Ronald Reagan (C) blows out the candles on his cake 06 February 1993 as he celebrates his 82nd birthday. At left is former British Prime Minister Margaret Thatcher. The event took place at the Ronald Reagan Presidential Library and Center for Public Affairs. (Photo credit should read HAL GARB/AFP/Getty Images)

Reagan died at her home in Los Angeles of congestive heart failure, according to her spokeswoman, Joanne Drake, of the Ronald Reagan Presidential Library.

"Mrs. Reagan will be buried at the Ronald Reagan Presidential Library in Simi Valley, California, next to her husband, Ronald Wilson Reagan, who died on June 5, 2004. Prior to the funeral service, there will be an opportunity for members of the public to pay their respects at the Library," Drake said in a statement.

The former first lady requested that contributions be made to the Ronald Reagan Presidential Library and Foundation in lieu of flowers, the statement said.

American actor Ronald Reagan and his wife Nancy Reagan sit at a restaurant table, looking at a brochure at the premiere party for the film, 'Moby Dick,' directed by John Huston, 1956. (Photo by Hulton Archive/Getty Images)

"With the passing of Nancy Reagan, we say a final goodbye to the days of Ronald Reagan," wrote 2012 GOP presidential nominee Mitt Romney on Facebook. "With charm, grace, and a passion for America, this couple reminded us of the greatness and the endurance of the American experiment. ... God and Ronnie have finally welcomed a choice soul home."

As first lady during Ronald Reagan's eight years in the White House, she was known as the "Just say no" spokeswoman of anti-drug campaigns, and as a fierce protector of her husband, both personally and politically. When Ronald Reagan was shot in a 1981 assassination attempt, Nancy Reagan never left the hospital where the president was treated until he was released, according to Nancy Reagan's press secretary, Sheila Tate.

After she and her husband left Washington, she became his protector again as he struggled with Alzheimer's disease until his death in 2004. After his death, she remained a staunch guardian of his image and legacy.

"She was always the one who kept the flame alive," CNN senior political analyst David Gergen, a former Reagan adviser, said Sunday.

Her official White House biography quotes her as saying, "My life really began when I married my husband."

***Darnell Myrick and CNN Wire contributed to this WTVR.com report***