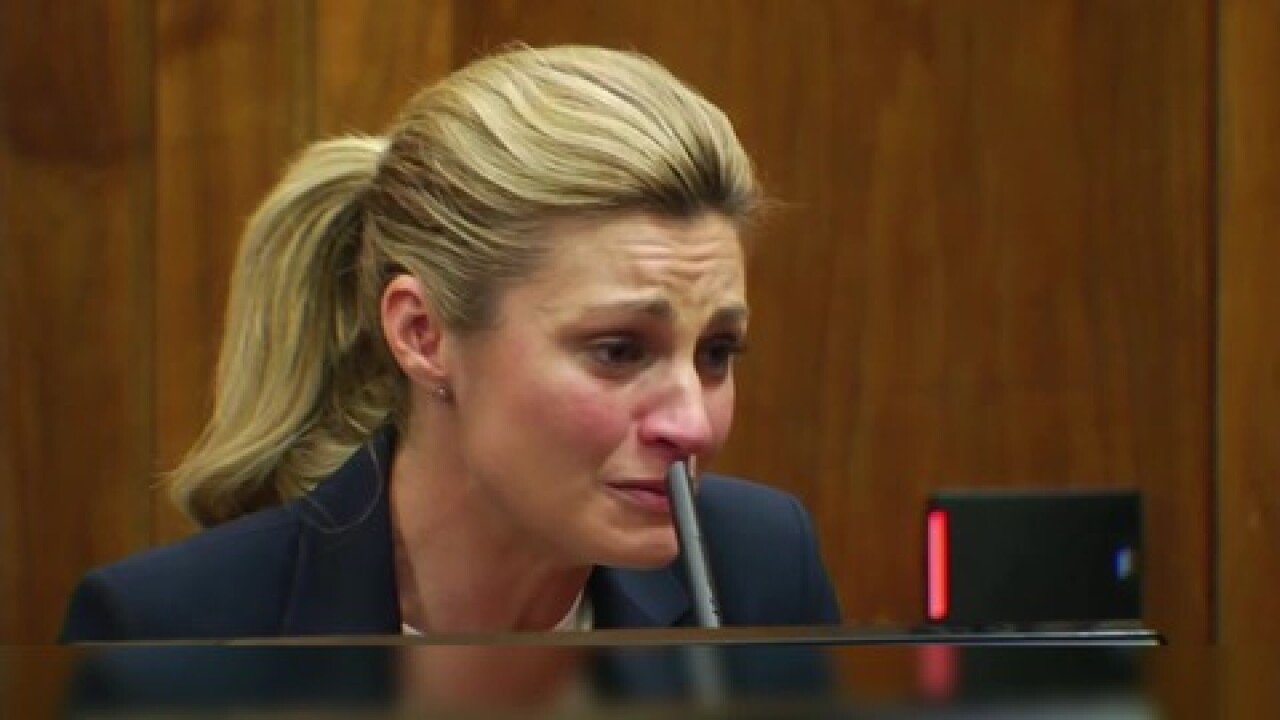 Andrews brought a $75 million suit against her stalker, Michael Barrett, and the management company of the Nashville Marriott where the nearly five-minute video was filmed in 2009.

In his closing argument, Andrews’ attorney encouraged the jury to award her damages that took into account the “full amount of harm that’s been done to her.”

Andrews, a Fox Sports correspondent, worked for ESPN at the time of the incident.

During her testimony, Andrews said she has suffered because of the video for the last seven years. She was forced to seek help in dealing with the trauma and now has an elaborate strategy for checking out hotels she stays in. Her parents told the court that she was a “shell” of her former self.

The jury of seven women and five men found both Barrett and Windsor Capital, the hotel management company, responsible.

After the verdict, Andrews tweeted her thanks to the jury and others, including other stalking victims. “I’ve been honored by all the support from victims around the world,” she wrote.

The suit alleged that Barrett was able to film Andrews while she was nude by manipulating the peephole on her hotel room door.

According to Andrews’ attorneys, Barrett was told by hotel staff which room she was staying in and asked to be put in the room next to hers.

The hotel companies said during the trial that the video was completely Barrett’s fault and that he claimed sole responsibility for obtaining Andrews’ name.

The defense’s lawyer, Marc Dedman, said at a brief press conference after the verdict that the case has “changed” the hotel industry, which has taken steps to prevent such incidents.

In her often emotional testimony, Andrews detailed how the video has forever changed how she travels.

As soon as she gets to a hotel — regardless of the city — she changes her room from the one she was originally booked in, Andrews told the jurors. She also tells the front desk a man is traveling with her even when there isn’t one.

Andrews doesn’t allow anyone to bring her bags to her room, uses a “do not disturb” sign, and doesn’t allow room service to deliver food.

She said she thoroughly checks the bed, the clock, the air conditioning grate and especially the bathroom for hidden cameras and looks for the telltale red lights of possible hidden recorders.

Andrews said she covers the peephole and won’t stay in a room with an adjoining room.