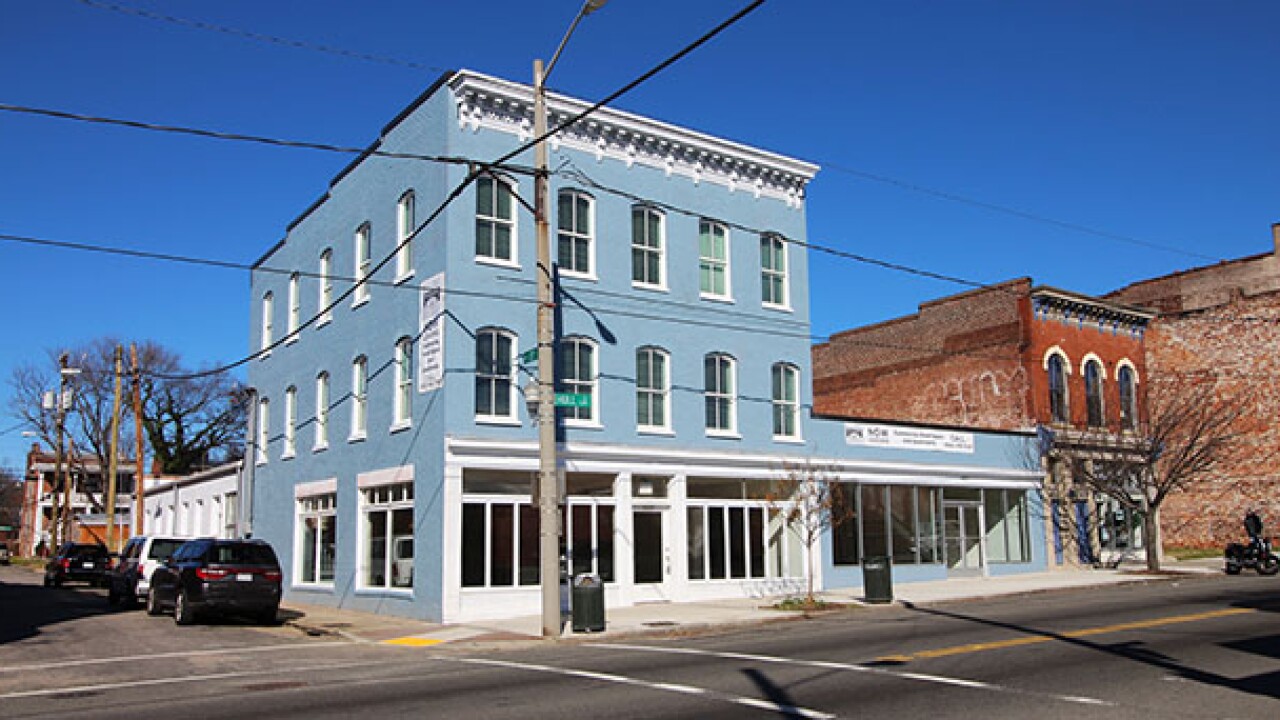 RICHMOND, Va. — A local development company known for high profile projects in the Fan and Scott’s Addition can now add a Manchester notch to its belt.

The 11,000-square-foot Old Store Lofts building was renovated into 10 apartments with 3,000 square feet of commercial space. Construction on the project began in June of last year and finished up around January. Leasing began last month.

“I’ve been looking at Manchester for some time and always knew it would reach the tipping point,” Basham said. “And it’s happening fast, not unlike Scott’s Addition. There’s been a lot of activity.”

He noted work done by players like Robin Miller and Dan Gecker of Urban Development Associates, along with Chris Blake. He also mentioned Thalhimer Realty Partners’ Reynolds South, recently rebranded as City View Landing, as a notable project in the neighborhood.

“They’re showing that the residential market is there and I think we’ll start to see the retail follow,” Basham said. “Manchester’s time has come.”

Spy Rock’s largest developments to date have been in Scott’s Addition, with The Preserve and the forthcoming Symbol Mattress Co. projects. They were also one of the buyers of imprisoned developer Billy G. Jefferson’s River City Renaissance portfolios and have led the effort to renovate many of those apartment buildings, which are scattered within the Fan and Museum District.

The Old Store Lofts building was constructed in 1920, Basham said, and was previously an old general store. In doing the renovation, the developers retained an old hand-drawn elevator.

Quality Home Construction and Investments was the general contractor, and QHCI’s managing member, Larry Cluff, was also a partner in the Old Store Lofts project, along with Basham and Williams.

Local architect Todd Dykshorn designed the project and Xenith Bank provided the financing. It also qualified for historic tax credits. Basham declined to share how much the renovation cost.

The apartments range in size from 515 to 730 square feet, with nine one-bedroom units and one two-bedroom unit. Rent starts at $750 and goes up to $1,050 for the two-bedroom apartment. Five of the units have been leased.