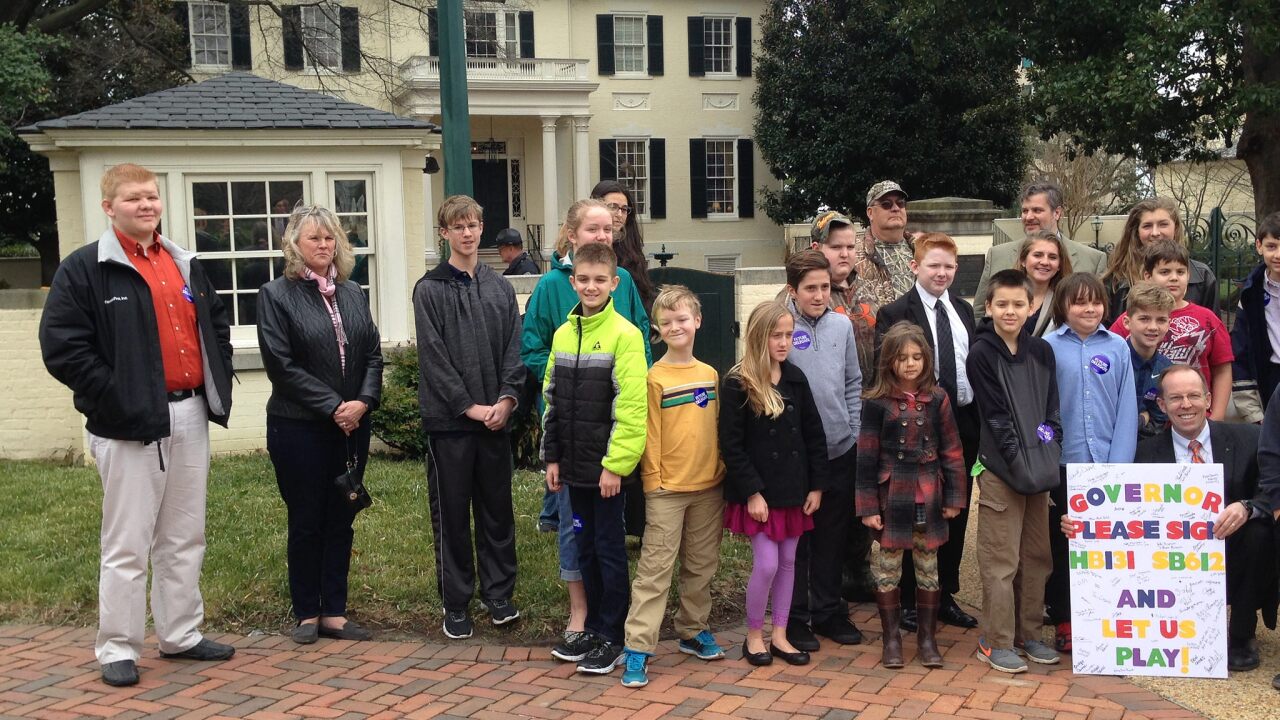 RICHMOND, Va. — Thomas Burgess begged his mother to be home-schooled with his sister Gina, who as a kindergartner severely struggled with school anxiety. At 5, Gina dreaded going to the communal bathroom shared by three other classrooms. She hated the stares from her peers, so she waited to use the bathroom until after school.

From second to eight grade, Thomas was home-schooled, too.

“When we first moved to Roanoke, we did this satellite TV home-schooling program,” said Burgess, now a freelance writer and editor in Richmond.

“You would tune into this one channel. There would be a lady doing a video-taught science lab or math class. My mom would oversee it to make sure it was done correctly. That was because she didn’t know how to really teach math and science herself.”

When this started, in 1995, Burgess was among fewer than 10,000 home-schoolers in Virginia. Since then, the number has quadrupled – to about 39,000 students. If they constituted a school district, home-schoolers would be the eighth-largest district in the state – just behind Chesapeake and well ahead of the public school enrollments of Norfolk, Newport News, Arlington and Richmond.

As the numbers increased, home schooling has become a political issue. The Virginia General Assembly recently passed legislation allowing home-schooled students to participate in sports and other interscholastic activities at their local public schools. It was the second year in a row that lawmakers had passed such a “Tebow bill,” nicknamed for quarterback star Tim Tebow, who played football for his local high school in Florida while being home-schooled.

Home-schoolers and their parents urged Gov. Terry McAuliffe to sign House Bill 131 and Senate Bill 612 into law. However, on Feb. 29, McAuliffe vetoed the bills, as he did in 2015.

On Wednesday, the House voted 57-42 in favor of overriding McAuliffe’s veto. But that was short of the 66 votes needed to reverse the governor. As a result, the issue is dead for another year.

But whatever the reasons, the numbers of home-schoolers are growing. Across the U.S., there are more than 2 million homeschoolers, according to the National Home Education Research Institute.

Ten years ago, home-schoolers made up less than 2 percent of Virginia’s public school enrollment. Today, they represent more than 3 percent.

School divisions report the number of students whose parents provide documentation of home instruction to the Virginia Department of Education. The department also tracks religious exemptions from attending public schools – children who presumably are home-schooled as well. The most recent school year for which data are available is 2014-15.

According to an analysis of the data, the school divisions with the most home-schoolers are:

That list isn’t surprising; those school divisions are among the state’s largest. Another way to look at the data is to consider home-schoolers as a percentage of their local public school enrollment. In 2014-15, home-schoolers constituted:

At certain grade levels, the percentages are even higher. Home-schoolers represented about one in five high school students in King George and Surry counties, and about a quarter of the middle-school students in Highland County.
Over the past decade, the state has relaxed its laws on home schooling, said Charles B. Pyle, director of communications for the Virginia’s Department of Education, said.

Before, if parents did not have a four-year college degree, they had to use a home-schooling curriculum or correspondence course approved by the state, Pyle said. Now, the school division no longer has a role in examining and approving home instructional programs.

“I think home schooling has been on the rise in Virginia for a number of years. Parents express their reasons for choosing home schooling, and there seems to be a growing interest,” Pyle said.

But that slice of the pie has been growing. Home-schooling is a way for parents to be engaged in their children’s education.

James Wiznerowicz, the coordinator of musicianship studies at Virginia Commonwealth University, and his wife home-school their daughters. They make frequent trips to museum exhibits and libraries.

“We value learning. We value problem solving. We also think it’s very important to be socially active and civically responsible,” Wiznerowicz said. “There’s a very large home-schooling network, so they get to go to presentations about history and get to explore different things about the state of Virginia.”

The Organization of Virginia Homeschoolers arranges educational trips as well as opportunities for home-schooled students to socialize while learning.

Wiznerowicz’s daughter Miranda agreed about the benefits of home schooling.

“It’s great because we have plenty of friends. It doesn’t really matter if we get behind or not because we always leave Friday to catch up, and it’s very flexible. You’re not as stressed because you don’t have due dates. It’s really easy and fun,” she said.

Here is how House members voted Wednesday on whether to override Gov. Terry McAuliffe’s veto of HB 131 (“Students who receive home instruction; participation in interscholastic programs”).