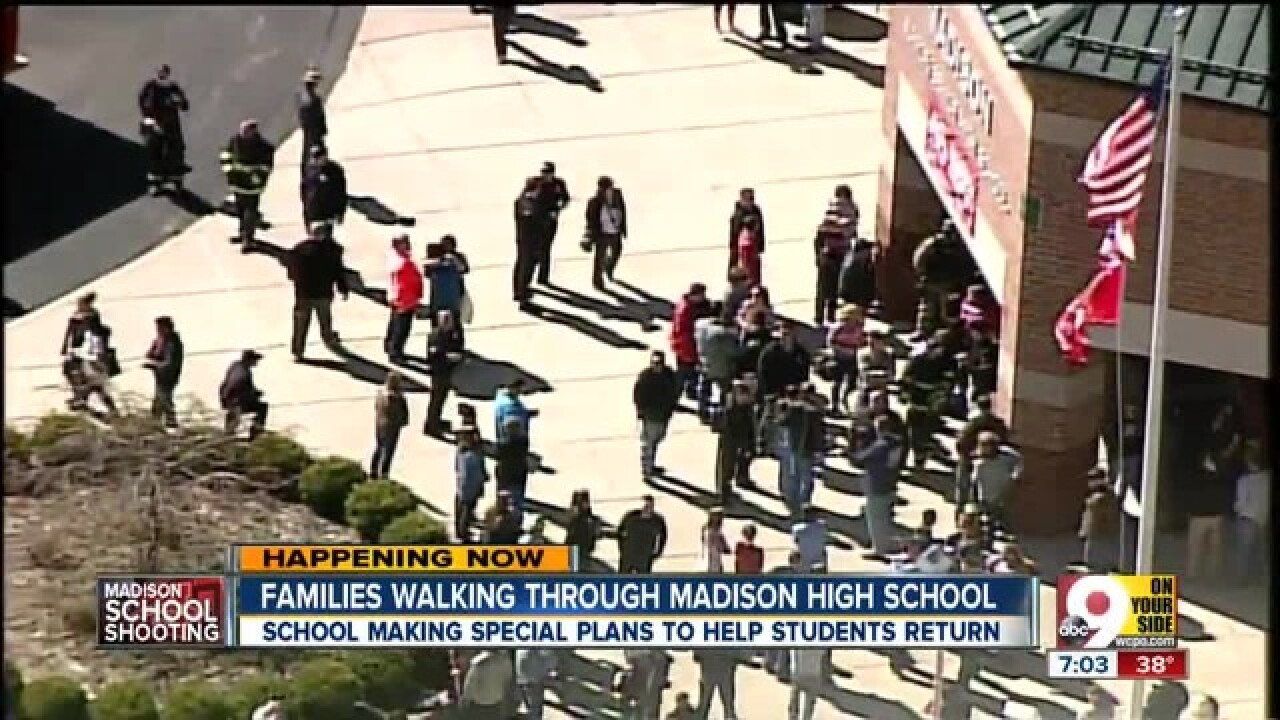 Two boys have been charged with failing to report a weapon used in a shooting this week inside an Ohio school cafeteria, authorities said Friday.

Both juveniles knew that the shooting suspect — James Austin Hancock, 14 — brought a weapon into Madison Junior-Senior High School in Middletown, Ohio, but didn’t alert authorities, Butler County Sheriff’s Department Sgt. Melissa Gerhardt said. She did not specify whether the boys saw or were told about the gun.

The gunshots rang out as students were eating lunch Monday in the community of about 50,000 people between Dayton and Cincinnati. Authorities haven’t given a motive, though Butler County Sheriff Richard Jones did note, “It seems as there (are) more school shootings (and) police officers being shot.”

The sheriff added, “It’s the times we live.”

Four students suffered injuries in Monday’s incident — two hit by bullets, with the other two hurt “either by shrapnel from the handgun or by injuries getting away from the active shooter,” according to Jones — before Hancock was taken into custody.

In court Tuesday, his lawyer — identified by the judge as Ed Perry — denied those charges on behalf of his client.

As to the two unnamed boys charged with failing to report Hancock’s gun, they have been issued a summons to appear in court at a later date, according to Gerhardt. They have not been taken into custody, nor are there any plans to arrest them.