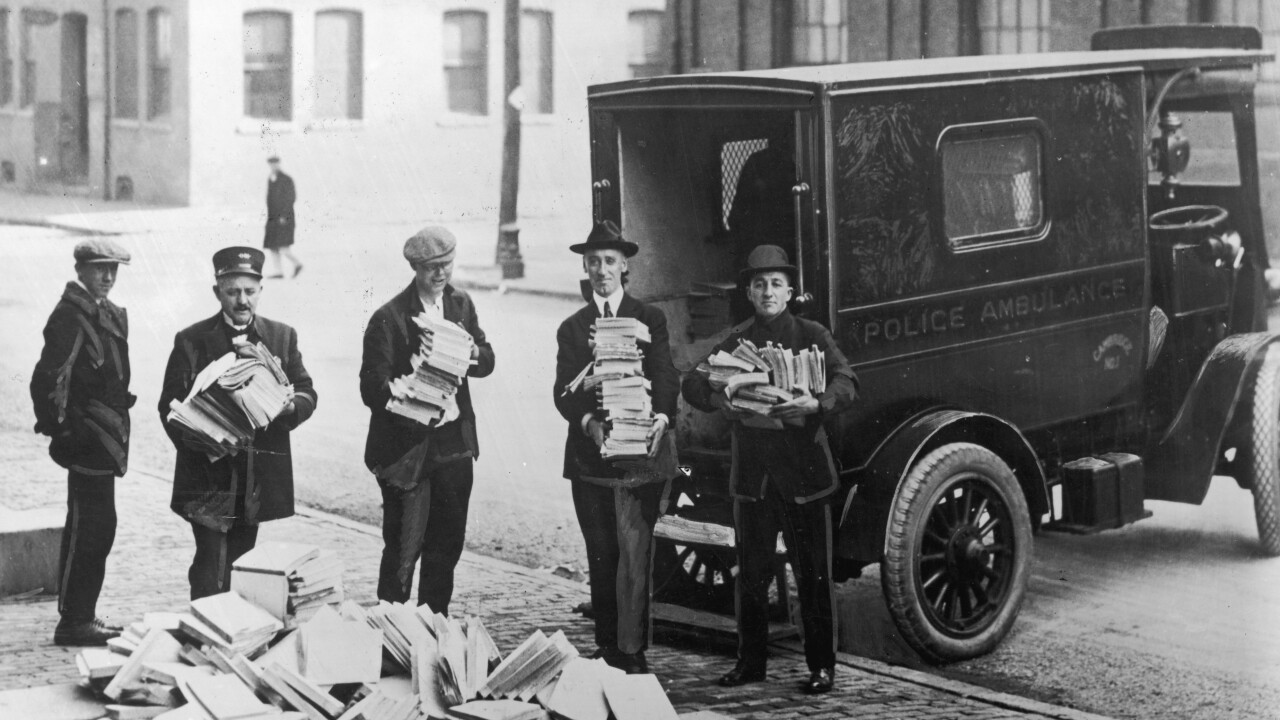 Boston police with a haul of ‘subversive’ literature, confiscated during the post-war red scare, which they are preparing to load into a police ambulance. (Photo by Topical Press Agency/Getty Images)

RICHMOND, Va. -- High school students have asked the governor to veto a bill they believe amounts to censorship in classrooms.

The legislation, HB516, is backed by state House speaker and moved from the House to Senate with unanimous approval.

The bill would force schools to tell parents if required books have sexually explicit content.

Parents could then provide an alternative book if parents object to it[Full text of bill]. The bill was written in response to a child reportedly having nightmares after reading a book for class.

The measure originated with a mother who “tried unsuccessfully several years ago to remove Toni Morrison's 'Beloved' from her children's school,” according to the Associated Press.

‘Beloved’ is set in the post-Civil War era and includes descriptions of “sex, rape and bestiality.”

Students said they don't want parents or the government to control what they learn in classrooms.

"Whether parents like it or not, we pretty much know a lot about it -- it's kind of unavoidable," said one student.

"Giving parents the option to get rid of parts of the curriculum is almost rude to the teachers in a way; we don't get the full experience," said another student.

The Senate amended the bill, which was approved by the House and Senate. The vote was not unanimous in the Senate. The bill is currently headed to the governor's desk.

His office told CBS 6 that the governor has not made a decision.