How this hero dog saved the life of a U.S. Marine 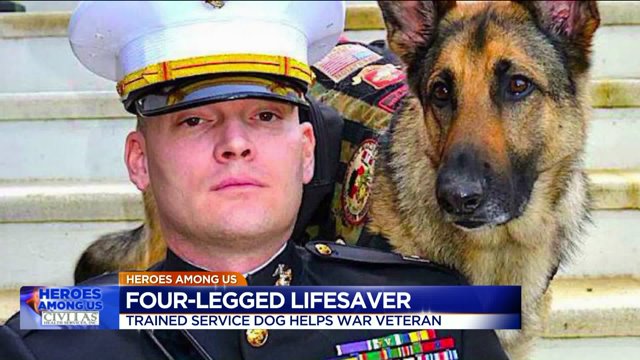 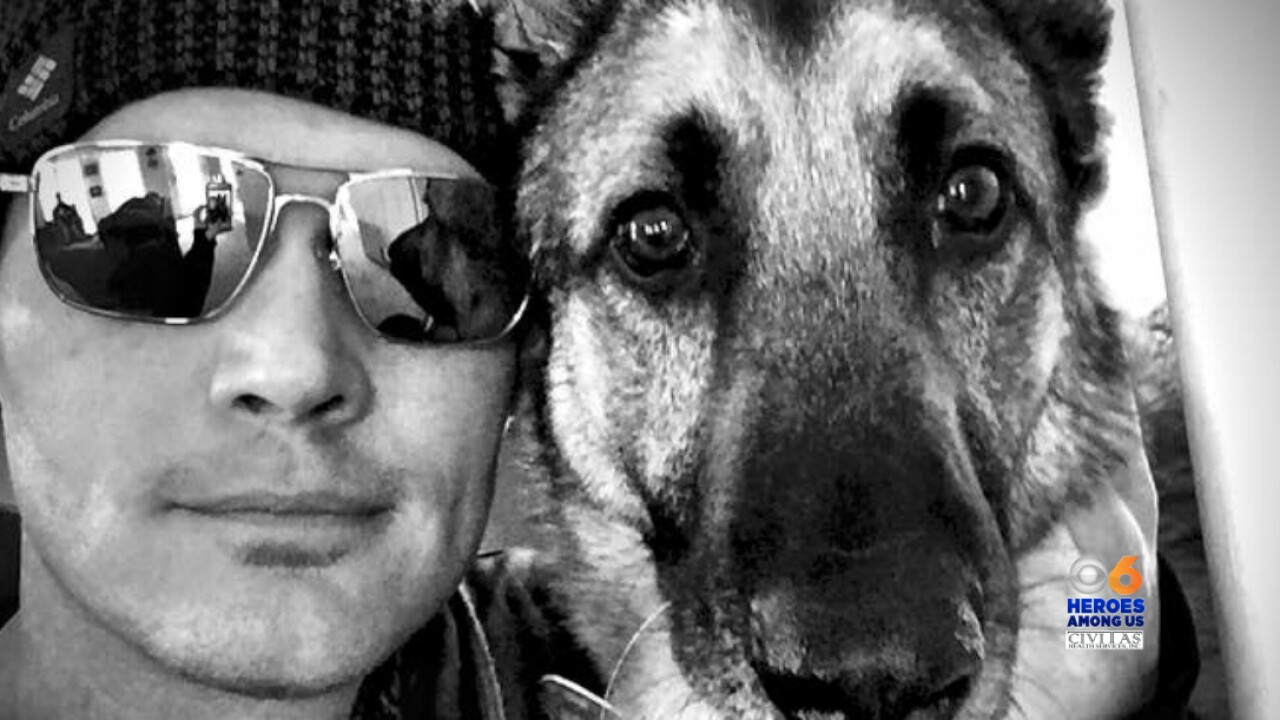 FREDERICKSBURG, Va. -- Captain Jason Haag has never been one to shy away from a challenge. While serving our nation during two tours in Iraq and one in Afghanistan, Captain Haag experienced hell on earth.

"We went to war with Iraq and my life changed dramatically after that," he said. "My Iraq tour in 2003 was probably my worst."

The proud U.S. Marine from Fredericksburg was shot and lost friends during the war. When he returned home, demons from post-traumatic stress disorder got the better of him.

"I definitely didn’t do anything about it, I just went in on myself. I crumbled. Hit my breaking point. And I was just done," he said.

His downward spiral affected not just him, but his family. Four years ago Jason hit rock bottom. He needed saving. So he turned to a stranger. Who just happens to have a tail.

"That is where my wife gave me an ultimatum," Jason said. "One more shot. And that is where I found Axel."

Axel a four-year-old German Shepherd stands by Jason’s side. Always.

"He is smarter than I am," Jason said. "It has been amazing ever since."

Axel keeps a watchful eye on his human companion. He senses when Jason may have flashbacks. He also calms Jason’s frayed nerves in social settings like a restaurant or the mall.

"I knew emotionally and physically I was going to be okay," Jason said.

This trained service dog is helping Jason recover day by day. Like his fellow Marines, the devoted Axel has Jason’s back.

"If that doesn’t define the word ‘hero’ I don’t know what the word means," Captain Jason Haag said.

Now as the National Director of Military Affairs with the American Humane Society Jason encourages four paws for any military man and woman in anguish.

"It is the one of the best things I can recommend to a veteran who is suffering like I am," he said.

Through thick and thin and even some shedding, Axel and Jason have redefined what it means to be man's best friend.

"He is phenomenal. He is a great dog. He learns new commands every day. He is a phenomenal animal," Jason said. "I love him to death."