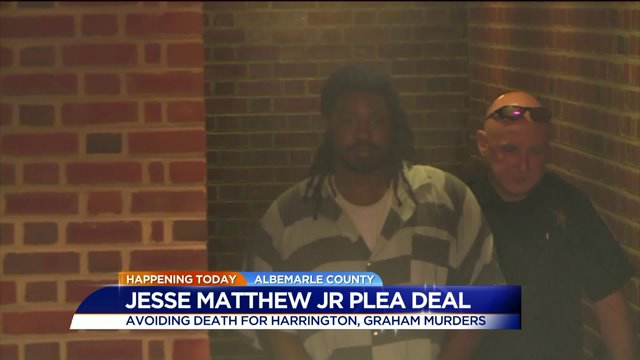 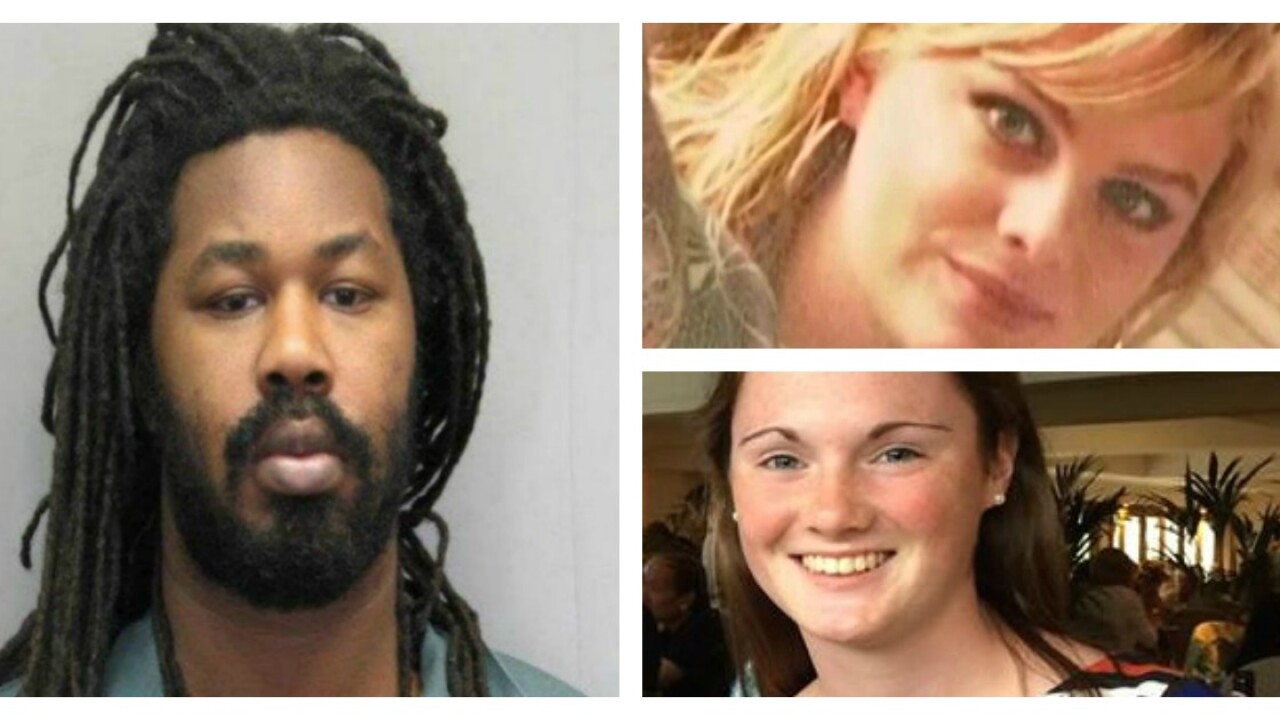 CHARLOTTESVILLE, Va.  -- Jesse Matthew, Jr. -- accused in the murders of University of Virginia student Hannah Graham and Virginia Tech student Morgan Harrington -- is set to appear in an Albemarle County courtroom Wednesday. There, he was expected to enter pleas in both cases.

Both families told CBS 6 they supported the plea.

"This is not a celebratory time of time of fist-pumping joy," said Gil Harrington, Morgan Harrington's mother. "Our daughter is still as dead as she was in 2009."

"The expense and cost is so much more than money. It's resources and man power in such a small prosecutor's office," he said. "They now will be able to focus on prosecuting things that they have. Perhaps preventing this from happening in the future."

Under the terms of the agreement, Matthew would serve life in prison with no chance of appeal or release, sources told CBS 6.

CBS 6 News will be inside the courtroom for Wednesday's hearing. Be sure to follow WTVR.com and the WTVR app for updates, and watch a live report on the CBS 6 News at Noon.