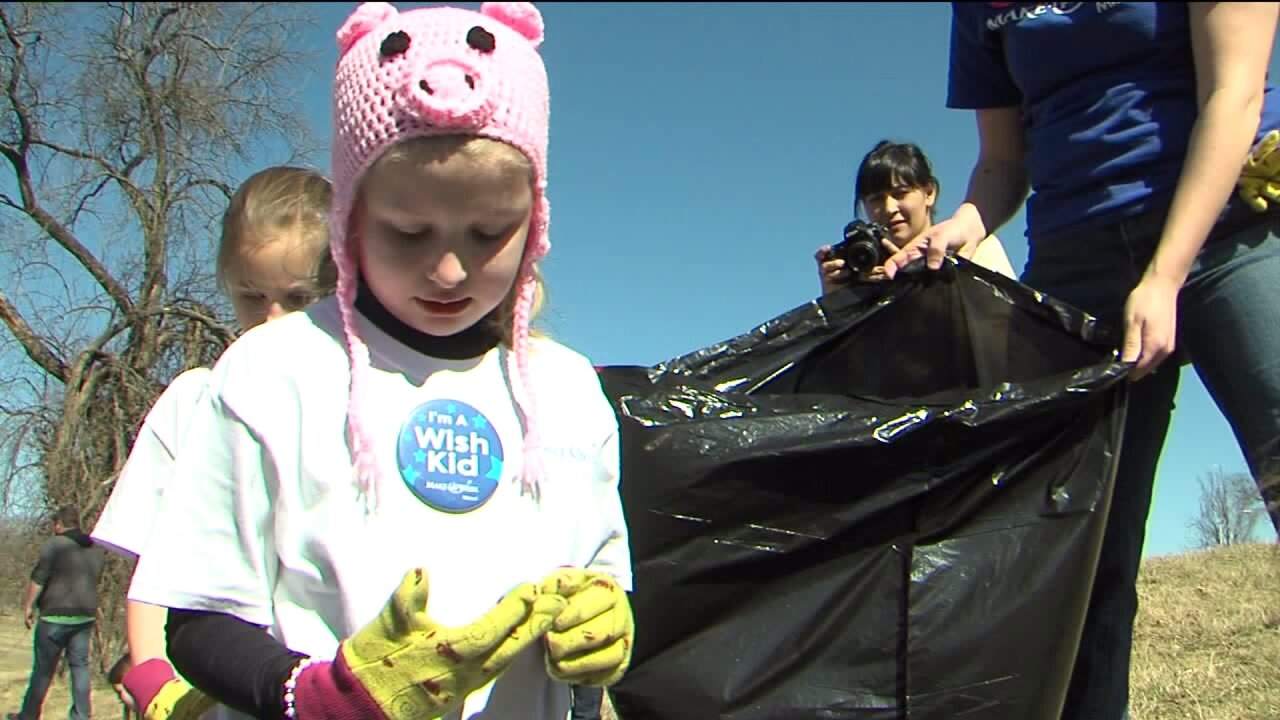 KANSAS CITY, Mo. -- An eight-year-old Missouri girl battling brain cancer was given the chance to wish for anything and, as WDAF reports, what she came up with has inspired those around her.

Make-A-Wish gave Amelia Meyer the chance to wish for anything, but instead of choosing something extravagant like meeting her favorite musician or going to a theme park, all she wanted to do was pick up trash.

“It doesn’t look nice and another reason is because it can stay dirty and it can get animals sick,” the eight-year-old said.

Ameila's mother, Jill Meyer said she wasn't surprised at all. “She’s always been that kid I cannot get inside.”

“Last night I asked her, I said, ‘Are you excited about tomorrow?’ And she said, ‘I am so excited.’ And I said, ‘Why?’ And she goes, ‘Because I get to pick up trash!’” Jill Meyer said.

Amelia couldn’t believe the community response, “I thought there was just going to be some people, not this much.”

This lead a social media movement across the world, as people picked up trash in their hometowns in honor of Amelia. People joined in by tagging posts and photos with #AmeliasWish.