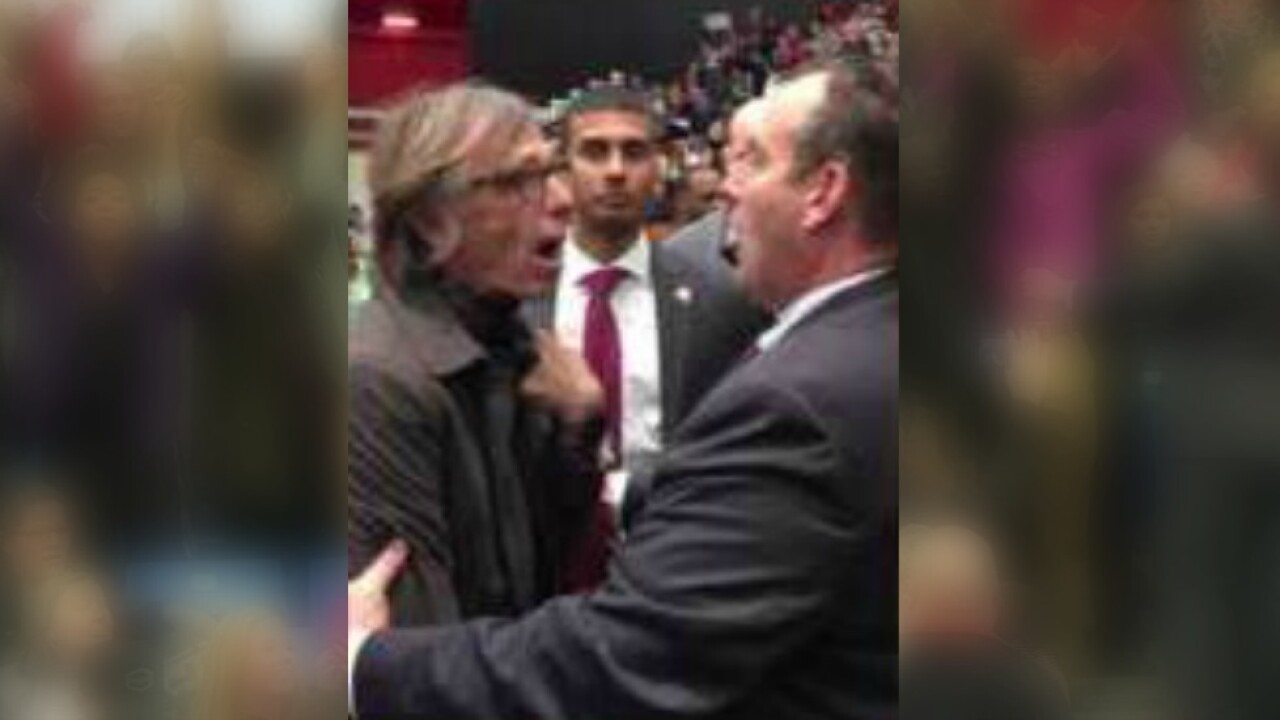 RADFORD, Va. -- A photographer covering a Donald Trump rally in Virginia said a Secret Service agent choked him and slammed him to the ground Monday as he tried to leave a media pen at the event where a protest erupted.

Time magazine photographer Chris Morris told CNN that as he tried to exit the media pen, a Secret Service agent began choking him.

"I'm not pressing charges," Morris said Monday. "I stepped 18 inches out of the pen and he grabbed me by the neck and started choking me and then he slammed me to the ground."

A Secret Service spokesman said the agency is "aware of an incident involving an employee" and will provide further details of the incident after they gather the facts.

"Our local field office is working with their law enforcement partners to determine the exact circumstances that led up to this incident The Secret Service will provide further details as warranted once additional facts surrounding the situation are known," said spokesman Robert Hoback.

The National Press Photographers Association also spoke out against Monday’s incident at Radford.

"We assert the function of the U.S. Secret Service at these events is to provide security and deescalate confrontational situations, not create them," NPPA president Melissa Lyttle said.

"It is apparent from various videos of the incident that the agent involved violently threw Mr. Morris to the ground while holding him around the neck. If indeed all Mr. Morris was attempting to do was step out of the press pen to photograph a newsworthy event happening at the rear of the room, the agent clearly overreacted."

"Additionally, statements by Mr. Trump regarding his disdain for the press and for photographers in particular may have contributed to this incident and should be remedied immediately. We also call on the U.S. Secret Service to thoroughly investigate this incident and make sure its agents are better trained in handling the media while protecting the candidates."

Before the incident, dozens of protesters interrupted Trump's rally, many of them linking arms and bringing the Republican presidential front-runner's stump speech temporarily to a halt.

The protest started after one activist interrupted Trump, to which he responded by asking the protester "Are you from Mexico?"

Some of the demonstrators chanted "Black Lives Matter," to which Trump responded with "All lives matter."

After initially resisting, the activists were escorted out of the event site.

"We are not aware of all details surrounding the incident and all future inquiries should be directed to local law enforcement," Trump campaign spokeswoman Hope Hicks said.