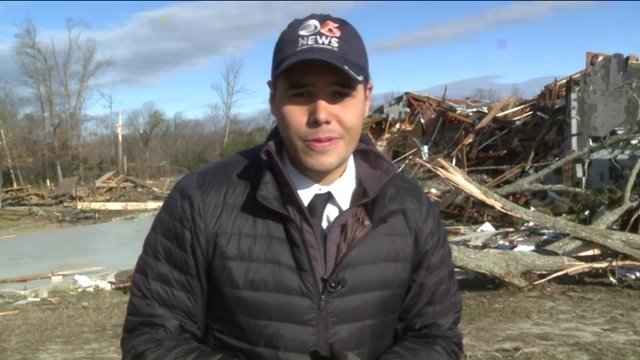 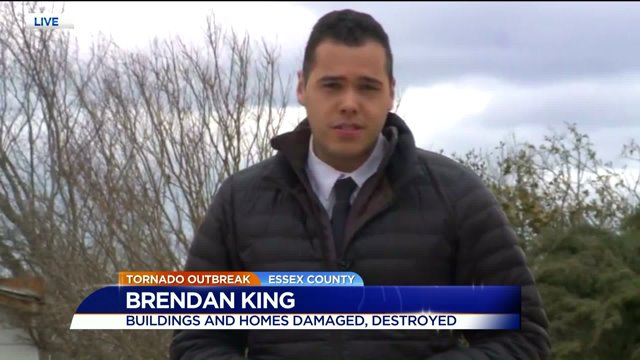 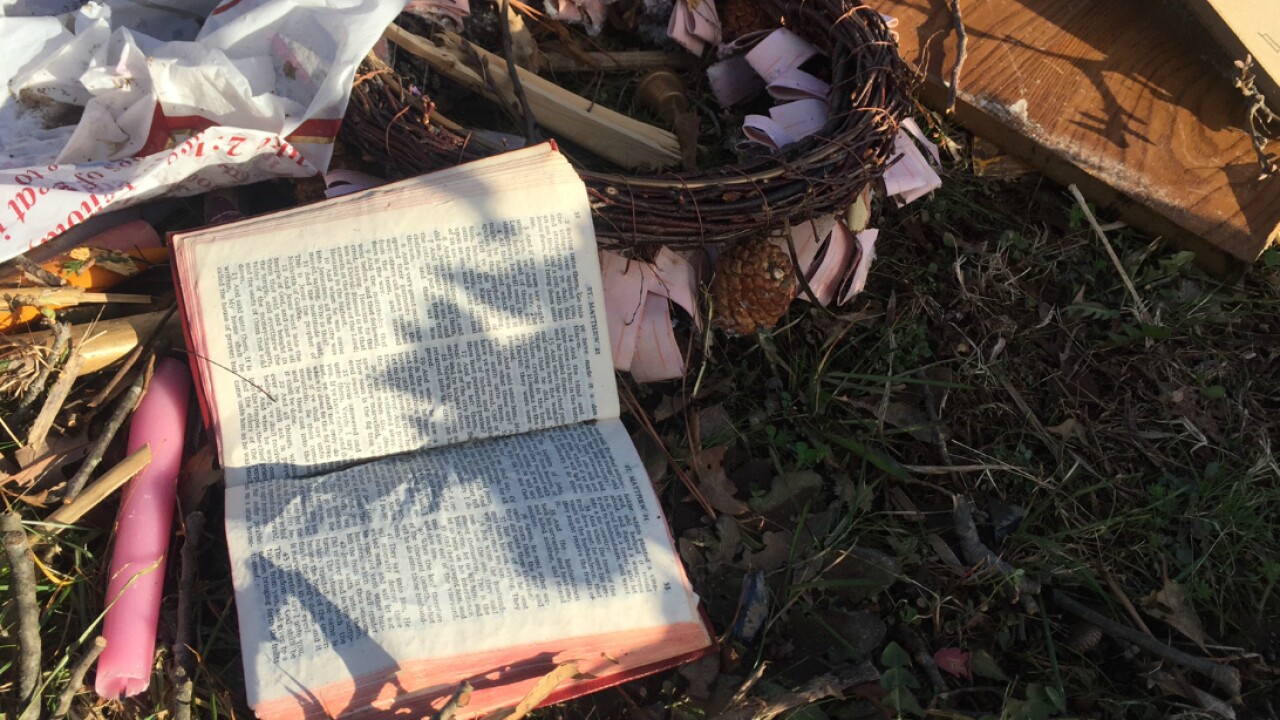 TAPPAHANNOCK, Va. -- A stack of Bibles stored at St. John's Baptist Church in Tappahannock survived the tornado that destroyed the historic church. The Bibles and song books, about two dozens in all, could be found among the ruins of the 145-year-old church, reporter Brendan King discovered.

"It looks like a war zone," church member Joe Pollard commented when he arrived at church Thursday morning. "It's a miracle no one was killed."

Bible study, scheduled for Wednesday night, had been cancelled due to the approaching storms. No one was injured at the church.

One church member told King renovations had recently been completed over the summer.

Wednesday's storms devastated other parts of Tappahannock. At least 25 people were hurt, according to Virginia State Police. There have been no confirmed fatalities in the Essex County town.

The destruction was widespread with at least 15 buildings destroyed and another 30 buildings damaged.

"We were sitting in the middle of the home when it came through," Neil Harvey, who had a tree damage his house, said "It demolished everything."

John Wynder and his family hid in the bathroom as a tornado took the roof off their Tappahannock home.

Neighbors in Tappahannock told King  their friends and loved ones suffered injuries like internal bleeding and broken limbs. Emergency crews, they said, had to help rescue a mother, father, grandmother and infant from a home.

Emergency officials said some of the injuries people suffered in Tappahannock were life threatening.

If you have storm photos or videos, you can submit them here.