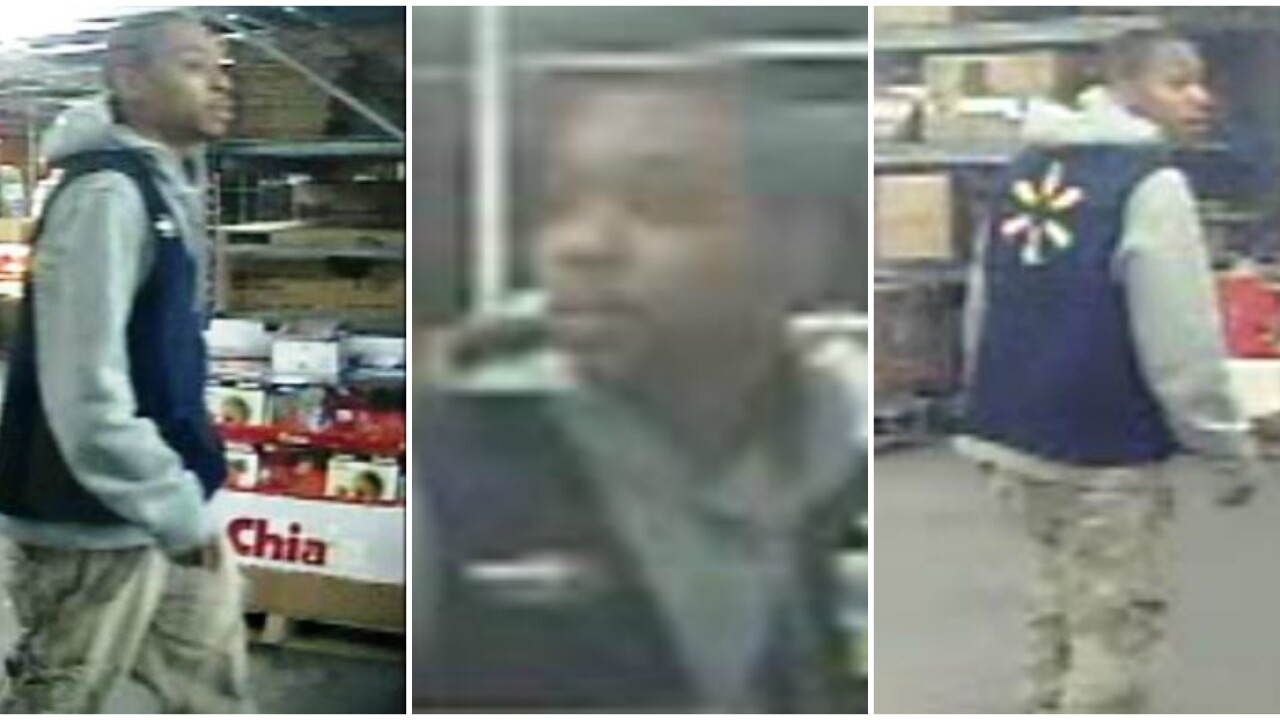 CHESTERFIELD COUNTY, Va. — Things are not always as they seem. Such was the case at the Colonial Heights Walmart last month when a man dressed in a Walmart uniform was seen in the store’s stockroom.

“He loaded four flat-screen televisions onto a cart and pushed them out of the store through an emergency exit. They were loaded into a waiting, full-size SUV,” a Chesterfield County/Colonial Heights Crime Solvers spokesperson said. “Unfortunately, the man was not an employee of that Walmart or of any of the neighboring Walmart stores.”

The crime was reported Thursday, January 14, at 7 p.m.

Police described the suspect as a black man in his early 20s. 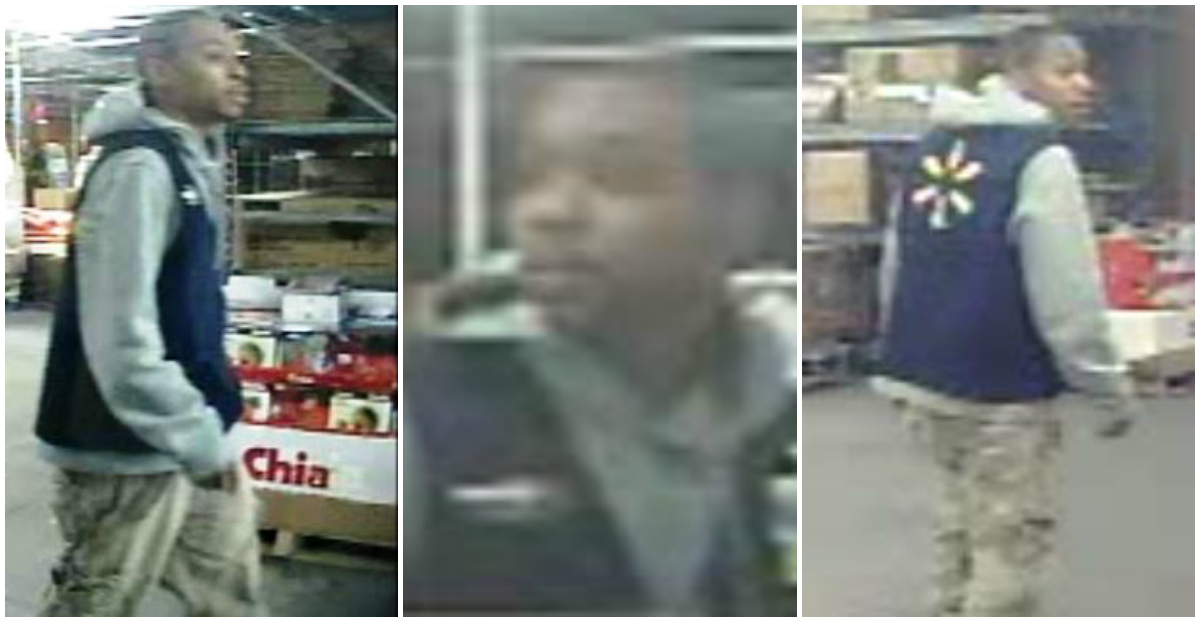 “He was approximately 5 feet 10 inches tall and had a thin build. He wore tan cargo pants and a light gray, hooded sweatshirt under the blue Walmart vest,” the spokesperson said.

Anyone with information was asked to call Chesterfield County/Colonial Heights Crime Solvers Program at 804-748-0660.