The VCU students behind the Black Excellence viral video 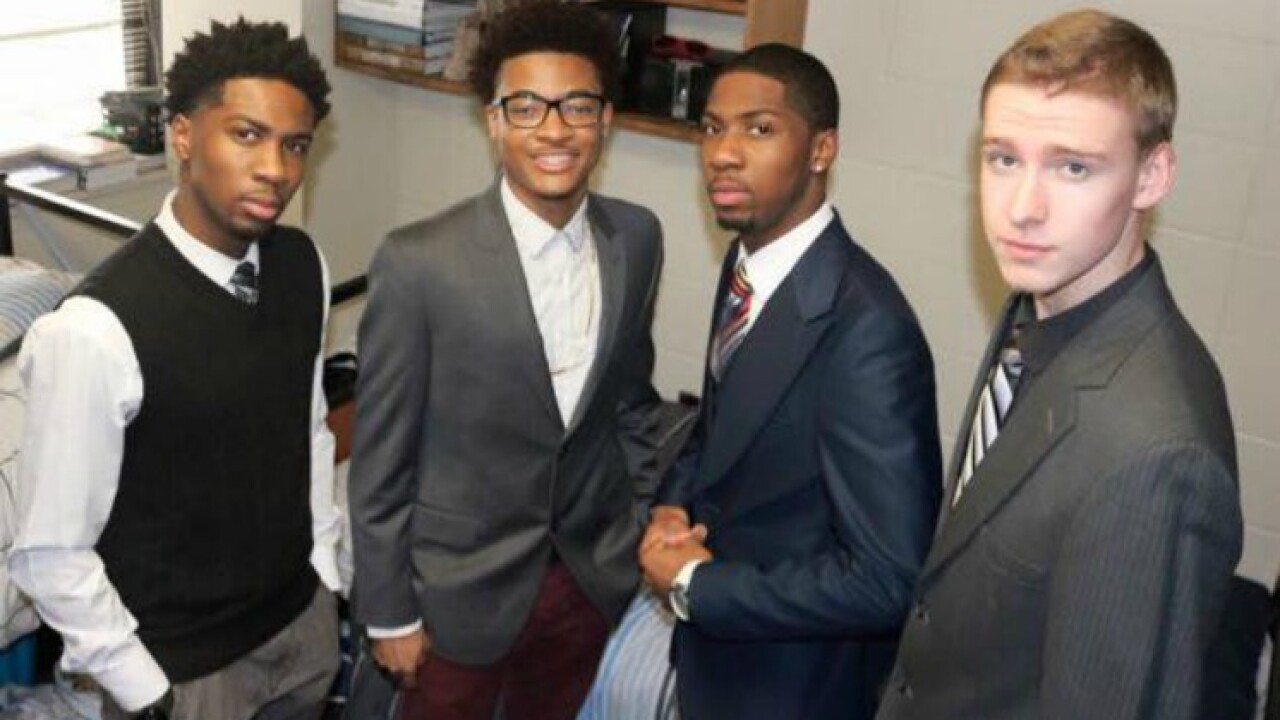 RICHMOND, Va. — Rap cyphers started in the early days of hip-hop on urban playgrounds and in concert halls. But recently, they have garnered notable attention on social media.

The latest cypher sensation on YouTube, Twitter and other platforms is by a group of Virginia Commonwealth University students rapping about their majors in the medical field. Over the past month, the group’s breakout video has been watched more than 37 million times and received national attention.

Donning dapper suits and ties, first-year students Jonathan Brooks and twin brothers Terrence and Terry Everett were the participants in the 30-second video. Schyler Landrum, who lives on the same dormitory floor, recorded the cypher on a smartphone.

“We were just sitting around in the dorm, and we didn’t really have anything to do. So we were like, ‘Let’s bust a rhyme really quick for Twitter.’ We didn’t expect it to blow [up] like this but it did, and that’s a blessing,” Terry Everett said in an interview with a local culture blog, Rich City.

The students posted the video on Twitter on Martin Luther King Day with the hashtag #BlackExcellence – shorthand for looking smart and being smart. Within days, the video exploded all over social media. It was reposted on numerous social media sites, amassing a combined 37 million views. Since then, the young men have added two more videos to the “Black Excellence” series.

The original video has received an outpouring of support from social media blogs, celebrities and the local community. Sway Calloway, host of the popular satellite talk show “Sway In The Morning,” has asked to feature the students on his show.

The #BlackExcellence video was in part an answer to the “Geeked Up Challenges” – raps circulating on social media that often include explicit content about sex, drugs and violence.

“We just wanted to take something negative and turn it positive and to show kids how attractive intelligence can be,” Terrence Everett said in the Rich City interview.

For their efforts, the aspiring doctors have received branding opportunities from necktie companies and invitations to speaking engagements.

Family members helped out by creating a website, http://www.bthemovement.com. It accepts donations and sells “Black Excellence” wristbands, with all proceeds going toward the students’ tuition.

Last week, the Everett brothers and Brooks collaborated with a local producer and released their first full-length track, “Black Excellence Movement – Be the Movement.” It is available for free on SoundCloud.

“If we join hands together and touch youth of all colors, we can be a movement that personifies excellence of children of all colors,” the group said on its website. “Dr. Martin Luther King had a dream that one day we would all join together for a greater good. We embody his philosophy and are doing our part to make our nation greater.”

Editor’s note: CNS reporter Sterling Giles is a writer and social media representative for Rich City, a blog about art, music and culture in Richmond.