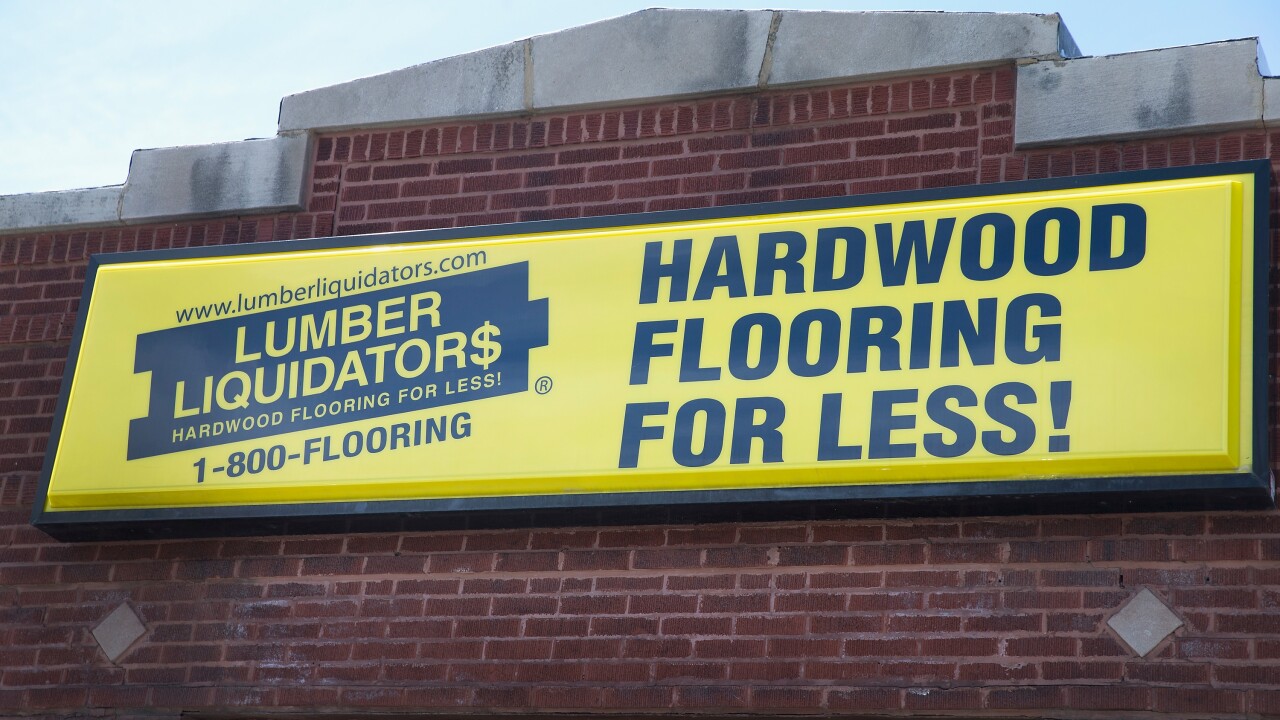 RICHMOND, Va. — Shares of Virginia-based Lumber Liquidators plunged 15 percent early Monday in the wake of a government report that said certain laminate flooring posed an increased cancer risk. The Centers for Disease Control issued a report on Feb. 18 that raised its estimate of the cancer risk from formaldehyde in some laminate flooring.

The CDC says it could result in between 6 and 30 cancer cases per 100,000 people exposed to the flooring. It had previously estimated between 2 and 9 cases.

The CDC report does not say whether the flooring it studied is still being sold at Lumber Liquidators, and it does not mention the company by name. But the new report triggered press reports over the weekend that tied the increased cancer risk to Lumber Liquidators’ products.

The company did not respond to a request for comment Monday morning.

The stock of Lumber Liquidators had climbed 17 percent since that earlier CDC estimate, which was seen as favorable to the company.

Lumber Liquidators had been facing charges that its flooring posed a cancer threat since a report on 60 Minutes a year ago. The company denied the flooring was unsafe, but sales plunged and its CEO resigned. The company eventually halted the sale of the controversial flooring from China.

The company eventually reached a $10 million settlement with the Justice Department last fall and pleaded guilty to making false declarations on import documentation about the source of some of its flooring.