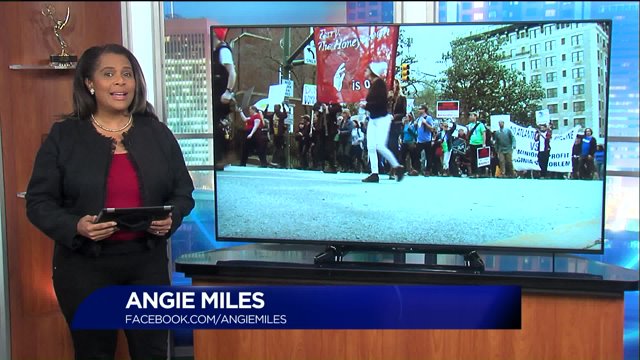 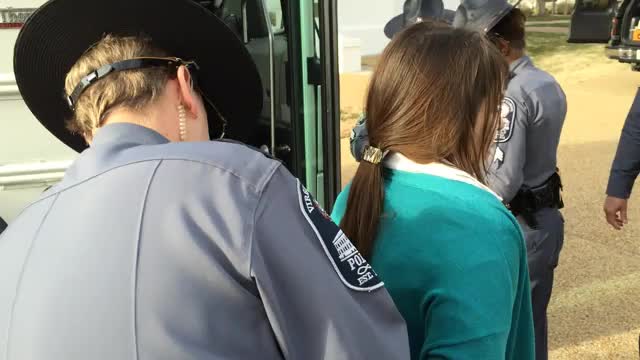 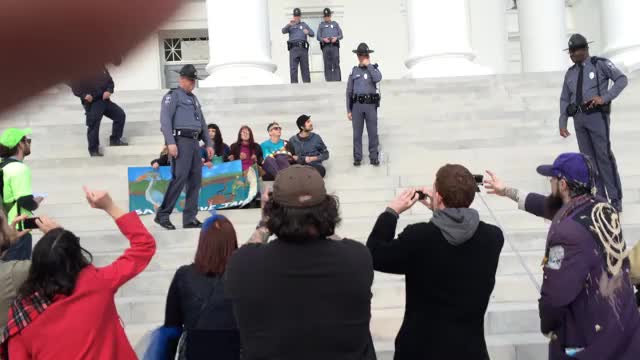 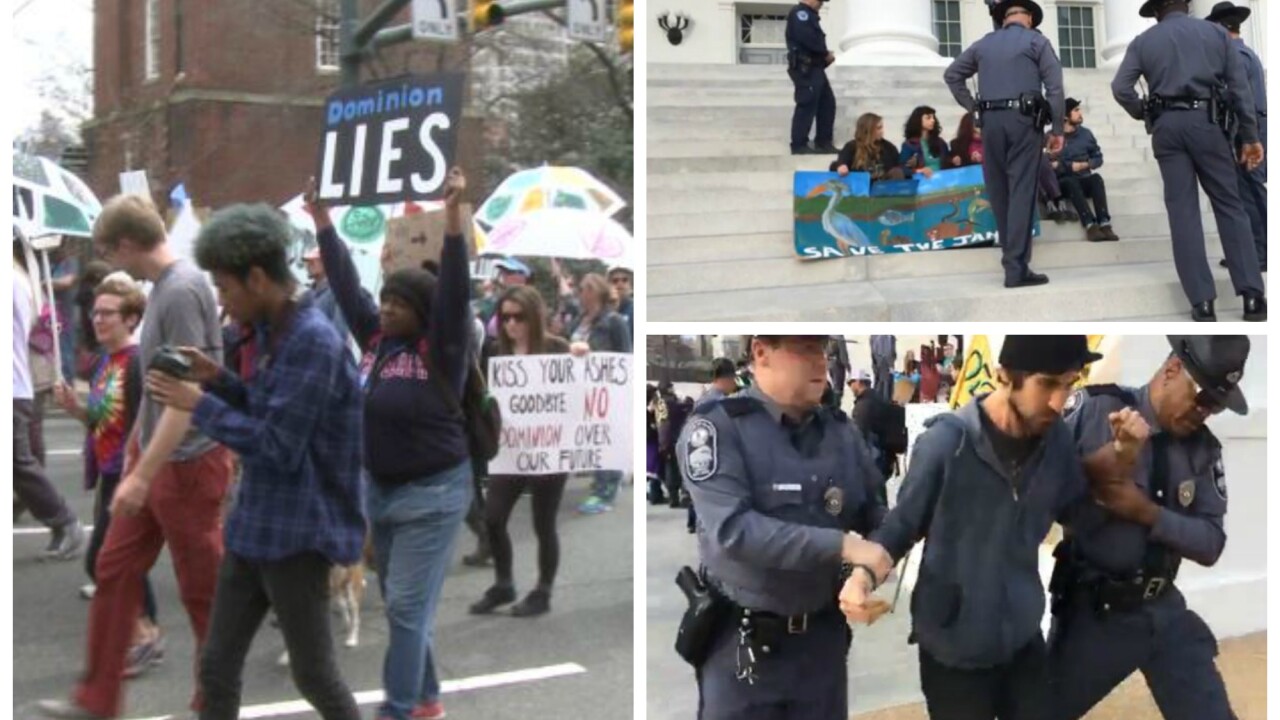 RICHMOND, Va. -- Eight protesters were arrested Saturday as hundreds of Virginians marched in downtown Richmond Saturday in protest against a recent permit that would allow Dominion Virginia Power to discharge 350 million gallons of coal ash pond water into the James River.

Capitol Police confirm the six women and two men have been charged with trespassing for protesting on the capitol steps.

Col. Steve Pike of Capitol Police said the protesting group had two permits to be at Bell Tower, but then the group marched down the street to the State Capitol with 200 to 300 people.

He said the group was in violation of permit conditions at that point.

Police gave an order to disperse from the Capitol steps, but eight did not. Police then waited 50 to 60 minutes until resources were in place to arrest the protesters.

The protesters have been released and their court date is March 24.

Organizers of the event, No ACP, a chapter of the Blue Ridge Environmental Defense League, said their demand is an immediate repeal of the recent permits.

Under the January agreement, Dominion will drain water from three coal ash ponds at Bremo Bluff Power Station in Fluvanna County into the James River.

Coal ash is left over from burning coal and is commonly stored in retaining ponds generally on site of coal burning power plants.

Coal ash waste water, according to environmentalist is what will be released into the James River.

Protester Margarette Dobbins told CBS 6 she loves the James River and doesn’t want to see any harm done to it.

“I like to spend time at the river, I like that the eagles have made a comeback,” Dobbins said. “I hope they will reconsider dumping in the river.”

Dominion and the Department of Environmental Quality (DEQ) officials have both declared the plan is safe for humans and aquatic life.

Tattiane Pena of ACP said the DEQ needs to ensure that our waterways and communities are protected.

“Dominion now has a proven track record for negligence and misrepresenting their actions to both state and federal agencies,” Pena said.

Dominion maintains no coal ash is going into Virginia waterways and that there has been a lot of misinformation circulated about the process.

They said the permit is designed to protect the James and that the company, according to a spokesperson, “intends to fully comply with all state and federal requirements.”

Friday the company released resources intended to help educate the media and the public.

There are several times where the media and concerned citizens have reported that “coal ash” will be going into the waterways.