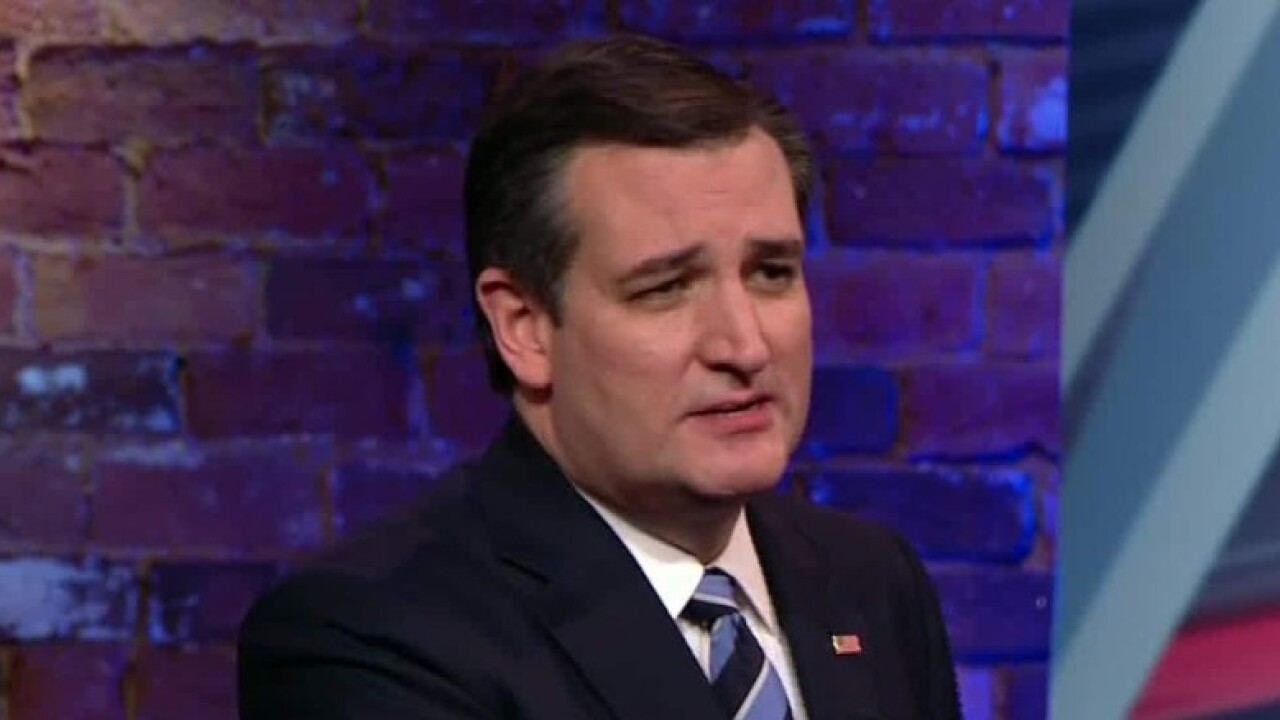 NEW YORK — Ted Cruz has promised voters his tax reform plan would simplify their income taxes so much that Americans could do their taxes on a single postcard.

The details of the Republican presidential candidate’s plan suggest that may be a slight exaggeration. But his plan is “much simpler than current law and than the other [Republican candidates’] plans we’ve analyzed,” said Len Burman, director of the Tax Policy Center, which released its analysis of Cruz’s plan on Tuesday.

That’s because Cruz would impose a single flat rate on wages and salaries, get rid of most tax breaks, eliminate whole taxes like the payroll tax, and tax businesses at a single broad-based consumption rate.

There is one big way, however, that Cruz’s plan is very much like his Republican competitors’ in the race for president: It would explode the nation’s debt over time, unless unrealistically large spending cuts are imposed.

The Tax Policy Center estimates that his plan would add at least $8.6 trillion to deficits over the first decade, and by more than $12 trillion in the second decade.

Another way Cruz’s plan echoes that of his fellow GOP candidates: It would disproportionately benefit the rich.

Here are some key details from the Texas senator’s plan:

Cruz would repeal the payroll tax, the alternative minimum tax, the estate tax, the Medicare surtax on income and investment imposed by Obamacare, and the corporate tax.

Bye-bye tax breaks but for a few

Cruz would get rid of all deductions, except those for mortgage interest, charitable contributions, and retirement savings.

But he would only allow mortgage interest deductions to be taken on loans up to $500,000, half of what it is today. And the tax incentive to give to charities would be reduced since one would only be able to deduct 10% of the money, down from rates as high as 39.6% today.

He would also get rid of all tax credits other than the earned income tax credit and child tax credit.

Cruz wants to create one big tax break of his own, however: Filers could deduct up to $25,000 a year if they put it in a Universal Savings Account.

Change how businesses are taxed

In place of today’s corporate tax, Cruz wants to impose what he calls a business flat tax of 16% on their sales minus their purchases from other businesses (e.g. for supplies). They would no longer, however, be able to deduct the costs of wages and salaries.

Even though Cruz objects to his proposal being called a value-added tax, that’s exactly what the Tax Policy Center calls it. (Here’s why.)

The flat tax — or VAT — could reduce wages somewhat, the analysis asserts, because the 16% rate is higher than the payroll tax rate that employers pay today and which would be repealed under Cruz’s plan. Both taxes reflect the cost of employing people, and as such is part of the calculation an employer would make in deciding what a worker’s wage should be.

What the plan means to taxpayers’ bottom line

The Cruz plan would cut taxes for everyone in 2017 by an average of $6,100, boosting after-tax income by 8.5%, according to the Tax Policy Center.

But the bulk of those tax cuts would flow to the richest of the rich. The analysis estimates that the top 0.1% of filers (those with incomes over $3.7 million) would see a boost in after-tax income of $2 million on average, or nearly 29%.

Middle-income filers would get an average tax cut of $1,800, providing a 3.2% boost to their after-tax income.

The lowest-income filers, however, would barely notice a difference — enjoying an average tax cut of just $46, or 0.4% of income.

By 2025, the analysis finds that those in the lowest income group might even see their taxes rise a bit, by $116 on average.

There are plenty of elements in the Cruz plan that could benefit the U.S. economy, the Tax Policy Center found.

“Repealing the corporate income and payroll taxes, imposing a new VAT, and significantly reducing individual income tax rates would boost incentives to work, save, and invest if interest rates do not change. The plan would also remove most of the tax distortions in the allocation of capital,” according to its report.

But it cautioned that all those good effects could be undermined unless there are “unprecedented cuts in federal spending” to ensure the Cruz plan doesn’t add crippling amounts to the nation’s already high debt load.