1 critically injured, 4 others hospitalized after helicopter crashes in Pearl Harbor 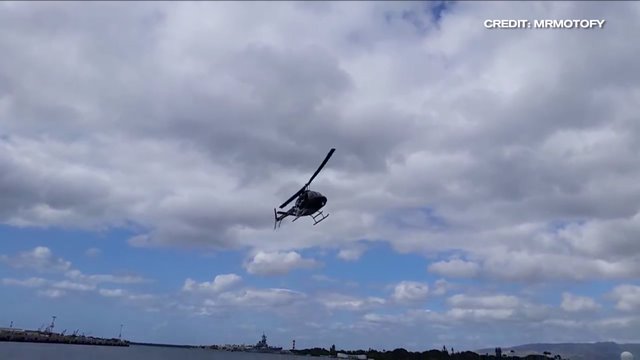 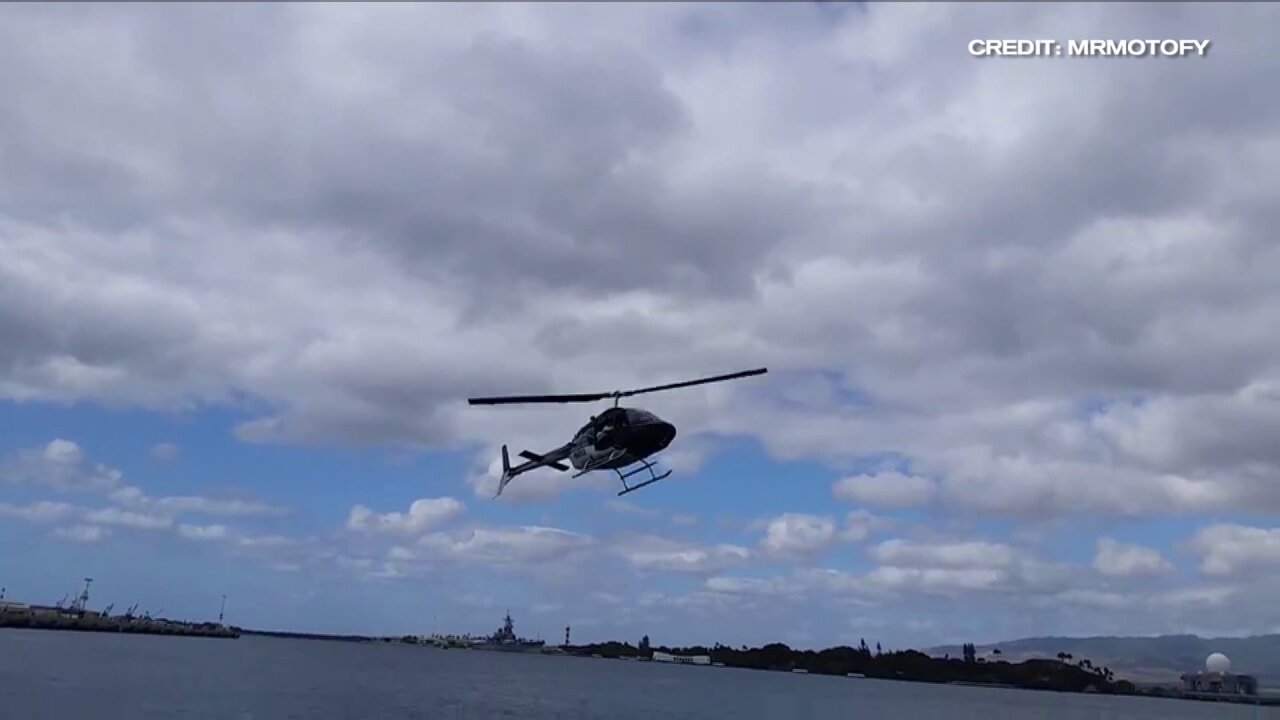 Shawn Winrich had just gotten off the boat that takes visitors to the USS Arizona Memorial in Pearl Harbor when he decided to use his smart phone to snap photos of the beautiful scenery.

As he clicked away, he noticed a helicopter dropping in altitude near the hundred or so people gathered at the Remembrance Circle.

Something was odd, he told CNN affiliate KHON, so he switched the camera to video.

"But then it started coming really low, and kinda coming straight at me," he told the Honolulu station. "It seemed out of place and not normal."

The serendipitous video of the helicopter, with five people aboard, smacking down into the water and rolling over, ends quickly after the crash.

The Thursday morning accident occurred just 40 feet from him and he felt like he needed to help.

"Immediately everybody just started running to help," he said.

Winrich said three people surfaced right away followed by a fourth, but they told would-be rescuers that they couldn't find the fifth person.

Chris Gardner of Keawe Adventures said he heard the copter crash into the water and ran to help. The lifelong resident of Hawaii dove into the water where he and a Naval police officer came upon the victim still strapped into his seat in the rear of the helicopter. The water was about 10 feet deep, Gardner said.

They took turns cutting the seat belt, he told KHON until the officer pulled him out and up to the surface.

A spokesman for Honolulu Emergency Medical Services said the 16-year-old boy was in critical condition. Two other patients -- a 50-year-old man and a 45-year-old woman -- were hospitalized and are in stable condition. Spokesman Shayne Enright said the two other patients were transported by the Federal Fire Department. There was no immediate word on their conditions.

Daniel Rose said he thought the pilot was trying to avoid hitting the tourists.

A woman who was in the crowd said people screamed to look out.

"When we first saw it I actually turned and said, 'Do those land on water? Because that looks like it's coming," Darla Thompson said. "And then within like a second somebody else yelled to get down and then we just turned and tried to take cover. "