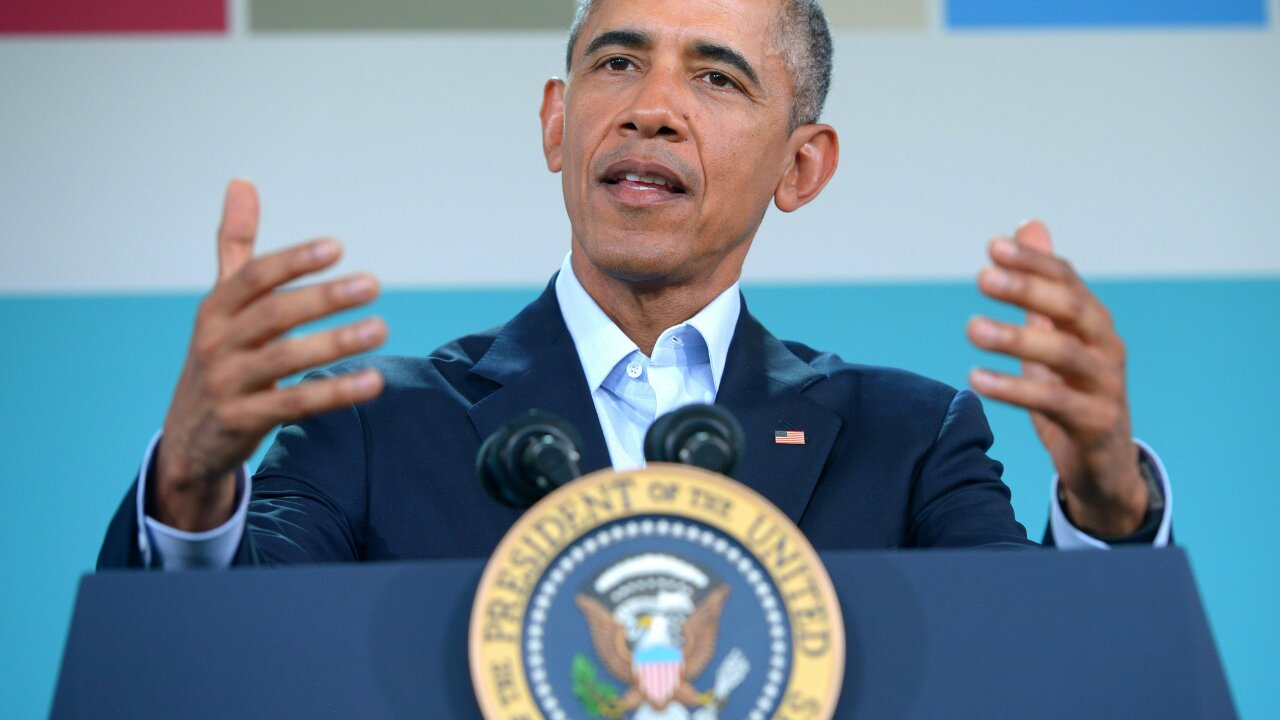 US President Barack Obama speaks during a press conference following a meeting of the Association of Southeast Asian Nations (ASEAN) at the Sunnylands estate on February 16, 2016 in Rancho Mirage, California. / AFP / Mandel Ngan (Photo credit should read MANDEL NGAN/AFP/Getty Images)

WASHINGTON — President Barack Obama will visit Havana, Cuba, March 21-22, according to a Medium post by deputy national security adviser Ben Rhodes. The President announced the news via Twitter on Thursday.

“14 months ago, I announced that we would begin normalizing relations with Cuba – and we’ve already made significant progress,” he tweeted. “Our flag flies over our Embassy in Havana once again. More Americans are traveling to Cuba than at any time in the last 50 years.”

“We still have differences with the Cuban government that I will raise directly. America will always stand for human rights around the world,” he tweeted. “Next month, I’ll travel to Cuba to advance our progress and efforts that can improve the lives of the Cuban people.”

Rhodes said first lady Michelle Obama will accompany the President, who will be the first since since Calvin Coolidge to visit Cuba while in office. He did so in 1928.

“President Coolidge traveled to Cuba on a U.S. battleship, so this will be a very different kind of visit,” Rhodes wrote.

The trip, long expected, comes after Obama’s administration formally reopened ties with Havana in late 2014, following a half-century of enmity.

The visit was first reported Wednesday by ABC News.

The Florida senator said that if he were president, he would not visit the island nation — unless it were a “free Cuba.”

The Cuban government is “an anti-American communist dictatorship,” said the Cuban-American senator, who has been an outspoken critic of Obama’s Cuba policy. “They’re a repressive regime.”

“I think it’s a real mistake. I think the President ought to be pushing for a free Cuba,” Cruz said at the same town hall. “My family has seen firsthand the evil and the oppression in Cuba. We need a president who stands up to our enemies.”

The American embassy was reopened and a U.S. flag raised at the compound on Havana harbor in August.

Since then, high level U.S. officials have traveled to the island, including Secretary of State John Kerry and transportation chief Anthony Foxx.

That meeting, which transpired during a summit in Panama, was regarded as a breakthrough. But images of the American President stepping onto Cuban soil will provide Obama a lasting illustration of his adage that diplomacy with traditional U.S. foes can yield concrete results.

Last week, U.S. air carriers entered a bidding war to secure routes to Cuba after both nations signed an agreement to resume flights between the island and the United States.

U.S. travelers, who previously were required to adhere to strict conditions for visits to Cuba, are now able to apply for a broad range of travel licenses, included trips for cultural exchanges and humanitarian work.

But travel purely for tourism won’t be allowed until the U.S. Congress lifts a longstanding embargo, which also restricts most trade with Cuba.

Many lawmakers stand opposed to such a move, arguing the regime in place in Cuba restricts dissent and tramples on citizens freedom of expression.

Leading up to the announcement of Obama’s trip, White House officials said Cuba would need to demonstrate human rights reforms before the President would travel there.

Officials say Obama could visit the island to witness a signing of a peace accord between the government of Colombia and the FARC rebel group. Obama committed $400 million to the Colombian government in his most recent budget proposal to implement the deal.