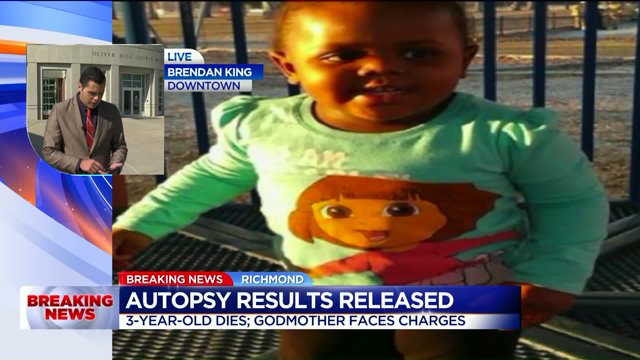 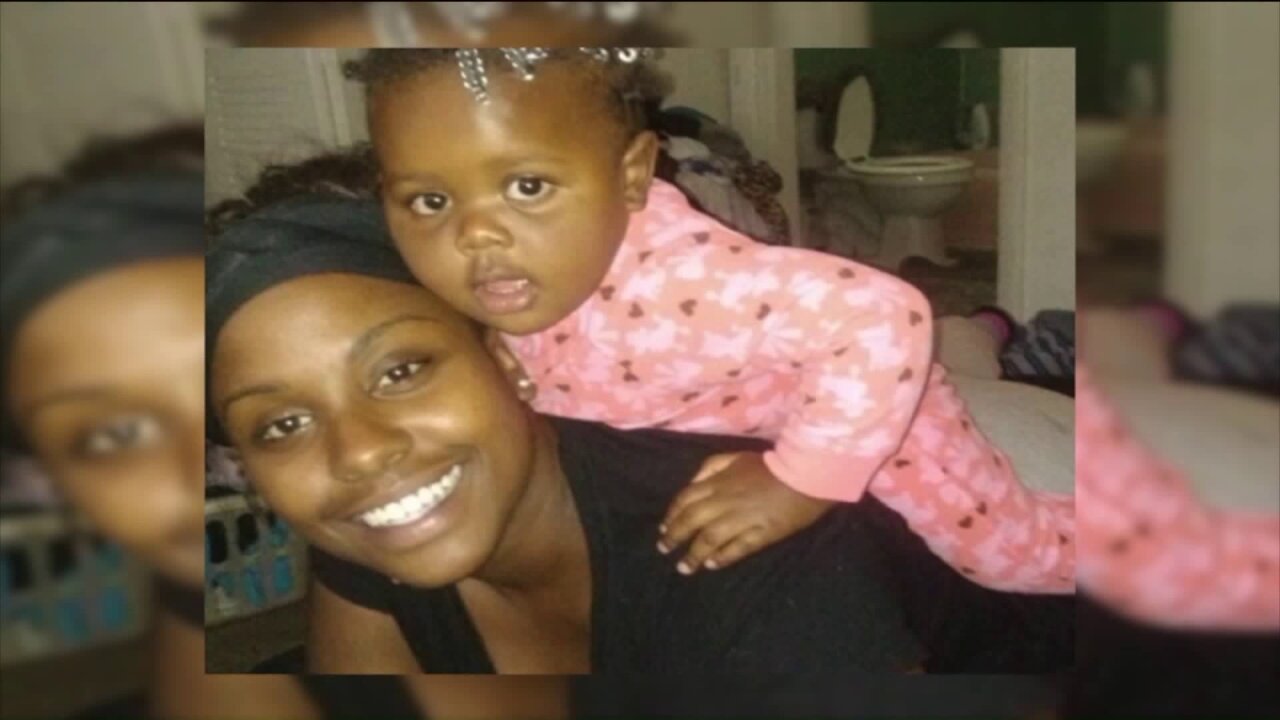 RICHMOND, Va. -- The three-year-old girl who died after she was allegedly beaten by her godmother suffered more than 60 bruises on her arms, legs, and torso, according to an autopsy report read in open court Thursday morning. The child, Latrice Walden, also suffered trauma to the back of her skull.

Judge Marilyn Goss denied bond for 24-year-old Danielle Turner during a Thursday morning court hearing. Turner, who was Walden's godmother, was arrested this week after the child died Monday.

Turner was charged with felony child neglect. Assistant Commonwealth's Attorney Eddie Nickel said he expected that charge to be upgraded to murder when the grand jury meets later this month.

Nickel said Walden's autopsy reveal the child died due to blunt force trauma to her head. Her death was ruled a homicide.

Turner was watching the child at her Chamberlayne Avenue home because Walden's mother had recently given birth. Turner claimed Latrice slipped and fell in bathtub Sunday night. When she fell, Turner said, the child hit her head on the faucet. She called 911 about Latrice's condition more than six hours later.

Turner admitted to police she "popped" the child on the head a few times over weekend. Her defense called Latrice's death a "tragic accident" and said Turner was heartbroken.

Prosecutors called the crime "heinous" and as "terrible as they come." Nickel pointed to signs that the child had suffered an intense beating over a "long period of time."

Latrice Walden's mother, Nikki Brown, cried openly in court as lawyers discussed what happened to her daughter. While Brown did not speak to reporters after the hearing, she earlier expressed disbelief over what her friend was accused of doing.

Brown and Turner have known each other for almost a decade.

Turner, who told the judge she was not a flight risk, will remain in jail without bond until her next hearing.