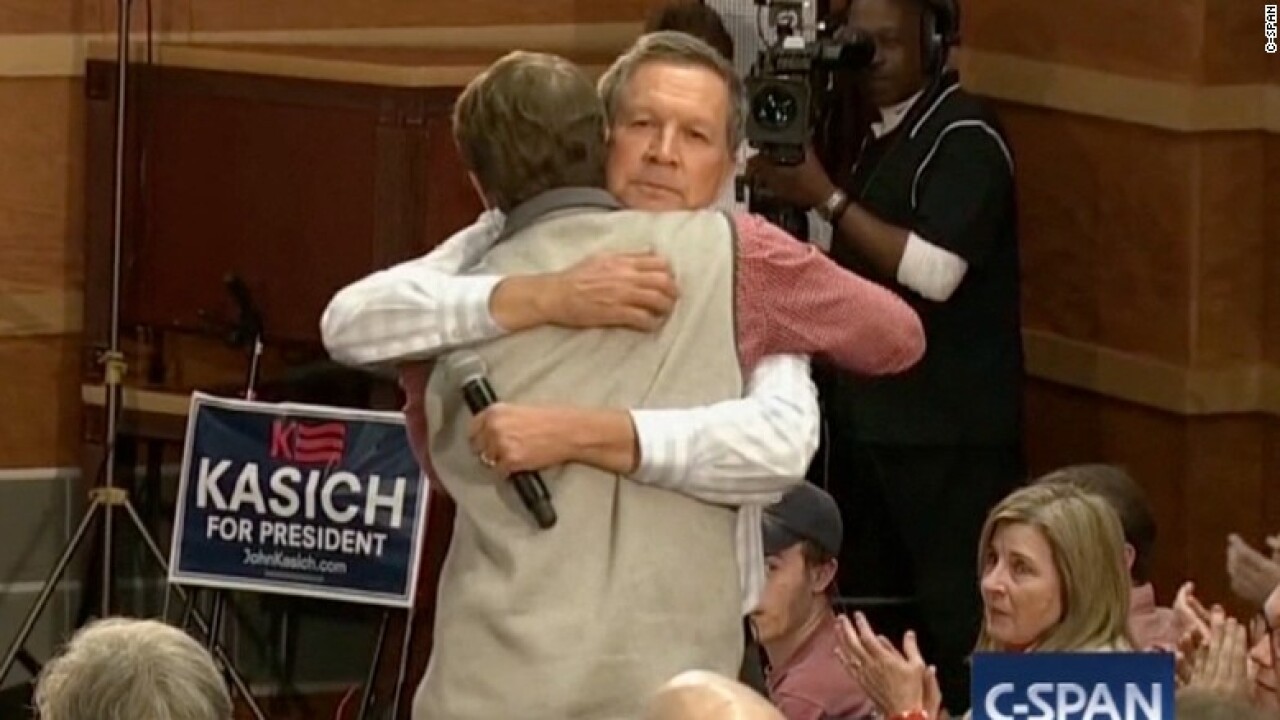 WASHINGTON — GOP presidential candidate John Kasich had a heartfelt moment at a campaign event in South Carolina on Thursday with a young supporter who was in tears after sharing a personal story.

The University of Georgia student explained that over a year ago, he was “in a really dark place” after he lost a close friend to suicide, his parents got divorced and his dad lost his job.

“I found hope and I found in the Lord and in my friends and now I’ve found it in my presidential candidate I support,” he said.

Kasich then walked up the supporter to give him a hug.

“I’ve heard about the pain of people all across this country, and what I’ve learned is we’re going too fast in our lives,” Kasich said after getting back on stage. “Let’s care about one another and not be disconnected and together we will rise this country.”