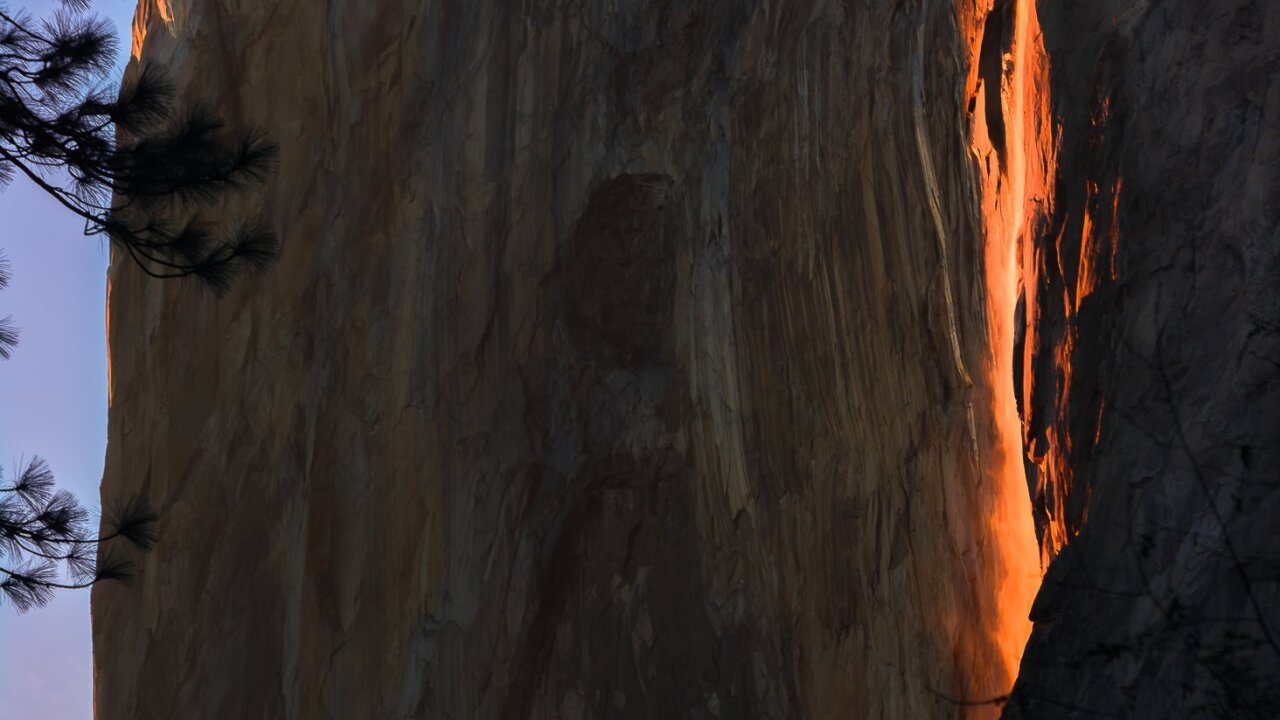 No, that is not lava flowing over a cliff.

No, that is not lava flowing over a cliff. The illusion of fire falling over Horsetail Fall in Yosemite National Park is a yearly phenomenon.

People call it the “firefall,” and it is a completely natural effect that occurs when the angle of the sun sets and illuminates the waterfall.

“It’s the way the sun happens to hit that causes the waterfall to glow in such way,” said Yosemite National Park Ranger Ashley Mayer.

This yearly occurrence only happens for a couple weeks in February.

“In late February, you’ll often see rows of photographers of all levels there catching the last rays of light in the evening,” reads the information on Yosemite Park website.

If you are wanting to capture the red and orange glow, the website suggests that the most frequent shot view is at the El Capitan picnic area of the park, in central California near the border with Nevada.

“When the fall started glowing, I couldn’t believe what I was seeing,” stated photographer Sangeeta Dey on Facebook. “For 10 minutes, all of us sat there mesmerized by this spectacle.”

This effect varies from year to year and relies on how much water is flowing in Horsetail Fall.

“Because #YosemiteValley got a lot of snow this year, the strong flow from Horsetail Falls made this a fantastic year for #Firefall and tonight’s show definitely did not disappoint,” posted Mark Willard on Instagram.